The Dos and Don’ts for a Better Letter of Recommendation 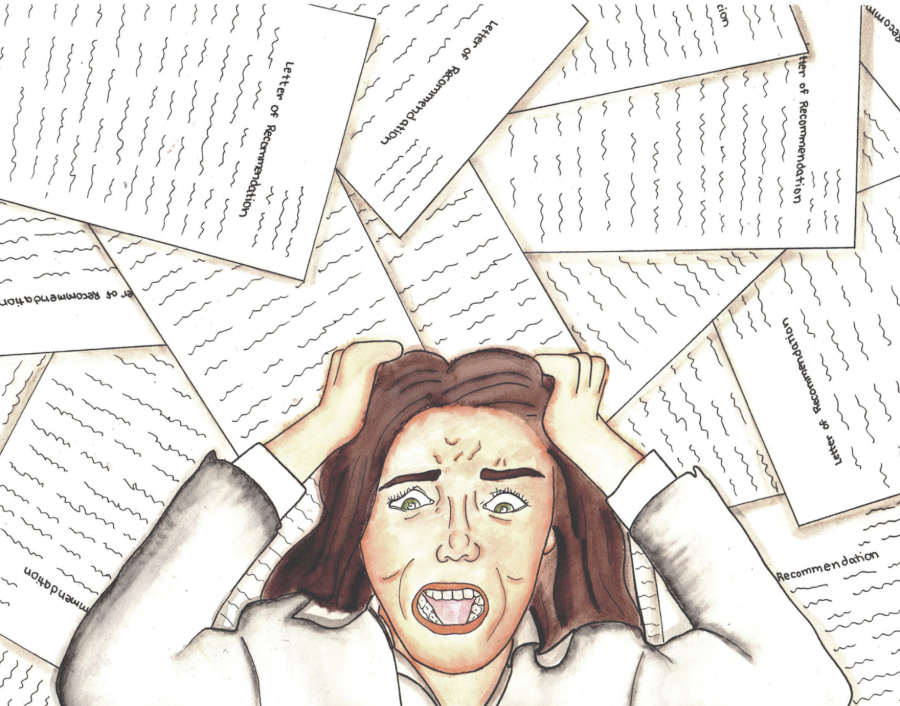 Without proper preparation from the student, writing letters of recommendation can become a very stressful process for teachers.

For many seniors, college applications are one of the most challenging obstacles they face during high school. With so many different components that go into an application, it can be confusing for students to figure out which aspect to tackle first.

One fundamentally important part that seniors had to tackle, and that underclassmen can begin preparing for, is asking for letters of recommendation. Put simply, letters of recommendation are used by colleges to assess a student’s personality, work ethic and ability to overcome challenges. Often, students will need at least one or two letters from high school teachers, and/or other references, like from an employer or adviser.

In this season, teachers at Foothill are busy writing anywhere from 10 to 80 letters based on how many students request them for these recommendations.

“I would say the average amount of letters I get each year varies depending on how many scholarship letters I’m also writing but for colleges, probably anywhere from 40 to 50,” said science teacher Mika Anderson.

To allow teachers to compose the most comprehensible and crisp letter possible, it’s important to prepare a good brag sheet.

In a brag sheet, “I want specifics,” said history teacher Cherie Eulau. “That, or aspects about them I don’t know or might not be as aware of.”

“Theoretically, someone is asking me for a letter because I know them well and have lots of good things to say anyway,” she said.

It is important for students to make connections with teachers in their underclassmen years because the best letters are bound to come from teachers they know well—where they not only performed well in their class but also formed a close bond with that teacher. Logically, why would you choose a certain instructor to write something so important if all you did during their class was be on your phone?

Teachers also request to be notified about recommendation requests with a large time frame to work in. For example, if a student were to ask a teacher like Mrs. Anderson for a letter, and she spent on average two hours per letter, with 50 letters to write, that is easily at least 100 hours. That is a lot of time, especially considering how busy teachers are already. If the brag sheet is incomplete or late, they prioritize others’ letters to keep up the pace at which they need to be written.

With the completed brag sheet in hand, the next step is to go ask teachers if they will write the letters. Students should confirm with their selected teachers that they will be able to write solid letters in order to make sure the invested time doesn’t go to waste for either the student or the teacher.

“The ideal asking process would be to come in and make an appointment to sit down because you’re asking for somebody to spend some time to write about you because these are things that are above and beyond the job requirement,” stated history teacher Dan Fitz-Patrick. For deserving students, these requests “go with the territory,” and he “absolutely loves doing it.” Fitz-Patrick also expressed that students should expect to “uphold their end of the bargain” by supplying the teacher with sufficient resources and time.

If students adhere to these general guidelines, teachers will be much more receptive to assist in writing those letters.

“As long as students understand that letters are being written on our time,” Anderson adds.

“Own your weaknesses. It’s not always about the glowing things but also how you’ve grown from your experiences.”