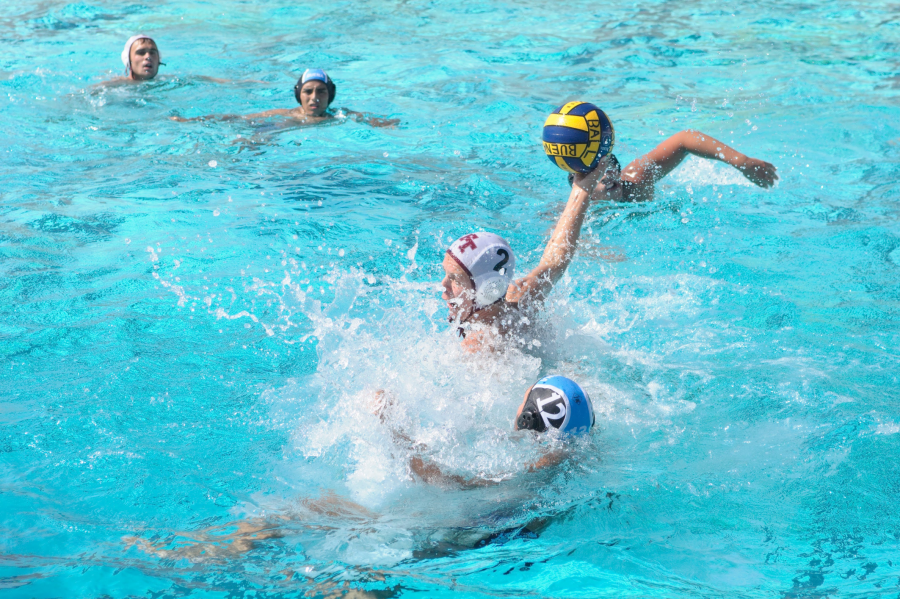 On Oct. 30, the Foothill varsity boys’ water polo team faced the Bulldogs of Buena High School in a home postseason game. The Ventura Aquatic Center played host to the two teams that were matched up in the first round of the California Interscholastic Federation (CIF) Southern Section Division V playoffs. With a second-round playoff berth at stake, the Dragons dashed the Bulldogs’ hopes at a deep postseason run with a 13-5 victory.

Notably, it was the third time in the 2018 season that the Dragons have beaten the Buena boys’ varsity water polo team. On Aug. 28, Foothill prevailed over the Bulldogs 6-5 and on Oct. 13. This game, however, was won by a more comfortable margin. According to Haines, “it feels great” to conclude the Bulldogs vs. Dragons trilogy with a perfect 3-0 record.

“We’ve had some tough games against them in the past, and this final game showed our growth,” he said. “In my opinion […] it shows how far we’ve progressed.”

The Dragons’ next challenge will come on Nov. 1 in the second round of the CIF Division V playoffs. They will travel to San Bernardino, CA, to face the Cowboys of Cajon High School (13-11), who advanced with a 10-8 win over Mission Viejo High School.

According to head coach David Wallace, the key to replicating the first round performance is having “the same energy, enthusiasm and confidence.”

Haines, meanwhile, is prepared to face “a much better team” in Cajon High School for the second round matchup.