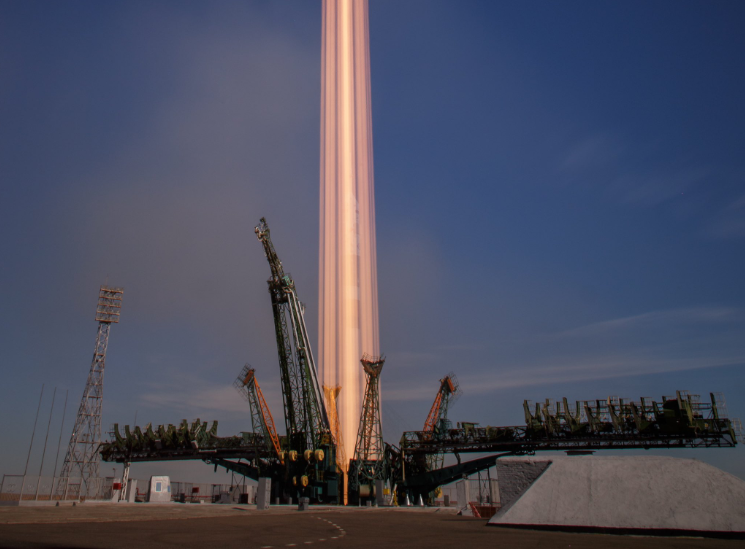 On Oct. 11, 2018, a Soyuz rocket about two minutes into its voyage to the International Space Station (ISS) experienced a booster failure. The rocket was carrying an American astronaut, Nick Hague, as well as a Russian cosmonaut, Aleksey Ovchinin. Both men were ejected from the rocket and landed safely in Northern Kazakhstan. Roscosmos, the Russian space agency, has launched an investigation to attempt to uncover what caused the booster to fail. While Roscosmos is investigating the failure of the Soyuz rocket, their fleet of rockets may stay grounded.

Both of these men were part of Expedition 57 to the ISS.  Currently, in the ISS, there is an American astronaut, Serena Auñón-Chancellor, a German astronaut, Alexander Gerst and a Russian cosmonaut, Sergey Prokopyev. All three of them arrived at the ISS in a Soyuz rocket in June 2018. The Soyuz rocket has an orbital lifetime of 200 days, meaning that within 200 days, the rocket should be relaunched back to Earth. However, as safety is a top priority, both American and Russian engineers are going to want to guarantee the safety of the two astronauts and the cosmonaut when returning to Earth. As a result, the astronauts and the cosmonaut are quite possibly marooned on the ISS until another team of astronauts is sent up in a rocket to relieve them.