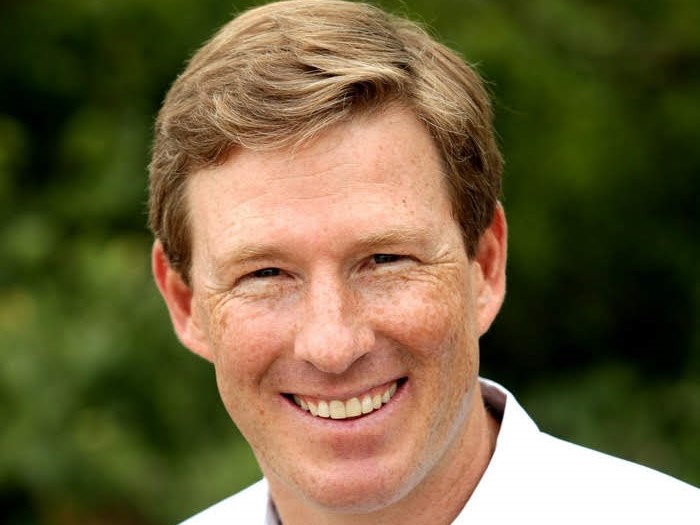 ERIK NASARENKO: I’ve been here about nine years, and I’m a deputy district attorney, so I work on behalf of the county. And when I arrived, I became a library commissioner. And then thereafter, in 2013, I was elected to the Ventura City Council, appointed Deputy Mayor, then Mayor, and now on the council seeking re-election.

INTERVIEWER: So, which measures on the ballot are you most passionate about and why would students and their families also support it?

NASARENKO: Proposition 6. It’s a big deal for Venturans and all Californians, frankly, because if it passes, we would lose approximately 2 million dollars that would go into Ventura roads, Ventura streets, Ventura street medians—basically there is a tax that is placed on vehicles and gasoline pumping. Nobody likes taxes. I’m among them, but there is a great former Supreme Court Justice Oliver Wendell Holmes who said: “Taxes are the price we pay for a civilized society.” So when we go to a 76 gas station on Victoria or Shell on Telegraph, part of that money that we pay stays right here in Ventura. So for example, we are about to repave Johnson, between the 101 and Bristol. That would be funded by almost $800 thousand in gas tax money. So if we lose Prop 6., we lose that money.

INTERVIEWER: So there are two propositions on the ballot: Proposition 2 and Proposition 12. Do you support either, both or neither? And why?

NASARENKO: You are gonna have to tell me which ones those are?

INTERVIEWER: Oh okay, Proposition 2—if I am correct in what I read—was measures to give taxes from wealthy income to those mostly having to do with mental health so the money would go to housing them. And I’m pretty sure, Proposition 12—which was the one I was a little iffy about—was about protecting animals and animal rights. If I’m correct. We can look it up real quick if you want.

NASARENKO: Yeah you know, […] I would have to look at those. I just have not studied them so I’m happy to come back if you need me to.

INTERVIEWER: We can get your answer—

NASARENKO: Yeah, I thought that for some reason this interview was about the Thomas Fire

INTERVIEWER: But that’s a big—I mean something we want to fix. Since that affected a lot of people, especially some in our school.

NASARENKO: Sure sure. Read to me the other questions just so I am—

INTERVIEWER: So the other questions are: how do you plan to strengthen the partnership between the school district and the city, and involve more students in local government? The fifth is: What do you think is the most pressing issue facing our city today and how can it be addressed? The sixth question is a quote from someone it says: Our City Council representatives should embody the values closest to our hearts because these values will guide their decisions in office; they should also act as leaders not only on Monday nights in City Hall but throughout their term in their interactions with the community—

NASARENKO: Those are all fine, Jonathan.

INTERVIEWER: So let’s move from the third question and go to the fourth. So how do you plan to strengthen the ties between school and city, and involve more students?

NASARENKO: Well, it begins by acknowledging that the ties exist already—some very strong ones. For example, we have an agreement with the Ventura Unified School District for Ventura Police officers to patrol certain high schools: Buena, Foothill and this one. And also, they are in the middle schools as well, so we have a good joint agreement with the school district. The other thing that is really important is that we continue to share public space. For example, you go to Poinsettia—and that’s here on the East End along Victoria. Those fields are open to the community and to the public. So a resident of Ventura can use them, can play sports in them, can play basketball, can take their children to the playground apparatus. That is another great cooperative measure between the city and the school district, whereby they keep their facilities open for our city residents. I’d like to see that continue.

INTERVIEWER: So how would you involve more students in the Monday City Council meeting? What would you say is the goal there?

NASARENKO: I’ll give you a great example of student involvement. There were a group of students that approached me about three years ago, passionate about climate change. Some of them were from Foothill, some of them were from Buena, some of them from Ventura, some of them from El Camino, and they actually wanted a climate action plan passed by the City Council to help address our dependence on fossil fuels and to hopefully achieve greater use of renewable energies. They came forward, they spoke at City Council meetings, they met with me, they met with other council members and, as a result, we adopted an energy-climate action plan. So that’s one specific example where student involvement was real; it worked and it helped drive an outcome. Another example is I was contacted by students in the aftermath of the Parkland’s massacre. Many of whom decided to walk out of school for one afternoon and talk about their desire for gun control. I joined them on the steps of City Hall to decry what had happened and to call for more sensible gun control measures. That too is an example of student activism and involvement. So I think to answer your question, it is gonna depend on the issue. It is going to depend on what gets students’ attention. But I’ll give you one great example. I have a Cal Lutheran student who is now on the ballot opposing me. And that’s great, competition is welcomed, but he is 21 and he’s energetic—he is participating in the political process and I think that’s a great template for students at Foothill and elsewhere. When you reach the age of 18 and you’re in college, think about running for local office. Get involved. It forces you to know what is happening in our city.

INTERVIEWER: Yeah, very important. What do you think is the most pressing issue facing our city today and how can it be addressed?

NASARENKO: Water. We’re in the midst of a protracted drought and I don’t see relief any time soon—particularly with climate change. Our city as well as our planet, frankly, are heating up. That makes our vegetation and trees more vulnerable to fire. And also what we have to acknowledge here in Ventura: we don’t have sources of water other than what’s here locally. So we rely on the ground, pumping it up; we rely on our local rivers; we rely on Casitas; our reservoir; they are all depleted. So the issue before us is: How do we get more water? Two ways. One: we guarantee the ability to bring it here from Northern California. We need to connect seven miles between Camarillo and Ventura that will allow us to import water from the Sierra Spring. Second: recycled water. Other counties do it, other cities do it. You take our existing wastewater, you treat it to the higher standards, you filter it and then you return it back to the consumer as drinkable water. I think that’s the solution.

INTERVIEWER: Yeah, that is a big issue—water bills. So this is a quote: “Our City Council representatives should embody the values closest to our hearts because these values will guide their decisions in office; they should also act as leaders not only on Monday nights in City Hall but throughout their term in their interactions with the community.” What values do you embody and how do you act as a role model for the youth of Ventura?

NASARENKO: Core value, civility. This is a contested district by district election. That does not mean we need to compromise civility and our decency towards one another. We should run on issues. We should talk about how we are different on them, but we shouldn’t make them personal. And I think that is just a lesson for life. I’m a trial attorney. I’m in the courtroom and it gets heated. It gets adversarial, but in most cases, we can argue the issues. We can talk about the facts. And I think that is a good lesson for life, not to make it about individual personalities but to make it about ideas and positions. Another core value, I believe, is engagement. The system works when people are engaged in it. Apathy, indifference are among our biggest obstacles—when people check out when they don’t understand what is happening or when they simply don’t care. So I think that with what is happening with our political climate, you are seeing more engagement but at the same time, we do not want to compromise that first value which is civility. So those are two, I think, the Dragon Free Press (sic) and students, as well as the city, embrace.