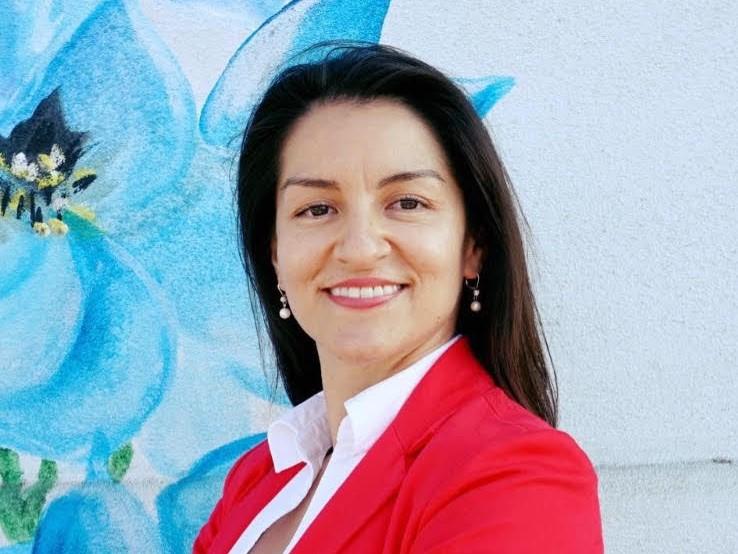 SOFIA RUBALCAVA: So as a Venturan I was actually born and raised in Ventura. I actually now still live on the same street that I lived on as a child, over on the west side. Yeah, it’s Ramona Street, so that’s where I was born, that’s where I grew up. And when I decided to buy a home I decided like, I want to stay in my community so I actually bought a home on the same side of the street as my mom’s house. So I’ve been to Public Schools, I went to Will Rogers Elementary School for a couple of years, and then after that, I went to Sheridan Way Elementary School, and then De Anza Middle School which is now DATA.

[Editor’s Note: Interviewer started asking incorrect questions. Content regarding such has been omitted to ensure each candidate has a fair opportunity to answer all questions.]

INTERVIEWER: So, which measure on the ballot are you most passionate about and why should students and their families also support it?

RUBALCAVA: Yeah so one of the things I feel we don’t have in Ventura and or we need more of, is affordable housing. so this year on Nov the 6th we’re all gonna be able to vote, well I mean everybody who’s 18 and over right, we’re gonna be able to vote on propositions. So right now the proposition that will affect our city the most and could have a positive impact is Proposition 10. So Proposition 10, what it seeks to do is to be able to give cities the opportunity and autonomy to decide what they can implement with regards to like rent control or affordable housing measures and that type of stuff. So I feel like right now a lot of people, for example, a lot of people that I know that are, you know, maybe finishing up college, moving back to Ventura, and they want to get a place here. But everything is so expensive that it’s really hard for them to buy a place, and sometimes even to rent a place. And even my own family is going through this– you know, my family and friends, they’re moving back, they’ve finished up college, they’re ready to work, and get their own place. But it’s so expensive, and it’s so difficult for them to get a place, so that’s what I think would really help. That’s one of the things that I’m really supporting, so I really think that it’d have that positive impact. And then the city can decide what they want to do. If they don’t want to do anything about it, that’s fine. But at least they would be able to have that option. Right now there’s a law called Costa Hawkins that doesn’t allow cities to have any kind of rent control, or put any kind of regulation with regards to that. So what this proposition would do is it would repeal that law so that cities would have to autonomy to be able to make those decisions. So I’m totally in favor of that.

RUBALCAVA: So that’s something that I totally, totally feel strongly about. I think sometimes we work in silos–everybody’s doing their own thing. But if we work together, and we have that communication, like “hey what are you doing over here? How can we help? Or how can we complement what you’re already doing?” and vice versa. How can the school district assist what the city’s doing? So I think that would be the first thing: opening up those channels of communication and making sure that we’re talking. And then, the next step would be collaborating on projects. One of the things that I think would be great is if the city council had youth representatives, you know from schools. And that way students who are interested in government or leadership could go to city hall and work on some programs or work on some projects to really get that experience. And then students could bring back that information to schools! And so I’m definitely supporting those kinds of programs where we work together and we get students involved, because really you’re the future of this city. So if you get involved at an early age, you’ll be able to shape what your city looks like. So when you’re ready to buy a home, to start your family, or have a business, or whatever you want to do, you know how to do it and you know the city, and you can actually do that much better.

RUBALCAVA: Well, one of the things that are definitely affecting our city right now, like I mentioned before, is affordable housing. In order for the next generation to able to afford to live in Ventura, we need to start addressing that issue right now, so that way when you all grow up and graduate from college, you are ready to come back–if you want to come back–to Ventura. We need to do something about that, so you have to opportunity to be able to do that. To afford to live here. So that’s one of the things that I feel strongly about. Another thing that we’re really being affected by, especially over on the west side of Ventura, is environmental issues. I mean, as we’ve all seen, climate change is real, and so we have to start doing something about that–here. Locally. So on the west side, we have the highest rate of pollution than other neighborhood in the city of Ventura, so we really have to look at that. How do we clean that up, and how do we prevent those types of things from affecting our environment and our quality of life here in Ventura.

INTERVIEWER: Our City Council representatives should embody the values closest to our hearts because these values will guide their decisions in office; they should also act as leaders not only on Monday nights in City Hall but throughout their term in their interactions with the community. What values do you embody, and how do you act as a role model for the youth of Ventura?

RUBALCAVA: I would have to say that since I’ve been here my whole life, I really value the people that live here in Ventura. I mean, these are people I grew up with–family, friends, neighbors, people in the community. So that’s one of the things that I’m trying to go through my campaign: involve as many people as we can. Because really, city government is not about the person who’s elected or the person who’s up there on the dais voting and making decisions, it’s really about the serving the people that live here, so that’s one of the things that I definitely, definitely want to do more of. I feel like sometimes in city council there’s not a whole lot of a connection, you know? Like “we don’t know who those people are” and “we don’t know they’re talking about and what decisions they’re making”, and that actually affects us every single day. The things that they talk about affects us so much. So I feel like definitely bringing in the public and bringing in the people to be aware of that and to also voice their opinions. What do they want to see on their street and in their communities or in their schools? So that’s definitely something that I value, and I feel that through the campaign I am definitely doing that: bringing people in, and inviting them to be a part of the process. Sometimes people haven’t been invited to be part of the process. So that’s one of the things I value. Another thing that I value is including everybody, regardless of what language they speak, and since I’m the only bilingual candidate–and, if elected, the only bilingual city council member, I feel like that’s another thing that I can offer. We can bring in members of the community who maybe don’t speak the dominant language. If we’re going to solve the issues in Ventura, we’re going to need all hands on deck. We’re going to need everybody to participate and everybody to buy into the things that we’re working on in order for things to actually work, for things to happen. So that’s something else that I feel strongly about: including everybody, no matter who they are, what language they speak, regardless of how old they are–young and old. Even if you can’t vote, it doesn’t mean you can’t participate, and that doesn’t mean that you shouldn’t be invited to be a part of the process. So yeah, those are two things that I feel very strongly about.