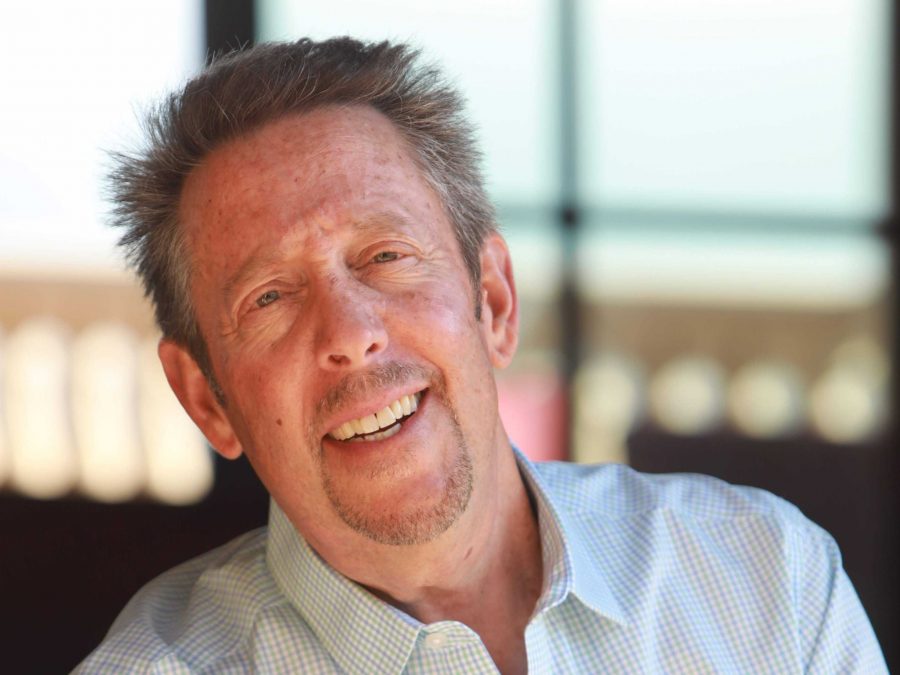 JIM FRIEDMAN: I moved here in 1990 and got very involved in the business community. For five years, I was elected to the City Council and two years later, I was mayor. I was embraced by the community in a pretty short order. It was at this time that I met my wife, Kelly, who is an elementary school teacher.

As far as my background in City Council specifically, having eight years of practical experience is something that people find desirable. It’s one thing to say that you have experience, but it’s another to say the you have leadership experience. I retired from the Council in 2004, and a few years later was appointed to the Port Commission, which is like the City Council but for Ventura Harbor. I served as chair there for a couple of years and am currently serving as a commissioner. Just like the City Council, we manage our own budget, have employees and oversee operations in the harbor. On the City Council, we will be losing three members who have a combined experience on the council of 67 years. Assuming that I’m elected this November, I will have the second-most seniority of all the council members, with eight years of experience.

FRIEDMAN: As a passionate animal lover, I can get behind Proposition 12 (a ban on the sale of animal products procured from animals confined to a space smaller than a certain amount of square footage). We also have a countywide problem involving homelessness, so Proposition 2 (a proposed 1% tax on income over one million dollars to pay for homeless and mental health services) is important to me as well.

INTERVIEWER: So, what are your separate opinions on Props 2 and 12—wait, nevermind, you covered that in your previous answer.

FRIEDMAN: I’m proud to say that as mayor in 1998-’99, I went to all of the elementary schools twice and talked to the fourth and fifth grade classes about government. I started this program, which the city still has, called “Mayor for a Moment.” It works like this: once a month, a fifth-grader writes an essay, their principal and teachers choose the best essay, and that individual gets to become mayor for the moment. They come to the City Council meeting, get their name placard, read their essay, meet all of the council members, managers, attorneys and get a key to the city. This all came as a result of wanting to have a more enhanced communication. When I met with these kids, I gave them choices, such as whether or not we should have more police officers. From there I could see the light bulbs going off, especially because it was a subject that many of them likely had little prior exposure to.

When I was on the Council, I recall a joint meeting between the School Board and the City Council— something that hasn’t been done in years. I think it’s vital to creating a dialogue about the needs that both entities have—things that should be discussed everyday instead of only during crisis.

FRIEDMAN: This is where my 40+ years as a financial adviser and independent business person comes into play. As much as I hate to say it, our most important issue is a lack of money. Just take a look at our streets and sidewalks, for example. I was walking precincts yesterday and almost tripped because of these gaps—almost like pyramids—that appear between squares on the sidewalk. Those are not being attended to because we lack the revenue stream. Our police department is stretched thin. We have the same amount of officers today as we did 20 years ago when I was mayor. There exists essentially the same amount of firefighters, and our calls for services are much higher. The council needs to prioritize and get back to the basics.

I am running on public safety first and foremost—that means your safety and that of your family, friends and neighbors. Nothing is more important than that, because if you don’t feel safe in your community, then I’d argue that you don’t have much quality of life in that community. Second to that is generating the income necessary. Police cars, fire engines, fire trucks and technological equipment aren’t free; we have to pay for them. That, and as I said, getting back to the basics. About a third of our tree wells are empty; we certainly can add to our urban forest. However, we ought to plant trees that don’t have a root system that will ultimately tear up the sidewalks.

However, I think we can do more. Strengthening our partnership with the county is important, as it has all the resources. The main resource the city has is the police department, and it’s this revolving door: a homeless person is arrested for committing a crime, they go to jail, they’re there for four hours and then they’re let back out onto the streets. It’s frustrating, so if we can get to the root of the problem, we’ll have better gains in dealing with homelessness.

FRIEDMAN: I live by the golden rule: do unto others what you would have them done unto you. I’ve lived that for my entire adult life, and it’s really worked for me. I try to spread that word and encourage people to embody that within themselves, because if everybody was courteous of others’ thoughts, concerns and opinions, then the world really would be so much better off, but unfortunately it isn’t that way. So, even if I run into people who do not treat me with the respect that I treat them, I continue that respect in hope that they’ll see the benefits of being less judgemental and more kind to their fellow human beings.