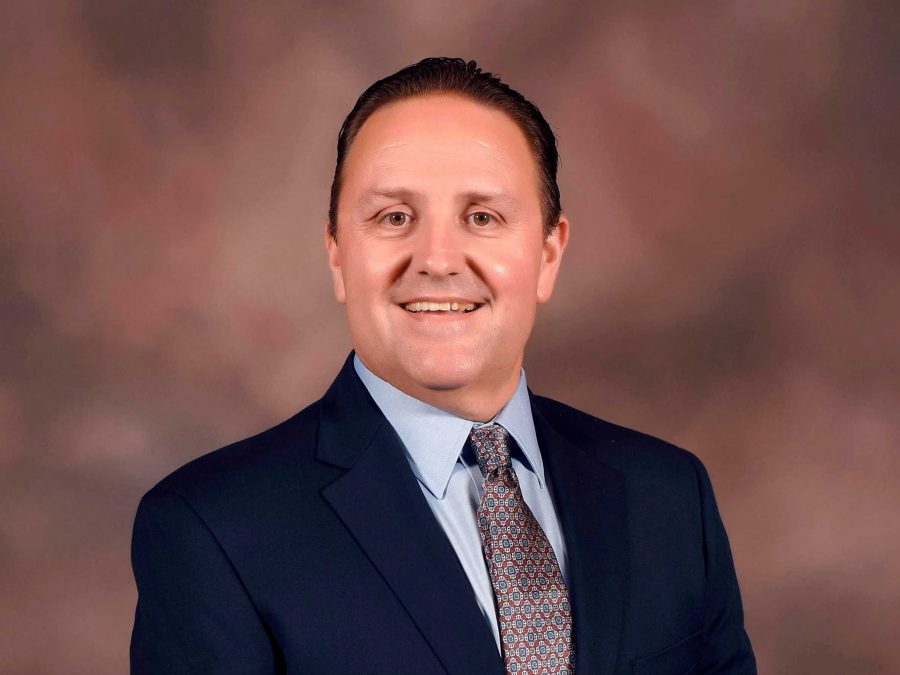 MIKE MAROSTICA: I am a lifelong east-end Ventura resident. I grew up in the east end and my parents still live in the house I grew up in. When I moved out and started a family of my own, I moved even further east than my parents and raised our two kids. I currently live in the same house I’ve been living in for 24 years.

MAROSTICA: Prop 2, I’m definitely in favor of, because the state as a whole needs more housing and the city as a whole needs more housing. Right now we’re running at a 98 percent occupancy in the city; people are having a hard time finding housing, they’re having a hard time finding affordable housing. One of my proposals that I really want to get behind is making Ventura accessible to the next generation. Right now, I’m having kids that have a decision to make. If they want to buy their own home, they’re going to have to move out of the area. They simply can’t afford to buy a home here, they simply can’t afford to stay in Ventura if they want to buy their own home. That’s unfortunate because I was fortunate enough to be able to buy my own home and I wanted my kids to have the same opportunity. That doesn’t mean I’m forcing people to stay here. If people want to move, they can move. But if they want to stay here, they don’t really have a choice. They’re going to have to move away to afford a home in a different area. My support is to get more housing, especially starter homes, for people. Starter homes are where the city subsidizes housing, prices are lower, and there are restrictions on who can buy the houses. For instance, you have to be a first time home buyer and you can’t make over a certain amount of money. That really affords the middle class blue collar workers that opportunity to buy a home and to get into their first home. I’m actually the product of a starter home. I moved into my starter home and we loved our area so we’ve stayed in that home for 25 years. I am a product of that.

Proposition 12, as far as cage-free animals, most definitely. I’m an animal lover, been an animal lover all my life. I’ve seen the videos, I’ve seen the footage the way some animals are raised. Cattle, chickens, I don’t think they should be cramped up like that, I think it just creates a better ecosystem, better food system for us in general, if they’re treated better.

MAROSTICA: Well, I’m a big proponent of getting kids involved in government processes. For years I’ve been involved in a program called the California YMCA Youth and Government. I was a delegate in that program as a high school student  and I came back to be an adult adviser, and volunteer as both my kids went through that program. The motto for that is, “Democracy must be learned by each generation” and I totally support that and believe that is true, that democracy should be learned by each generation. So I support programs like the Youth and Government program. If elected, I would have a city program to where we start at the junior high level, getting kids involved in local government and politics, getting them to go to meetings with the city, city council meetings, and gradually move them into a program like Youth and Government, to keep them involved in the governmental process. If you’re not interested in politics, you still get leadership training in those programs, so either way, I think we turn out better citizens and leaders when you get youth more involved in the government processes.

MAROSTICA: Well I have three things that I talk about in my campaign: safety, community and prosperity. Safety is the first one. A 25 year veteran of the Oxnard Police Department, safety is very important to me. No one that I’m running against has the safety experience that I do – boots on the ground, I’m out there everyday, in uniform, in a black and white police unit, driving city streets, contacting people. All though it’s a different city, it’s the same issues that Ventura faces. One of the main issues is vagrancy, criminal vagrancy. I believe there is a difference between people that are homeless and people that are choosing to live a lifestyle where they don’t have a home, but they choose to commit crimes and victimize other people. As far as the homeless go, we have a tremendous amount of services, both city sponsored and charity-sponsored that are available. I know what those programs are, I know what people can go to those programs, I know the type of people for those programs, and I also know the type of people that need to go to jail. I deal with those people every day on both sides of the spectrum – the homeless spectrum and criminal vagrant spectrum. To me that’s a pressing issue, especially with Aloha Steakhouse and what happened a few months ago. That really upset me and that should upset everybody. We should be free to go into public spaces and be free from harassment and people that are trying to victimize us.

In the area of community, I support making Ventura accessible to the next generation by providing housing and well-paying jobs. I think we need to get more better-paying jobs in the community, bring high-tech jobs to Ventura, bring tech firms to this city. In order to do that, we have to build housing for the employees and housing for the executives.

As far as prosperity goes, we need to find more revenue for our city. That also falls in line with getting more business in the community. That means more taxes and more money into our community that can repair our roads and sidewalks and infrastructure and disaster preparedness. I think we need to be better prepared for disasters like the Thomas Fire, floods, or earthquakes that are on the horizon. Although we came together as a city, Ventura Strong, we need to be better prepared for the next natural disaster, because it’s not a matter of “if,” it’s a matter of “when.” So for me, I take my public safety experience, I have a lot of experience as well with natural disasters and mass-casualty incident planning, because I used to be an intelligence investigator with the police department which included investigation of terrorist incidents, so I have a lot of experience working in emergency operation centers and I can help Ventura be better prepared for that next natural disaster.

It falls back to me growing up in this city and being in love with this city. I love this city, I chose to make this city my home after growing up here. I care very much about this city and I’m very passionate when it comes to youth; working at the YMCA before I became a police officer, teaching swim lessons, working daycare, and then being an adviser for youth and government. I teach a women’s self defense program in the area that offers low-cost self defense classes for women in the community. I’ve been a 25 year veteran from the Police and I think all of that helps me to be a role model for people. Hopefully they can say, “That’s who I can model myself after,” and more importantly, I wanted to do that for my kids, so they could see that there is a benefit of service in the community. It’s not just a matter of living here, you have to contribute here. That’s my goal, not only to get my family to live here, but to contribute. For

MAROSTICA: For your generation, it’s important to get out and vote, because you’re going to be the ones that have a tremendous impact on this world. A lot of people don’t have faith in you, they don’t think you’re going to go out there and vote. Actually history has shown that you haven’t. It’s incumbent on you, this generation, to get out there and vote, and show that voter turnout in your age group is going to have an impact. I think that if you have tremendous voter turnout, you are going to seriously impact the way people think about issues and you’re going to force them to listen to you. But they’re not going to listen to you if you don’t turnout. And again, democracy must be learned by each generation.