Annika Fedde enters the school year with a splash 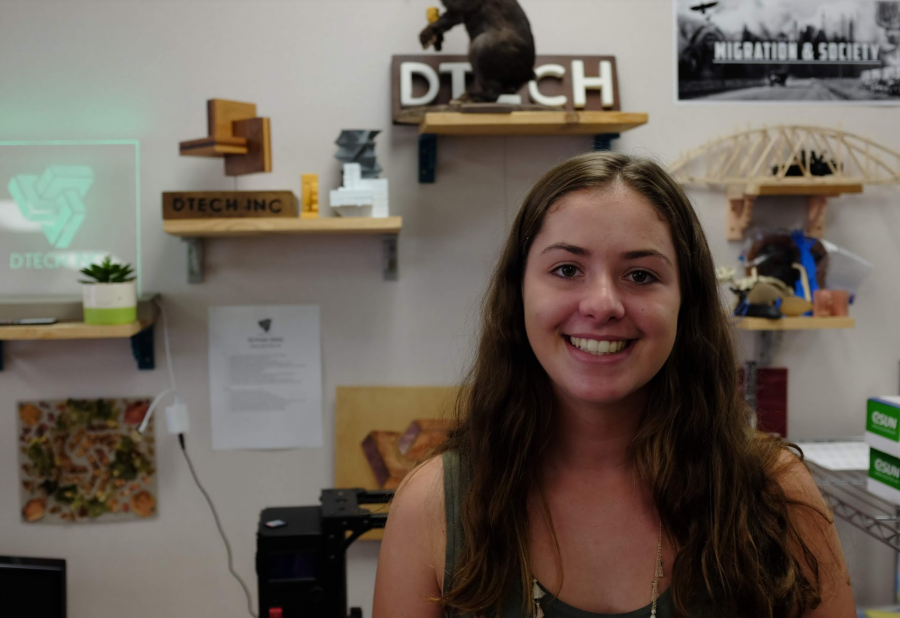 After missing the first week of school, Annika Fedde ‘19 returned to her home—Ventura, California— as an internationally recognized sailor. She earned 20th place at the Laser Radial Youth Worlds sailing competition in Kiel, Germany.

The competition featured 368 competitors in total (all under the age of 19), only 13 of which came from the United States. Fedde, joined by her nine male and three female peers, journeyed to Germany on Aug. 10 to represent the entirety of the United States.

“There were two boys from San Francisco, and the other three girls were from Florida, actually,” Fedde said.

Their days in Kiel began early in order to “rig everything, have a meeting, get dressed and then go out on the water.”

Their mornings were followed by the races themselves. Two races were held each day, lasting from an hour to an hour and a half, on two courses in order to accommodate a large number of competitors. The competitors were split into fleets as well: four male fleets and two female fleets. They spent four days practicing before beginning the competition, which lasted for six days.

The weather conditions in Kiel were vexing, to say the least, compared to California weather. Fedde considered Kiel “a really weird place to sail” due to the constant changes in the wind, elaborating that “almost every day” the wind came from a different direction.

Sailing in Kiel, it seemed to Fedde, was never dull, especially considering the storm and waterspout tornado that, according to Fedde, manifested themselves during her time at the competition.

However, one does not come 20th in an international sailing competition easily: “This summer, I was only in Ventura for nine days,” said Fedde, with a smile.

The rest of the summer was spent practicing for Worlds.

Fedde, her coach, and eight of her peers traveled around the country competing in various national competitions, supplemented with training camps in between the races. “We went to Youth Champs in North Carolina, and then to Nationals in Texas, and then to North Americans in Long Beach, California, and then PCC–Pacific Coach Championships–in The Gorge, Oregon,” Fedde listed. “I basically spent the whole summer sailing.”

When Annika Fedde ‘18 was young, she began to sail on “Sunday Fundays” at the Ventura Yacht Club at the insistence of her father, who was unaware that the seeds of an internationally recognized sailor were being planted.

“I hated it at first,” Fedde admitted. “I would be really upset that I would have to go.”

This attitude quickly faded upon the arrival of the Optimist, or “Opti” boat on the west coast, which had been exclusively available on the east coast until that point. Fedde expressed that it was the ultimately the Optis that caught her interest, commenting that she “really ended up liking the Optis.”

Small in size and designed for young sailors, the Opti embarked Fedde on her sailing career and took her to her first “regatta” ( series of boat races) at the age of eight. “[The regatta] was nationals because it happened to be in California[,] and so my first regatta was a very big regatta of 200 boats,” Fedde recalled.

“After that,” Fedde said, “I never really stopped.”

Fedde’s practice schedule revolves around a multitude of factors: location and time. Firstly, she can only sail in Santa Barbara due to the fact that “in Ventura, we don’t have the resources, and we don’t really have a team.”

A belief in academic balance has helped Fedde maintain her grades in addition to her sailing excellence in the absence of free weekends.

“I dropped out of AP physics,” she recollected of her junior year, “so this year I’m taking AP physics […] and I’m actually learning the material instead of stressing about it.”

Fedde advises students looking to balance extracurriculars and school to avoid undertaking “more than you can handle.”

Her busy practice schedule might make it seem as though sailing would greatly interfere with her personal as well as academic life—however, this is not the case. On the contrary, Fedde claims sailing has become her personal life.

“A lot of my really good friends are my sailing friends,” she elaborated, “so it’s a little bit different.”

Because of the fact that she spends much of her summer traveling around the United States, her friendships can be traced all around the country, including Texas, Florida, New York, and North Carolina.

The traveling aspect, in Fedde’s opinion, “really opens your perspective” and gives sailors the opportunity to “make a lot of connections you’d never would’ve had.”

Knowing so many people in so many places gives Fedde a sense of security when it comes to applying for colleges, and makes the whole process “not this scary thing.”

In essence, Fedde’s experiences as a sailor have greatly enriched all aspects of her life, and Foothill is truly blessed to have such a talented student walk its halls.