Marvel’s “Spider-Man” for PS4 swings higher than ever 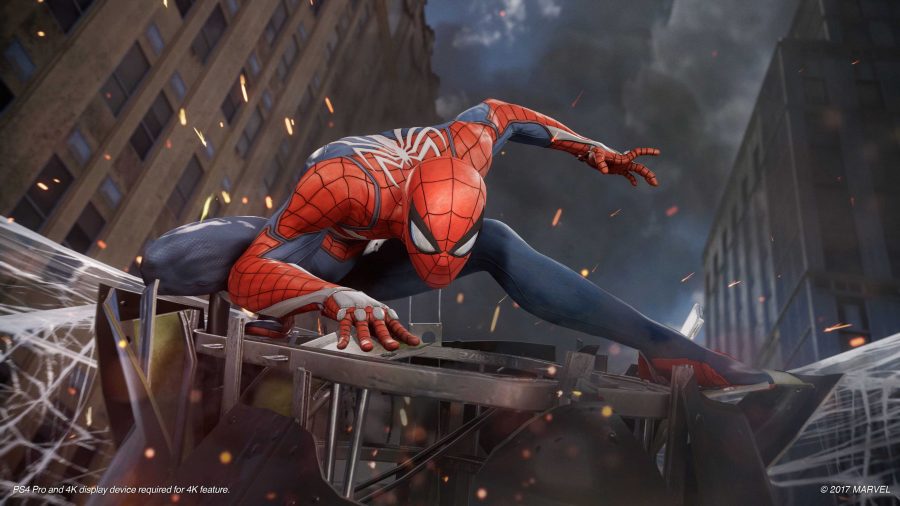 Halloween is still over a month away, but video game fans got quite the treat this weekend. Two and a half years after its original announcement at the 2016 E3 gaming expo, Marvel’s Spider-Man for the Playstation 4 (PS4) was released on Sept. 7, giving Spidey fans plenty of reason to grab some Doritos and lock themselves away for the coming weeks.

Not only has this game lived up to fan anticipation—it has surpassed it. The game provides PS4 players with an open-world map of New York City and a campaign story-mode that could stand alone as a movie. The campaign follows Peter Parker, as he faces off against many memorable villains from the comic books and continues his ongoing relationship with MJ, his…girlfriend…? (It’s complicated.)

Developer Insomniac Games created high-quality cut scenes that are interspersed throughout the game. They interject as you swing around the city, stopping your game mid-mission to explore buildings, fight random criminals and even take a selfie with the occasional Spider-Man fanboy.

The fighting mechanics resemble those of fan-favorite Batman: Arkham Knight from 2015, allowing you to fight freely with moves that can be as simple or as complicated as you want.

Often times, games with campaigns like this can become stale and boring for players who have completed the game. What makes Spider-Man PS4 unique is that the creators provided not only an unusually long campaign but also dozens of side missions. These missions can be completed amidst the main missions or after the main missions have all been finished.

The only main knock that has been presented against this game is that unlike almost all video games nowadays, it is compatible solely with the PS4—it is not available for other popular consoles like the Xbox One or PC. This move has confused and angered some gamers—namely those who don’t have a PS4. But, it can be explained by the fact that Sony, the maker of PlayStation, owns the rights to Spider-Man.

Disney was able to make a Marvel Spider-Man movie because Sony allowed them to produce it. In terms of making a video game, Sony is not going to give the Xbox One, their main competitor, the rights of Spider-Man.

Overall, this game is brilliantly crafted, and will likely be in the running for Game of the Year. Available for purchase at the standard PS4 game price of $60, it is well worth your money and time to play. Not only is it visually stunning with an entertaining storyline, but it’s just a whole lot of fun.

It wouldn’t be surprising to see more superhero games in the coming years, judging from the success of Spidey’s game and the way it has webbed up PS4 gamers everywhere.