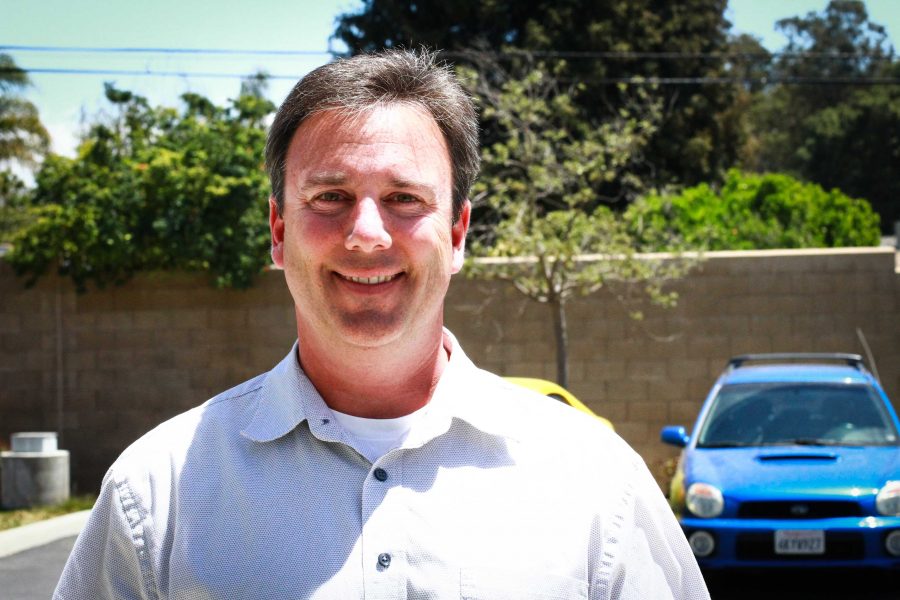 With 14 years of experience under his belt, Jason York is joining Foothill’s coaching staff to lead boys’ and girls’ swimming. This is his first time coaching a high school team. Previously, he coached for swimming clubs and he currently directs and coaches the Buenaventura Swim Club.

York, who was named All-Star Coach for Pacific Swimming in 2006 and 2007, used his philosophy of “coach with love” to improve the Buenaventura Swim Club, which he joined seven years ago. He is most proud of his accomplishments with the club.

“It was a very rewarding experience because I actually exceeded my expectations,” he said. “I didn’t really know what I was going to work with until I took the job, and then I found out and realized that it was going to be a lot of work, but knowing where we are now, there’s no way I would’ve known that we could’ve made it to that level back when I first started.”

The club was recently awarded the silver medal status within USA Swimming, earning a place as one of the top 100 clubs in the country.

Before his professional coaching career, York pursued other swimming goals, and coaching was more of a hobby. However, he soon realized that coaching was his true passion.

“I enjoyed walking through the gate to coach every single day and I felt the stress lift off my shoulders. And when I realized that I could make a career out of it, I just went with it,” he said.

Over the years, York’s favorite aspect of coaching has changed.

“Originally, I think it was fun watching kids swim fast but what I’ve learned through the years is that the best part is getting to know the student athlete themselves,” he said.

York said that currently, his favorite part about coaching is connecting with his athletes on a personal level.

“Now I’ve done it long enough that many are graduating from college and so you get to see them move on and get married and get jobs, and they’re just great people. So getting to know them on an individual basis has been the best part,” he said.

“He kind of keeps you in line and checks on you every once and awhile. He’s a good coach, he’s kind, and super nice and enthusiastic during the drills and stuff,” he said.

York said that he likes to see dedication and willingness to work hard in athletes.

“I like to see intelligent athletes. Ones that ask the right questions and understand, well, why did we build the program, why do we use that specific technique,” he explained.

York is excited for the season, but understands that swimming is far from an easy sport. He said that the most difficult thing about being on a swim team is “the grind.”

“It’s very much a repetition sport, and in order to improve your technique as well as conditioning, you spend a lot of time practicing,” York said.

“So it’s a lot of hours, and quite often the schedule- early morning, late afternoon/evening- is not really conducive to having a family. So the schedule is a challenge,” he added.

Nevertheless, York is enthusiastic and ready to take on the season.

“I know we’re going to have a significant variation in ability, so my biggest challenge will be giving each individual what they need,” he said. “Some people need more technique, some people need more conditioning, and I’m capable of coaching all the different ability levels.”