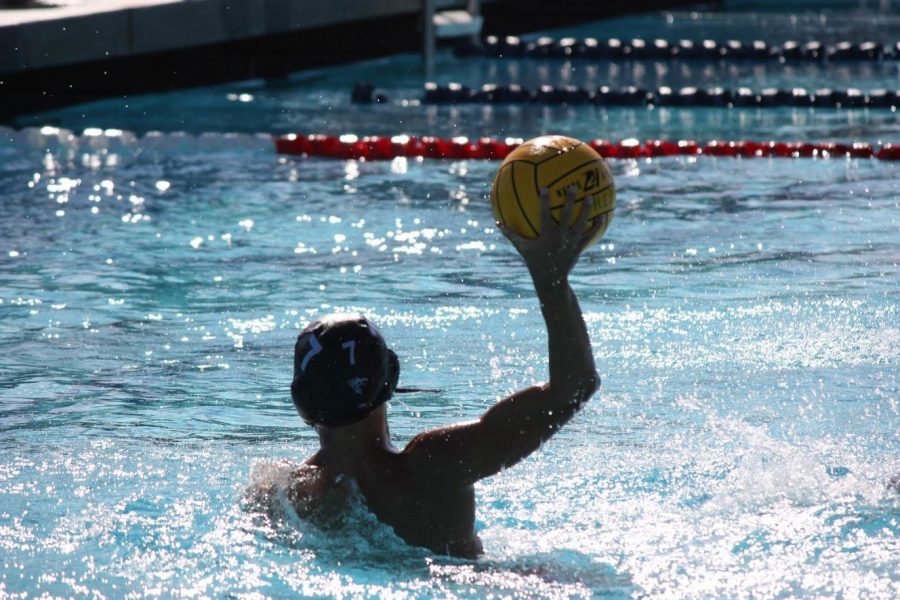 Boys' water polo is not the first Foothill team to manage scheduling difficulties, as Foothill own no fields or gyms for teams to practice at. Credit: Gabrialla Cockerell / The Foothill Dragon Press

The boys’ water polo team will be faced with some unique circumstances during the 2018 season, and it means they will have fewer home games over the course of the season. The Ventura Aquatic Center, home of the Dragons’ practices and home games for the last three years, is no longer the most practical option for the team due to its increased size.

“The time allotted is the same as when Foothill first started their athletic program, however Foothill’s teams have been expanding,” she said. “When Foothill first approach[ed] us regarding potentially renting pool space, we were very clear that we had very limited space available and only specific times available due to already existing programs and other long term rental groups.”

Zarazua continued by emphasizing that “we are happy to accommodate whenever and wherever possible, but we do have City programs, Ventura Community College programs and other club programs that utilize the facility as well.”

The Ventura Aquatic Center will be available to the Dragons for two home games: Oct. 16 versus Malibu High School and Oct. 23 versus Villanova Preparatory School.

Head coach David Wallace stated that recently, Buena High School “has been nice enough to let [Foothill] use their pool in the evenings, so it means [the team will] have split locations and practices.” Although he recognizes that the situation is not “ideal,” Wallace sees it as something the team can work around for the time being.

“We’re making do, varsity practicing two hours [every] evening at Buena and the JV takes an hour and a half at the Ventura Aquatic Center, so we’re making the best we can with not a great situation,” he said. “With the home game situation, that’s going to really be a struggle so we only have two home games all year because of that. We hope in the future that we can work something out with the city where we can have a three hour slot where we can play two games, but now we don’t have that much time.”

Zion Denzel ‘19 acknowledged that the lack of a permanent facility will be “a little bit of a struggle.” However, he ultimately believes the issue is something that the team will be able to overcome.

“It’s tough, but we [will] make it work,” he said. “But having a home pool isn’t really something you need; you just need to be a team together.”

Editor’s Note: On Sept. 13 at 7:16 p.m., this article was updated to clarify that the Ventura Aquatic Center will be hosting two less home games than it did in the previous 2017 season.