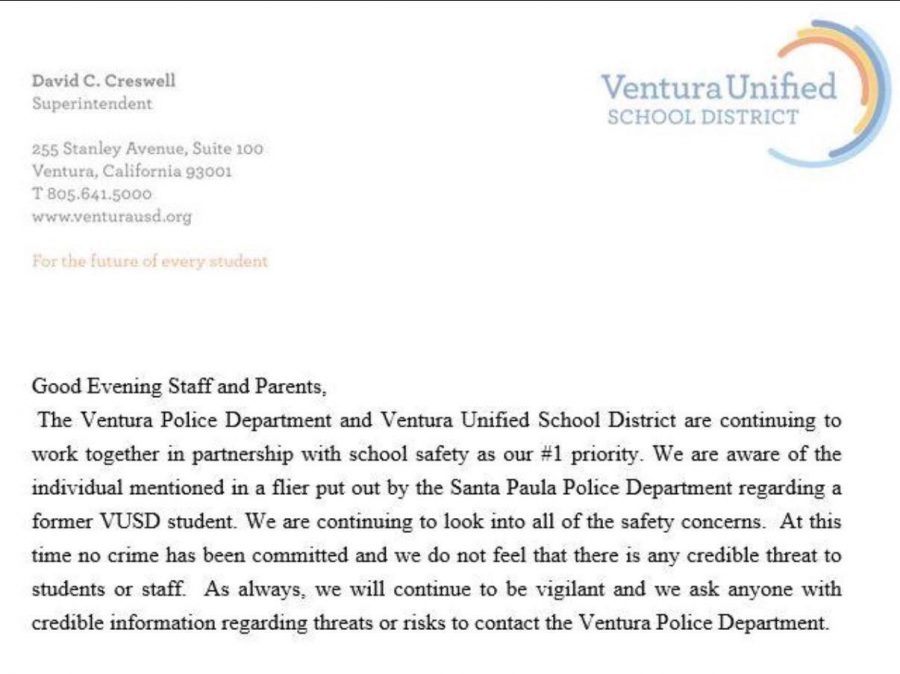 On Wednesday, Aug. 22, the Santa Paula Police Department (SPPD) posted a notice concerning a potential school safety concern. According to a bulletin and a Facebook post published by the agency, information about a former Ventura Unified School District (Ventura Unified) student was relayed to the department concerning the subject’s desire to commit a shooting at “an unspecified school in Ventura.”

The district does “not feel that there is any credible threat to students or staff,” and is “continuing to look into all of the safety concerns.” A message was also published on the Ventura Unified Facebook page.

At 8:41 p.m., the Ventura Police Department issued a notice on Facebook about the situation, stating that upon “respond[ing] to the subject’s home,” it was “determined that no further action was necessary at that time.”

When the initial threats surfaced, the “Ventura County Sheriff’s Office removed all weapons from the subject’s home.”