Familial DNA searches are potentially exploitative of people of color 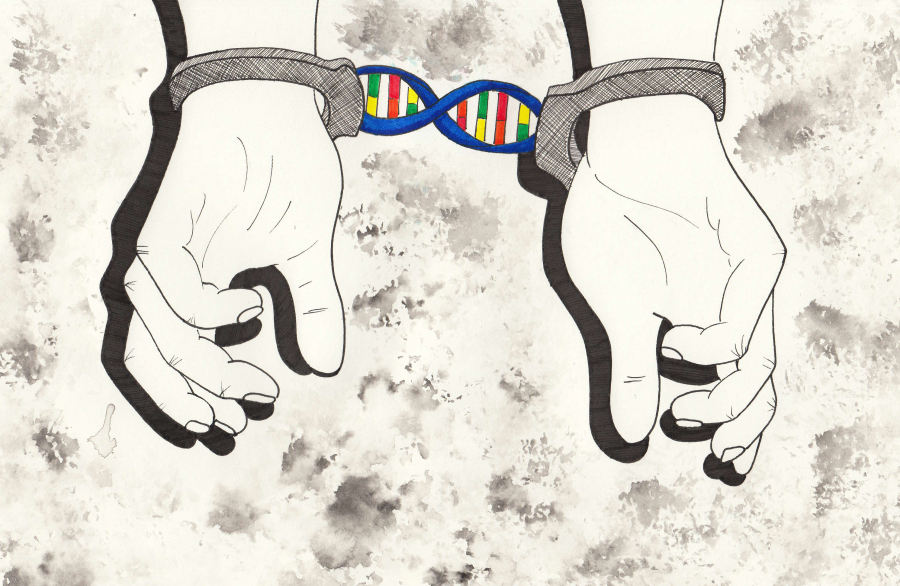 “Familial” DNA searching is a search by law enforcement in DNA databases for genetic information which would indicate that a relative committed a crime. It is primarily used to identify suspects and exonerate the wrongly convicted.

The ethical dilemma of familial DNA searches is currently under the microscope. The majority of the debate revolves around privacy concerns.

However, this is insignificant next to a factor of DNA searching which doesn’t get as much attention, but is a far more consequential aspect of the debate: This form of testing would likely have a disproportionate, undeserved focus on the African American community.

African Americans comprise less than 13 percent of the U.S. population, but approximately 40 percent of the DNA profiles in the Combined DNA Index System (CODIS). This ties into the fact that African Americans are routinely subjected to suspicious, rude, belligerent and cruel treatment from police. In our society, there remains an implicit bias against people of color that is below the level of conscious decision. People of color are more likely to be stopped, searched and arrested, and this racial profiling carries over into the DNA databases. When an individual is incarcerated for violent crimes, they are required to submit a DNA sample to state and national databases. Because the incarceration rate of African Americans is of such high disparity, the DNA profiles of African Americans constitute an incongruent proportion of the databases.

It follows from this that a significantly higher percentage of African Americans would be identified as suspects through familial DNA searches. This problem persists with the fact that the rate of false positives in past searches has been roughly twice the magnitude for African Americans than that of other racial groups, which continues the trend of the African American community’s lopsided relationship with the justice system.

It can be discerned from this data that the utilization of familial DNA searches would cause people of color to suffer disproportionately from intrusions of privacy and police interrogations. There would be a greater severity of injustices imposed upon marginalized groups from the powers that be. Much of this stems from the long, pernicious reach of unconscious racial bias in America. This country has a tortured racial history existing within its culture and arising from still pervasive inequities; unfortunately, this is frequently unrecognized.

The most prominent form of racism in today’s America is “colorblind racism.” This is essentially the denial of the racial inequalities which exist. It’s the inability or unwillingness to see that the roots of racism continue to permeate our culture regardless of the abolition of slavery or our first black president.

The same idea can be found in the prospect of familial DNA searches. People fail to see the race-related issues these searches would incite. They would prefer to propagate a false image of a nondiscriminatory America. But America’s history with racism is a monstrosity of an evil which has yet to reach absolution. We have to make conscious decisions, taking race into account, to begin to assuage the hundreds of years of oppression people of color have faced in this country.

DNA searches have yet to cause increased exploitation of African Americans; this is a threat to the future unless we prepare for it today by being in opposition to its use.