The Foothill Dragon Press • May 20, 2018 • https://foothilldragonpress.org/263818/arts-and-entertainment/music-new/kanye-wests-imagine/ 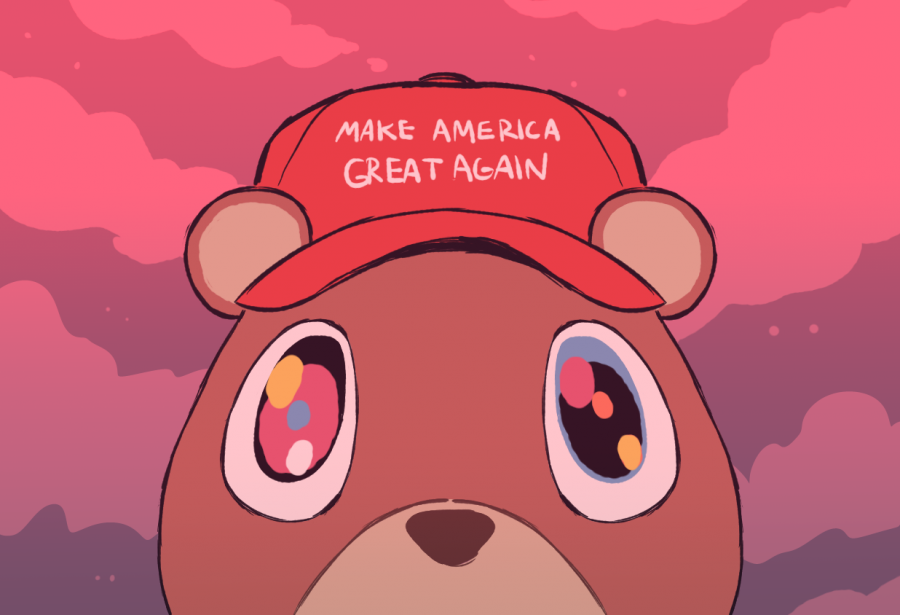 On Dec. 8, 1980, John Lennon was shot and killed outside of a Dakota apartment building in New York City. The killer stated that he committed the act merely for attention. The killer shall remain nameless.

On May 1, 2018, a pair of interviews with Kanye West surfaced on the internet; one with radio personality Charlamagne tha God wherein he talks about his family and art. In the other interview with TMZ, he goes over his recent praise of Donald Trump, and randomly states, “400 years in slavery, that sound like a choice.” In light of these events, West’s name has been across social media circles everywhere.

Though West comes short of actually saying this, the statement was intended to reflect that talking about slavery, racism and segregation in today’s society is a choice. He claims that all of these issues can be overcome if we push a message of unconditional love, regardless of all the rules and politics that we have built up over the years in our society. But society is not the evil here; no, society is the encouragement of cooperative thought and love through our ability to treat each other equally; society is the ability to recognize what will better us and what will not. Worrying about what other people think should be a product of a mutual understanding that they ought to care what you think.

In a country comprised of two generalized political parties who have built up essentially opposing worldviews, to disagree has become to be wrong. Despite that, recent years have born ideologies which are completely outside a typical American belief set. It’s a product of the “free thought” that many believe we have lost. West is right in that people have been crucified for having certain opinions; what he fails to realize is that many of these people contradict his message of love and tolerance.

In his TMZ interview, West compares society with his own substance abuse: “we are drugged out; we are following other people’s opinions,” as if ignoring others’ opinion with faux-acceptance is healthy at all. This statement was followed by a non-sequitur about how John Lennon and Tupac were hanging in the office’s hallway. The implication is that these figures preached about equality and love. The problem with West’s statement is that they are not focused on any rationale whatsoever. He is stuck inside his own head and fails to realize reality. Lennon’s “Imagine” is a nice song, but the title says it all. We can imagine this perfect world, but the reality of our situations come into conflict with that image. The reality is that people kill people for nothing more than recognition. This is why I chose to omit the name of Lennon’s killer; his ideology is unacceptable and to remember his name in an attempt to “love” him is a disservice to Lennon and his own ideals.

I believe that West’s message is true. I believe that he attempts to be on the outset of human thought and experience, but most times he falls short of cohesively navigating those uncharted waters. An artist’s vision, which must remain entirely contemporary, fails to correspond itself to the physical world in a way that is meaningful and impactful. Our perceptions of history and past experiences are often tacked on to create something that someone else can connect with. West will continue to “live in the absolute now” as he claims, ignorant of his own or anyone else’s past.