The Foothill Dragon Press • May 18, 2018 • https://foothilldragonpress.org/263746/feature-stories/the-city-center-hope-for-the-homeless/ 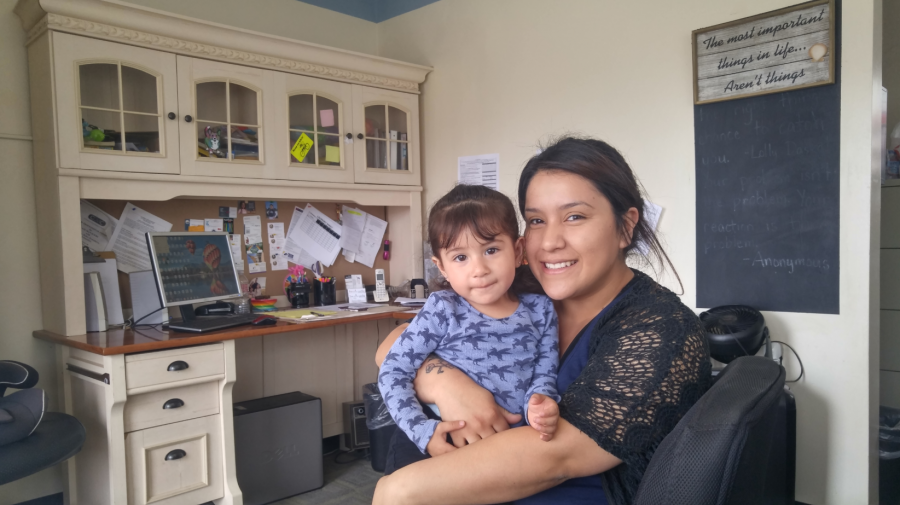 How do we deal with homelessness in Ventura? It’s easy to look away: to avert our eyes and stare straight ahead or to mind our own business. Social protocol teaches us to stick to the path in front of us and not detour when asked for help. We have honed our skills at tuning out sympathy. It has become second nature to view these people as those who make up the poverty line in our county, as simply a statistic.

And so we don’t forget: Those without homes are human beings just like us. They have hit some sort of roadblock along the way in their lives, and could be greatly impacted by a generous helping hand.

But, luckily there are some who haven’t forgotten about these people. The City Center, located at 837 E Thompson Blvd, is a transitional living community for homeless children and their parents. It seeks to help keep these families together and get them back on their feet.

When residents enter the program, they can stay in one of the 18 rooms for anywhere from six months to two years. Once they “graduate” from the community, if they feel that they need more time to remain living on-site and save more money, they can possibly move into one of eight graduate housing rooms for an additional two years. Currently, the City Center has 29 adult residents and 40 children. Four more rooms will be built on the property in the near future.

Jim Duran, the executive director of the City Center, has been passionate about getting children off of the street and helping their parents become working members in their community. He believes in giving his residents a second chance at life.

“We take people off the street that are willing to work, willing to get off of government funding, willing to get transportation, and get out of the situation that they’re in,” he said. “Our goal is to come alongside of them, so that when they leave here in six to 24 months, they will be self-sufficient.”

Along with helping to keep adults sober through counseling and mentorship, the City Center helps their residents put together resumes, get jobs, acquire viable transportation, and save money. 30 percent of their earnings go toward rent and an additional 20 percent goes straight to savings, with the leftover money being theirs to spend freely. Duran said that graduates can leave the City Center with anywhere from $8,000 to $14,000 dollars in their savings accounts.

Duran knows that “everybody has a story,” and would like more people to remember that when dealing with homelessness.

“It’s not just drug addiction when people are homeless,” he explained. “There’s some that are domestic violence survivors. There’s others that have lost their jobs. We’re housing families, the ones that you don’t see, the ones that are living in their cars or behind homes or in places that kids shouldn’t be.

“We have great relationships with Salvation Army, Project Understanding, the County of Ventura. They know about us. We’re in communication. So if there’s a family in need with children under 12, and they need to get housed, we give them a call.”

The City Center receives most of its funding from churches who sponsor rooms on a monthly basis, as well as consistent donations from certain corporations.

“All of the churches that we work with also provide people, on a volunteer basis, to walk alongside our residents and help them in their walk with their faith,” Duran added. “The mentors are lifelong relationships.”

“We’re in contact with [the residents] all the time,” he continued. “They don’t leave our lives just because they move out of here.”

Amy Medina, a current resident of the City Center, has been living there for almost six months now. With her young daughter, Alina, tugging at her skirt, she explained her path and how she now resides in the transitional living home.

“There was a substance abuse factor that always played a role in my life,” Medina said. She had been using drugs since she was 14.

“I moved down here at 17 from Santa Barbara. I had my own car, my own place, so I figured that my substance abuse wasn’t really a problem.”

Living in Oxnard, she met Alina’s father, but Medina felt that the fighting and arguing in the relationship was too much, so before Alina was born, she decided to move in with her own mother. Only four months after her daughter’s birth, Medina was kicked out of her mother’s house for drug abuse. Medina was then in a situation where she bouncing around from place to place, day by day.

“I would stay at a friend’s house for a month, but then I would feel like I was a burden on everyone that I would stay with,” she explained. “It led me to a life of crime, just trying to do anything I can to get through the day, to get a roof over my daughter’s head: a hotel, a friend’s house, a car. It wasn’t easy to focus on the future, when I was only able to think about ‘today.’”

Then one night, while sleeping in a friend’s car, the police came and busted Medina for possession of methamphetamine. Child Protective Services came and took away Alina, and that was when Medina realized that she needed to make some serious changes.

“I got out of jail, and I knew I had to change. So, I got into some programs.”

She was in a rehab for five months, and once sober, she found out about the City Center and what it had to offer.

“It’s crazy how things worked out,” she said. “I had to have a job to get in here, and my first day of work fell on the same day as my interview for the City Center. It was meant to be and I’m really thankful to be here.”

Needless to say, the City Center has helped to turn her life around.

“I’ve been really blessed here. I’ve realized a lot about myself and I’ve grown a connection with my higher power; I go to church, I save my money, and there’s no better place for me to be in right now. I’m held accountable.”

“You can’t judge a book by its cover, because you just don’t know what a person has gone through. Anyone that is putting in the work to change—they deserve a second chance,” Medina said. “I don’t think everyone that is homeless should be looked down upon and judged. I used to do that too! And now, everyone I see, I can’t help but to know that they have a story too.”

Medina and her daughter’s story is just one of many, for there are lots more like her who are using places like the City Center as a means of turning their lives around and becoming better parents, workers and members of society.

The homeless are no different than those who have a roof over their head at the root of it all—they’re human. And for those who are willing to change and try to make a difference in their lives, the City Center is ready to help.

In the end, everyone has a story.