School board votes unanimously on $169,000 resolution to refurbish field for Foothill baseball team 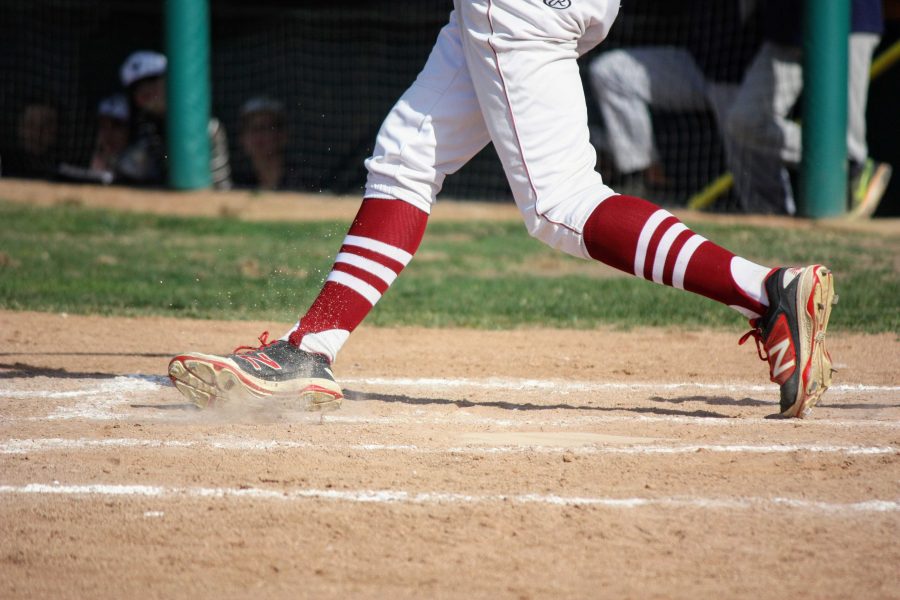 During the school board meeting on the evening of May 8, 2018, the Board of Education approved the allocation of about $169,000 towards the revampment of a field at DeAnza Academy of Technology and the Arts (DATA) to be used by Foothill’s baseball team upon completion.

The bid was opened on Apr. 10, 2018 to landscaping companies, and two bidders had propositions: American Landscape responded with a proposal of $174,084, and Venco Western bidded with an amount of $169,043.

By policy, the school board requested permission to grant the bid for the Foothill Athletics Baseball Field at DATA to the lowest bidder, Venco Western, whose bid was approximately $5,000 less than that of American Landscape. The vote was a unanimous 5-0.

Although Foothill was originally created to be a “vocational” school with no sports and even no AP classes, it was able to attract a broader crowd of applicants by providing AP course options. An even larger pool was attracted by offering sports for the first time in the 2014-2015 school year. Now, there is a selection of 11 sports with 37 teams, including a junior varsity and varsity baseball team with a total of 30 members.

According to Principal Joe Bova, the school has been searching for an appropriate location to install a baseball field every since the inauguration of the sports team.

“Initially, there were plans to [build a field] at Anacapa Middle School, and [the district] looked into that, and did all the pricing with the state, and with all of the environmental impact issues and the cost of that, they thought it was going to come in around $500,000—it came in at around 1.6 million dollars.”

It was so expensive in part because environmental safety regulations concerning water runoff in Calif. state that if more than an acre of property is torn up in size, the entire property must be checked to make sure that it is “brought up to standards in terms of waste water or rain water runoff,” Bova said.

The school and district also looked into other parks in the city to see if they city would “let [them] use some of the open area to build a field,” but the “city wasn’t interested in that,” as they were more interested in implementing softball fields there.

Then, it was proposed to look into Balboa middle school, as refurbishing the field would benefit both parties.

However, renovations at Balboa came with a price tag of anywhere from $800,000 to $1 million.

“The district’s not in the position right now, [as they] don’t have a lot of extra funds to be doing that kind of thing,” Bova said.

After being met with disquietude of parents and astronomical prices of other options, the district decided to investigate the reasonability of using the field at DATA, which was suggested before as a potential option by Foothill.

“Although geographically it’s not the best deal for [Foothill] because it’s a lot further away than the other [schools] would be, it is way cheaper to do it there, because it’s already an existing field that just needs some upgrades,” Bova explained.

Right now, the field at DATA does not meet high school baseball standards because the mound is at a little league level, the base pads are of incorrect length, the field needs more grass in certain areas to ensure safety and also it lacks sufficient fencing for protection. Fortunately, there are already bleachers, bathrooms and sidewalks, so these “very expensive” finances were not necessary, as they were in the other proposed options.

Furthermore, there are “no issues with environmental impact there because they are not carrying up anything, and it’s just limited to the improvements on that field.”

That is why DATA is considered to be the most “cost-efficient way to get a home field for our team,” as well as beneficial to DATA students. The only problem that exists is that “logistically, for [Foothill] to plan […] everything offsite […] is really hard,” Bova said.

Even though the amount of Foothill’s sport teams has increased over the years, the district has not provided any additional buses or drivers; now, parent-sparked concerns regarding transportation time and resources has been conveyed to the district. In the next couple of months, the school and district will meet to “figure out a solution for how to deal with the district-wide transportation issues,” Bova stated.

Although not absolutely sure, Bova believes that the funds to finance the renovation project come out of either general expenditure money or from specialized funds for building and improvement.

Spending such money solely on the baseball team has sparked some controversy among students and teachers.

Sowon Lee ‘19 sees “how there are good intentions behind spending this money on the baseball team to help provide better training and just better [Foothill’s] athletics team in general,” but she feels that “such a large sum of money shouldn’t be spent on one specific limited group.”

Lee would prefer to see this much money spent on programs or excursions that would benefit the entire student body, such as “new classes like music and AP Euro, or perhaps even educational trips.”

However, Bova sees that this project will enable the team “to have a home site for not just 30 kids now but 30 students for the next 50 years.”

Bova also stated that “the district has approximately a $200 million budget per year, so $170,000 is not a very large amount of money considering the size of the overall budget.”

“Our job is to make sure we provide as many opportunities and enrichments for students as we can, so certainly, the district would agree that the money is being used to provide more opportunities to students,” Bova said. “We want a wide variety of students to come to Foothill as well.”

Editor’s Note: This article was redacted at 10:33 a.m. on May 12 to remove a quote from Bova that was intended to be off-record.