The Foothill Dragon Press • May 2, 2018 • https://foothilldragonpress.org/263563/news/dragon-freshman-go-on-a-quest-for-knowledge-in-annual-ninth-grade-project/ 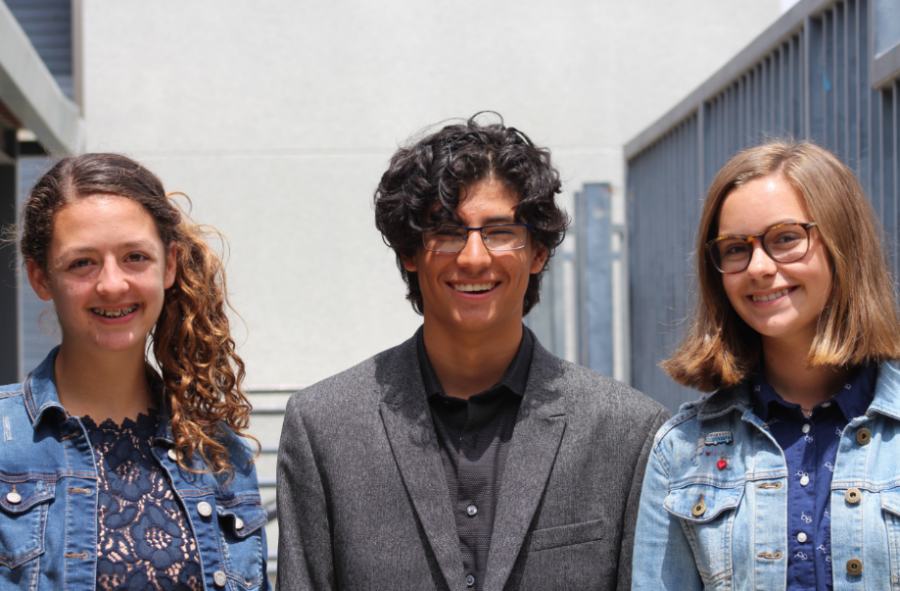 On Monday, Foothill freshmen took part in the annual 9th grade project, which was renamed as “Dragon Quests” this year. The project was organized differently than in previous years, so teachers like Kurt Miller believed that it was somewhat of an “initiation rite” for students.

As opposed to previous years’ focus on agriculture, Dragon Quests instead was “meant to give awareness to the UN sustainability goals, such as “gender equality, global warming and overfishing” said Tristan Arana ‘21.

The topic was changed this year because in“the last two years, [teachers have] received feedback from students that they wanted a little bit of a broader topic that could dip more into things that they cared about,” and “that’s why [teachers] shifted it away from agriculture […] and made it a bit more broad,” said Miller.

For this project, freshmen had to make an informational video and Piktochart on an issue of their choice and connect it back to Ventura. Students were able to select any one of 17 provided topics. The video was supposed to contain a hypothesis, well-developed research and interviews from experts to support their claim.

The project is connected and introduced through their health class, connecting back to their focus on global health. According to health teachers, it’s a great way for students to do their own investigating and learn about something they’re interested in.

One group did their project on “The Air Quality After the Thomas Fire,” said Elise Paul ‘21. She described how she believes the most interesting part of the project was discovering how severely the air quality was affected by the Thomas Fire, especially when it came to particulate matter levels.

“Our air quality is supposed to be in between rates of one and twelve, and during the Thomas Fire it was 500,” Paul said.

Another group, did their project on “Life Below Water and Oil Spills and Their Effect on Marine Life.” Nicole Stidham ‘21 said that they picked this topic because the Fuji oil spill in 2016 was “something that happened in the past, and [they] wanted to dive deeper and see more of the effects on marine life.”

The project gave freshmen a chance to explore health in a new way, practice teamwork and do research.

“Discovery, that’s one part of it, and research,” explained Miller. “We can also talk about what the students learned in terms of teamwork and communication—that’s a whole other set of soft skills that students learn.”

Some students found that the hardest part was finding time to work on the project. Hayden van Deinse ‘21 said that for his group, the most difficult part was “probably getting everybody together in the same spot to work on it collaboratively.”

Overall the freshmen learned “how to manage a team well and also how to manage resources such as time, and what [they] can do with the equipment [they] have,” summed Arana.