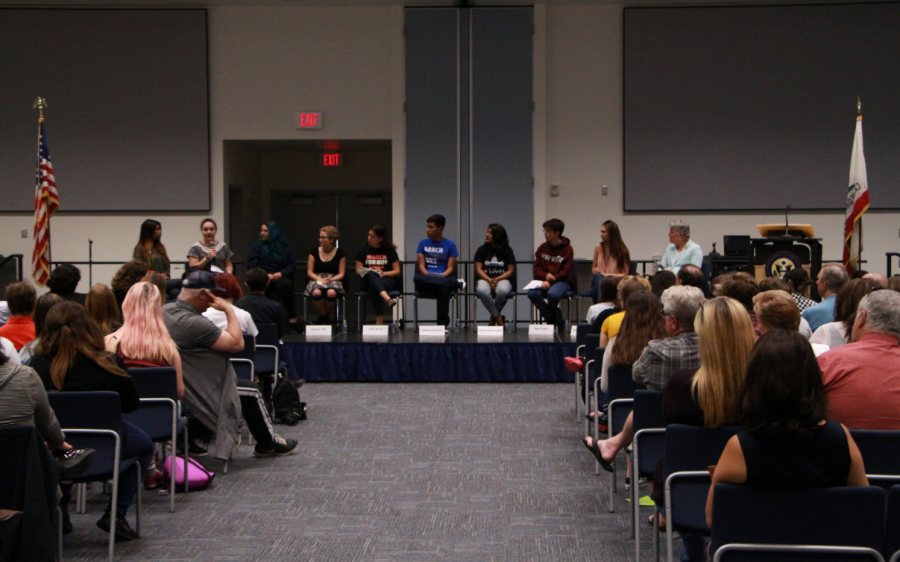 A group of students from various schools across Ventura County share their thoughts. Credit: Jason Messner / The Foothill Dragon Press

Ever since the Marjory Stoneman Douglas school shooting, increased awareness of gun laws and restrictions has become popular in young minds around the nation. This has resulted in widespread marches, walkouts and many students speaking their minds. This prompted Congresswoman Julia Brownley, a proponent of gun control, to enable students to have a voice in a student town hall meeting at the Ventura County Office of Education on Saturday, April 21.

Brownley called this student town hall to “hear [their] stories, [their] thoughts, [their] worries and [their] solution.”

“This is not a moment. This is a movement,” Ventura High School Student, Sam Coats ‘19, said.

She started the event with an introductory speech, congratulating the attendees for their activism and illustrating her hopes for this meeting, as well as for the future of the nation.

“The most important thing is that you are speaking up and showing up for the conversation,” Brownley said. “In my view, we can both protect the Second Amendment for law abiding citizens and do more to prevent gun violence. […] These are not mutually exclusive goals, but as a student told me in Washington DC, the right to own a gun cannot outweigh the right to live.”

Nine students from across Ventura County sat on the stage with Brownley, and each readily waited to share their personal story and their notion of what changes need to be made.

Brownley’s meeting enabled students to share their stories and opinions in a supportive environment, and also to become more educated about gun control.

“Never let anyone tell you that your voice will not be heard or that it will not have an impact,” Brownley said. “Clearly it can, it has and it will.”