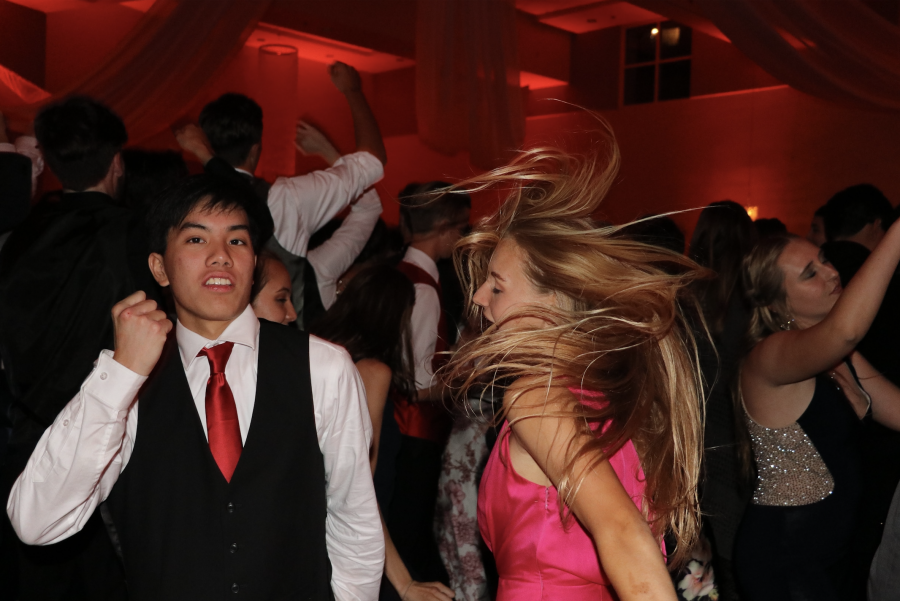 On Saturday night, Foothill students and their guests followed a “glass slipper” up the stairs of the Ventura Mission for “An Enchanted Prom.” They were greeted by various faculty members at the door and urged to vote for prom king and queen. Nominees for prom king included Josiah Beharry ‘19, Diego Peralta ‘18 and Esteban Teran ‘18. For prom queen, the nominees were Lane Domke ‘18, Jackie Fregoso ‘18 and Arika Guzman ‘18. After placing their choices in the two ballot boxes, students eagerly entered through the white fairy-lit arch into the colorful room.

Junior Class President and Prom Coordinator Abby Sourwine ‘19 noted that this year’s prom included exactly 367 students, saying that this amount is “more than we’ve had, ever.” She said that prom is “the most proud I’ve ever been of anything I’ve done.”

Teacher and Junior Class Advisor Claire Adams, who attended the event with her daughter, said that she really likes prom because “seeing everybody dressed up in their beautiful dresses [… is] a lot of fun.”

At 8:30 p.m., the music quieted as the nominees for prom king and queen took the stage. The DJ announced Teran and Guzman as king and queen and they shared a slow dance to “The Night We Met” by Lord Huron.

Associated Student Body (ASB) Adviser and Teacher Melanie “Captain” Lindsey said that “it looks like [students were] having a blast.” She mentioned the hard work that went into planning the event, citing “the paperwork” as the biggest challenge.

Sourwine wanted “the students to know that [ASB] did listen to [them],” especially on topics concerning location, cost and food. There was no dinner provided and the location was in Ventura, which made the cost of tickets and transportation much less.

Lindsey hopes that students were “having a blast at prom because they deserve it.”

Editor’s Note: Abby Sourwine is a sports writer on the Foothill Dragon Press. She was not involved in the production of this article.