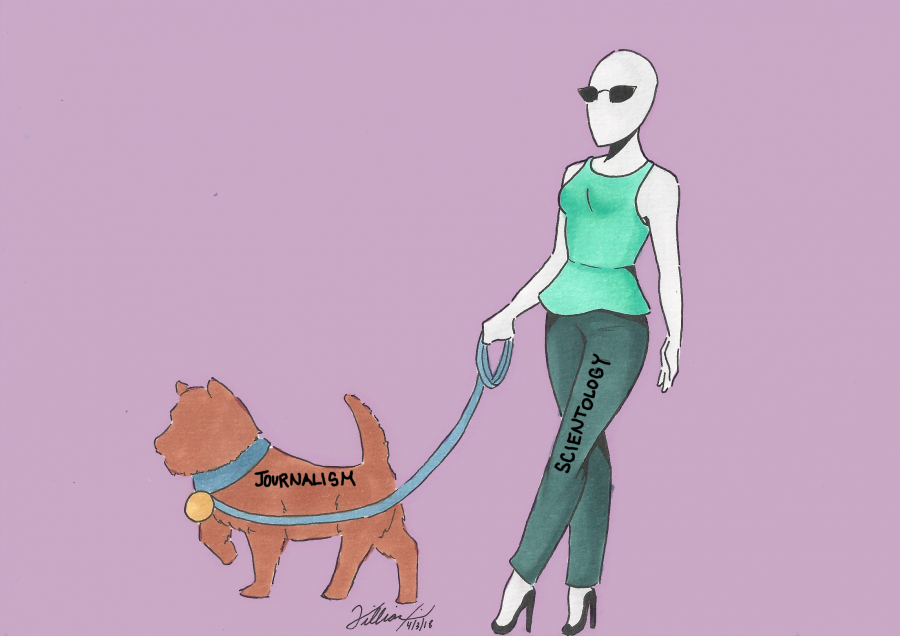 The United States is amidst an epidemic of media entitlement. Many internet users, myself included, have fallen ill to a disease of the mind where we expect free, reputable, online journalism. Although the fault is ours, the advent of online publications contributes greatly to this issue.

We perceive the internet as a personal bank of information that we can exploit to whatever extent necessary, free of charge. However, the notion of free information is dangerous when it comes to the online economy; how is an online retailer, business, publication, etc. to generate a profit or just pay their employees when the internet is seemingly free?

But advertisements are the bane of any internet-goer’s existence. However endless the cookies, videos and clickbait might be, lately a new form of advertising is actually tarnishing reality.

Native advertisements are ads that follow “the natural form and function of the user experience in which it is placed.” In harsher terms this boils down to advertisement agencies tricking readers into believing that an ad is actual content on the site.

This seems harmless when it comes to Country Crock advertising through articles on cookie recipes or Gatorade through sports science, but this form of advertising isn’t always that benign.

A few years ago The Atlantic, a mainstream publication, posted sponsored content that praised the Church of Scientology’s leader and their accomplishments. They have since taken it down but fortunately for us Business Insider saved a copy that I highly suggest you read here. The mistake The Atlantic made by “publishing” that article is laughable now, but imagine an organization as controversial as the Church of Scientology turning opinion into fact.

Even if you don’t see the Church of Scientology controlling your media intake as something to be wary of, this issue has larger implications no matter the magnitude of each individual case.  The separation of press and state is highly vital to democracy and has recently been all over the news. But amidst all that media attention, the relationship between the press and business has been forgotten. The effects of a corporation controlling the media is just as potent as the government controlling it. Although the master over the leashed press is different, the same inflammatory effects can occur.

Any news source is now vulnerable to manipulation and extortion if they open themselves up to native advertising marketing strategies. If a site was to drop an advertisement deal due to ideological or ethical reasoning then they lose revenue. This gives companies the upper hand when it comes to content.

Even if a publication slips through the cracks and doesn’t utilize native advertising, its image is tarnished. Tarnished by the constant suspicion a reader would have developed in this new age of corporation-controlled media. Nowadays it’s a struggle to find any site that isn’t monetized through some sort of advertisement strategy, so the conflict of interest news has now developed with businesses will leave no publication unscathed.

The only way any journalistic integrity can be maintained is through unmonetized sites that expect no revenue, such as The Foothill Dragon Press, or the abolition of the notion that quality, unbiased news should be free. The latter is much more feasible, and frankly the only realistic option among the two.

We must support a liberated form of press through whatever means available because there is no free press that is free of charge.