The Foothill Dragon Press • May 8, 2018 • https://foothilldragonpress.org/262924/arts-and-entertainment/music-new/superorganism/ 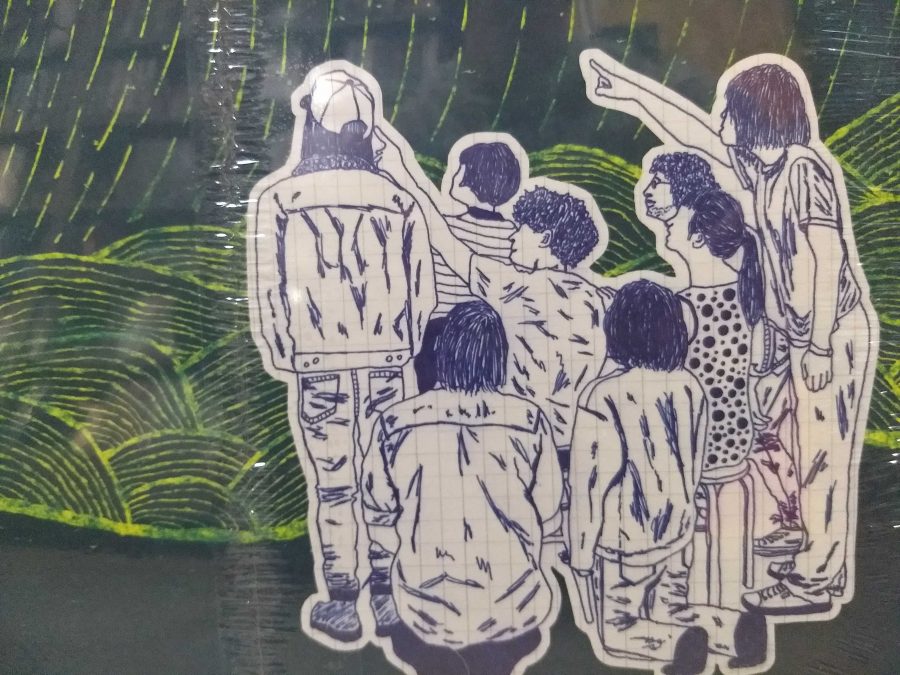 It makes sense that a group of eight members would show a wide range of influence and styles however, the surprise is that Orono Noguchi’s team is able to conglomerate them all into something wonderfully unique. This is the connection that Childish Gambino’s “Because the Internet” aimed to achieve, extended as a long-term function. If musical superpowers were able to cooperate this effectively, the world would be full of cotton candy creativity.

Superorganism is an attack, a spectacular wave of pop ingenuity. Strange meters, raw samples and cacophonous webs of production beg to be listened to again. In some songs they utilize complete silence that leave a vastly transient craving for their eclectic unit of sound. In others, the sound shifts between right and left channels like a writhing amoeba. It could better be described as modern jazz than psych pop, but the group easily defies the limits of singular influence.

Lyrically it is also a wave. “It’s All Good” has a verse for listening on a first class flight and a chorus for skydiving off the plane. Then comes a somber and mellow contrast with “Nobody Cares.” It is simple and clever at the same time. Noguchi laments as an apathetic store clerk in “Something for your M.I.N.D.”; “This sucks, I’m the K-Mart soda jerk/Cirque de trash, I kept the stash/of coca candy straight from Japan.” Bubbly yet devious, depressing yet bursting with energy. Noguchi can be described as the anchor to the album’s sprawl, while simultaneously being perceived as its source.

Superorganism is a boon to modern social structures; such lovely music has burst all over the world from within a bedroom studio and it will hopefully inspire people to use the internet to connect in meaningful ways. The bleak aspects that contaminate the freedom of technology have no place in these thoroughly and deliciously blended tracks. For any kind of modern listener, this album will truly absorb you into the organism.