Advances in artificial intelligence will not be a digital disaster 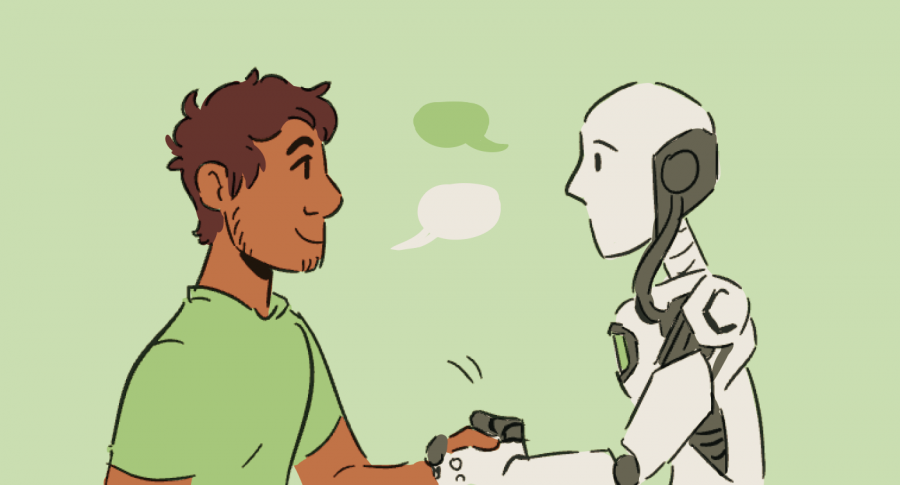 Why do we romanticize new technology in such a terrified light, when we like to stick the bright glowing box we call our iPhones in our faces on the daily? Why do we fear artificial intelligence (AI) when we depend on voice-to-text applications? People worry too much about technological advances, claiming that the world is ending every time a new Apple product replaces the last or they see a teen with their earphones jammed in like it’s Fahrenheit 451.

Yes, novels such as Bradbury’s dystopian tale and other forms of popular culture obsessed themselves in shrouding technology in a veil of digital corruption. We’ve come to fear what we’ve bountied from so much that people forget technology has brought so many advances now ubiquitous in our lives.

But I’m sure you’ve heard that lecture before, right? So why do we still fret over technology like it’s the devil in the data? There is caution to be taken when forging new capabilities for mankind, and popular media is infatuated with making us weary of technology.

Shows such as Netflix’s Black Mirror hyperbolize the dangers of modern devices; movies like The Terminator ingrained into us that machines will eventually be our doom, while Jurassic Park warns of hubris in interfering with genetic technology. We live in a juxtaposed culture where we surround ourselves with the very thing our entertainment tells us to fear. A techno-doublethink, wouldn’t you think (as you Google what doublethink means)?

But we shouldn’t be so quick to be judgmental of new technological discoveries. There is a necessity for questioning and there have been truly detrimental developments such as nuclear weaponry or other machines of devastation, but not every piece of new technology should be dismantled as a fat-man in a flat screen.

Considering what has been beneficial to society, it’s surprising we still treat new technology as the boogeyman. Let’s consider the developments in AI. Popular culture in the form of Westworld or the Alien franchise would have us petrified at the thought of automatons in our society.

The sterile computations of a robot replacing humans in an array of jobs makes our skin crawl into gooseflesh—they could take away our ability to get work at McDonalds for crying out loud! But we shouldn’t be so hastened to dismiss AI as our future technological overlords.

A study conducted by the Pew Research Center shows that, while 15 percent of Americans definitely feel human labor will be phased out in favor of robotics, 36 percent feel their own jobs would be secure. That’s more than double the percentage, which is odd considering that we’re so afraid of AI advancement to the point that Pew actually ran a survey on it.

So why did these participants feel worried about other jobs, but secure about their own? It’s because of the first hand-experience in their own respective work that shows a human element is needed, that with all of the technology surrounding them already that’s complementary, they know their job can never be supplemented by a machine.

An article by The Verge summarizes this perfectly, stating “a computer can drive on a highway, yes, but it can’t repair a truck, unload its inventory, argue with unhelpful warehouse managers, or even refill the gas tank,” which shows just how essential the human mind still is.

It’s easy to look at any other job, like flipping patties for fast food, and think “a computer could totally do that,” but looking at your own craft through the lens of your personal touches dissuades any concern. After all, I think society still values the unique zest a chef projects into food than to have it helmed by AI.