Everything you need to know for upcoming ASB elections 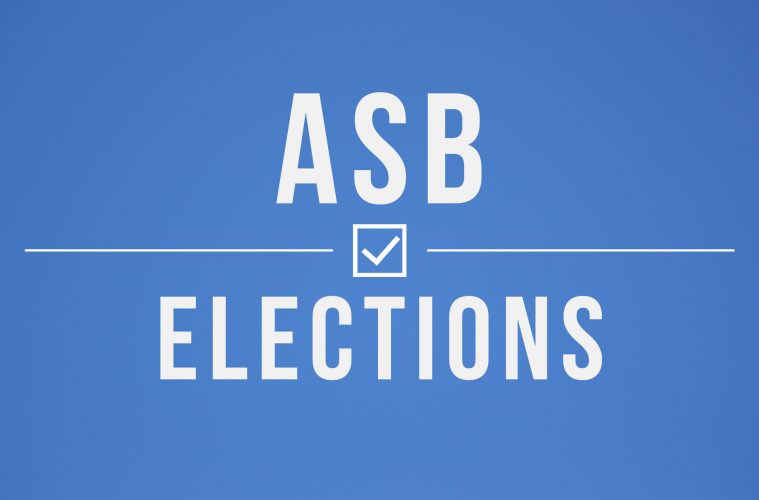 As the new school year approaches, the freshmen, sophomores and juniors must select the Associated Student Body (ASB) President and Vice President to organize campus events and promote school spirit.

The ASB president must work closely with ASB Coordinator Melanie “Captain” Lindsey and is delegated with the tasks of running the class, overviewing ASB-led events and making sure that members of class are following their Code of Conduct.

Below are biographies for the two candidates running for president and the three candidates for vice president.

If elected in office, she would want to “involve more kids” across campus.

Goncalves feels like “there is something missing on our campus that is causing kids to not feel as excited to be here.”

“I want to make kids feel like they have the opportunity to come and, you know, voice their opinions and ideas,” Goncalves said. “If they have something they want to make happen, I want them to come to us and have them feel like they can have their ideas happen, even if they’re not in ASB.”

“I am prepared for it; I am excited to do it, if I’m elected,” she continued.

This is Goncalves’ third year in the class, which makes her feel like she knows the class inside and out. She is running against Abby Sourwine ‘19.

Aside from leadership experience in ASB, Sourwine is co-captain of the Foothill basketball team, as well as co-vice president of Foothill’s “The Club,” from which she has developed skills in “how to work well in groups, handle pressure and put others before myself.”

According to her biography, Sourwine places value on “generosity, commitment and determination in every area of my life, [and] ASB is a high priority for me.”

“This has actually been one of my goals for years,” Sourwine said regarding her campaign for ASB president. “Pretty much since when I saw what the ASB president was doing, I just thought, ‘I could do that,’ and I think I would be a good fit for the position.”

Sourwine’s main goal is “to make the ASB class as cohesive as possible, with regular communication, celebration and task assessment.”

In her plans for organization of ASB, “everyone has someone who they report to, and eventually everything is reported,” and “everyone can just have a better time that way,” Sourwine said.

She will also work to “engage the student body with things like social media polls and open-school meetings,” as stated in her biography.

“My plans for the student body are pretty simple,” Sourwine said. “[I want] to make sure they’re happy to come to school and to work with whoever the vice president may be to make sure that they’re achieving academically as best as they can.”

Sourwine feels that her experience and motivation make the ASB president position one “that I thought I could fill well.”

“It’s where I’ve always felt I could belong and make an impact,” Sourwine said.

Beharry has been wanting to be vice president ever since his eighth grade interview with ASB, because “I saw how motivating and inspirational they could be and I just wanted to be able to fulfill that and [be that figurehead] in every students’ life.”

Beharry has learned from his position now “how important it is to hear students’ input.”

Beharry’s goal in his term is to recognize and celebrate the minorities at Foothill and “give them an opportunity to be heard.”

“I want to start planning and [executing] days such as National Diversity Day, Pride Day and Black History Month. I think those months and days are so important to recognize minorities, like myself, who know what it’s like to feel unwanted and be unheard.” Beharry said.

Regarding the Renaissance Program, one of the pinnacles of having the job as vice president, Beharry believes that “if you come into your classroom and everyday you try your personal best and you work hard […] for your personal grade then you should be recognized for that.”

“I want to recognize the students that don’t make Renaissance,” Beharry said. “As long as you try your personal best, and you come to school ready to do better than the day before, you too should be recognized.” Beharry said.

Amazing Oakes ‘20 was the Secretary for the ASB class and the class president in every year of middle school. This year, she is running for the vice president position against Josiah Beharry ‘19 and Claire Renar ‘19.

According to her biography, she “learned the value of conversation” through journalism, which she believes is “an important quality for making students feel connected and loved when having a conversation with them.” She wants to use this skill to “respect, reward and recognize” the student body and the staff.

She also places a heavy emphasis on communication, especially between the “ASB class and the student body.” In her idea of a new ASB class system, “we can do things efficiently and everyone knows what is expected of them.”

“I think there are always ways to take it to the next level,” Oakes wrote in her biography. “If I become the ASB Vice President I want to move the school in a direction of open communication.”

Oakes strives for “academic excellence,” and hopes to instill this same spirit through the Renaissance program, which is designed around “recognizing and appreciating the student body.”

If elected, one of her top priorities would be “reaching out to the underdogs.” This past year, she has noticed that many of the school events are more oriented towards extroverts, and she wonders, “what would we do for the introverts,” and “how can we branch out?”

“I think it would be interesting to think of some possible new events to reach an audience we may not connect with when it comes to school dances or things like that,” Oakes stated in her biography.

She also feels ASB is an “underlooked area” and “does so much and gets credit for so little.” If she becomes vice president, she would “like to go above and beyond to make things celebrated and clear and out in the open so the same accurate information is given to all people.”

As vice president, Oakes’s main goal is to ensure a “positive energy and positive environment in the school” by promoting others to contribute ideas concerning how to make the school and its events better.

“Fresh ideas and a fresh mindset is a good way to come at certain problems,” Oakes said. “Who knows what could be possible in the next year?”

Claire Renar ‘19, the only incumbent candidate, will be running for another term as vice president. Renar’s experience has allowed her to “see how both sides of this campus works [whether it be as] a staff member or student” and learn that “nothing can be done if we don’t properly communicate with each other.”

Renar’s hope for her next term as vice president is to continue her goal to give every student a voice.

“My goal running as a sophomore was to let students be who they are as much as possible and feel like they have a voice,” Renar said. “That’s why I am running again this year; to build on what I started last year, continue growing as a leader and being a representative for those who don’t have a voice.”

As well as having the responsibilities as vice president, the electee will coordinate the renaissance program, which Renar has focused on. “Renaissance means so much more than a grade point average (GPA) […] everyone has a different idea of what they want to achieve academically [and] everyone [should] feel rewarded for their work,” Renar stated.

In Renar’s time as vice president, 85 percent of Foothill students are a part of the Renaissance Program, a record for Foothill.

Renar’s campaign slogan is “be who you are, vote for Renar” illustrating an environment where a student doesn’t have to be apart of ASB, journalism, the FIRE program, Bioscience or Design Tech to have an input.

“I want students to be able to feel like they can come to me whenever they want and I can collaborate with them to make whatever they want to happen on this campus actually happen,” Renar concluded.

Editor’s Note: Abby Sourwine ‘18, Amazing Oakes ‘20 and Claire Renar ‘19 are staff members of the Foothill Dragon Press and were not involved in the reporting or production of this article.