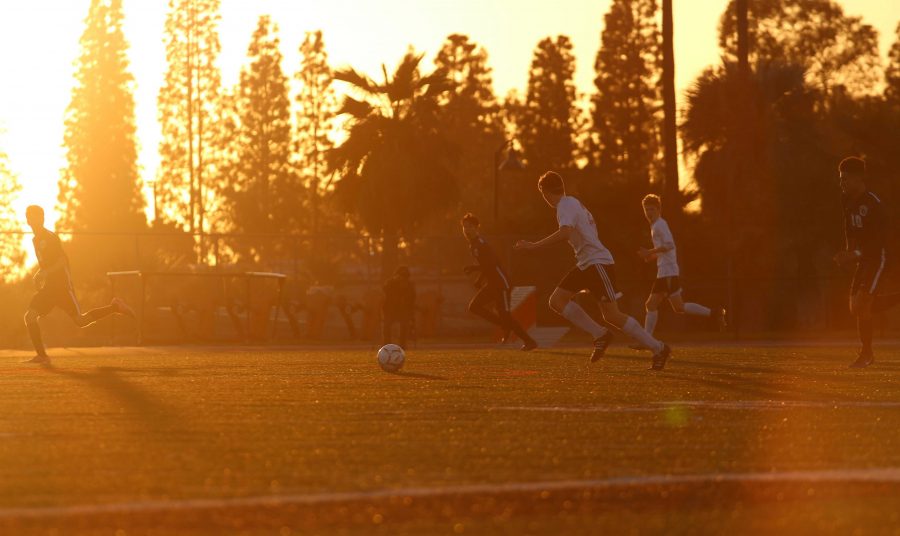 The Foothill Technology High School boys’ soccer team hosted their California Interscholastic Federation (CIF) semifinal game against Aquinas High School on Tuesday Feb. 27, 2018. Despite doing “extremely well in the first half,” according to Ezekiel Colby ‘18, the team’s season came to a close as they were defeated 0-3.

The first goal of the game was scored by the Aquinas Falcons very own Jardel Santos ‘18 from a header in the six yard box off a cross.

“Our team played one of our best games last night,” Colby said. However, “after the first goal I felt as if our confidence went down and we weren’t playing the same as we did in the beginning.”

The Falcons scored two more goals with less than 15 minutes left. “The team was tired which led to mistakes and left open gaps in our defense,” Raymond Gonzalez ‘18 said. Colby felt that “the team just gave up” and their “lack of confidence really hurt [them].”

Despite their season coming to an end, the Dragons worked hard throughout the season.

Colby and Gonzalez will be graduating this year, along with seniors Cole Chilcutt, David Hill and Diego Anderson. Although they are sad to see the season and their Foothill soccer careers come to an end, Colby and Gonzalez both have appreciated the coaching Andreas Wedderien has provided for them these past four years.

Gonzalez even stated that Wedderien “definitely changed my life on and off the field.” Colby agreed, saying that Wedderien “has taught me so much over the past four years playing for Foothill and I can’t thank him enough.”