Growing Up Half Asian 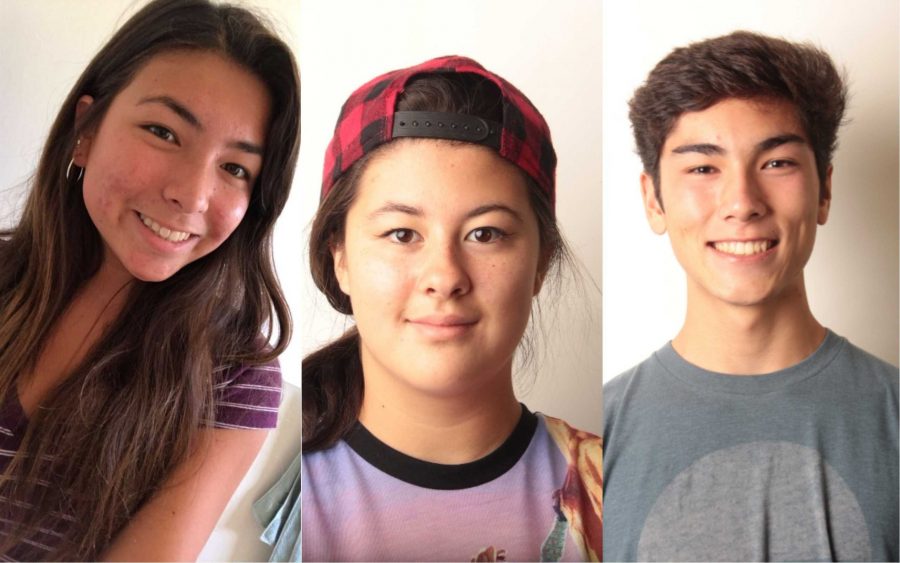 Living in a household that is both Asian and German is both wonderful and bewildering.

Although my father was born in Hong Kong and my mother was raised by German emigrants who fled from Nazi Germany, it was our grandparents who carried on their cultural legacy to my brother and I. That isn’t to say I live with my parents in a vacuum of foreign culture–that isn’t true in the slightest. My mother tutored me in German during my childhood and shared with me her German view on life.

My father, although Western in his mannerisms, is still “Hongkongese” (a slang term differentiating citizens of Hong Kong from Chinese mainlanders), and it shows in our household. We burn incense, have a few little statues of Buddha scattered about our house, and grew up listening to my father describe some of his experiences as an Asian living in America. However, German and Hongkongese culture was and is delivered to my brother and I in the highest concentration by my full-blooded grandparents, who were significantly more knowledgeable of their respective cultures.

In hindsight, my childhood was an unorthodox one. There is a seam between my Asian and German heritage within my identity, but my existence isn’t a conflicted one. As a “mixed kid,” I grew up with two cultures that would seemingly clash horribly. I would go to my German grandparents’ house in western Ventura, listen to their German music, speak their language and eat their food. However, the next day I’d be off to Los Angeles to spend the day with my Hongkongese Nana, who would take us out to dim sum, a southern Chinese form of brunch composed of many small dishes, give us lai see money from our great-aunts in Hong Kong and Canada and take us to Asian markets.

The impact this seemingly double life has on my character is profound, but I do not define myself by my ethnicity. Rather, I enjoy a diverse lifestyle filled with German and Asian influences. These influences ranged from my love of exotic Asian food to my quintessentially German stubborn attitude. My affection for anime was born out of our childhood watching Chinese cartoons and 70’s and 80’s anime my father grew up with as a child, and my fascination with history, in retrospect, came from my curiosity about Germany’s dark past.

But these two cultures aren’t always separate. During holidays such as Thanksgiving, Mother’s Day and Father’s Day, both sides of the family come together. During childhood, I never noticed, but throughout my adolescence I’ve discovered that the unity, respect and love from both sides of my family is truly special.

My grandmothers are like sisters; my uncles and father act like old high school friends. They could have just as easily drawn boundaries around themselves and their conflicting heritages, but they chose to live in harmony. I think that’s truly beautiful. It’s the best part of being a mixed kid with the fortune of having such a wonderful family: I can experience firsthand what it’s like to push aside societal differences and love each other as people. As family.

If you were to ask me how my life is different due to the fact that I live in a half-Asian household, I would tell you that, holistically, my life is not much different than yours. No, I don’t eat rice for breakfast, lunch and dinner; no, I don’t spend all my free time meddling with computers or solving math problems; and no, I’m not part of some model minority that excels in every area of academics.

My mother immigrated from South Korea at age 36 simply seeking something new, eventually finding something she wasn’t exactly looking for: my father, a Southern California native. A few years later, I was born. So here I am, a child raised in America, yet influenced by some watered down aspects of a half-Korean household.

Although my mother came to the United States in hopes of finding something new, she brought with her many remnants of her Korean culture which she still holds to this day and continues to pass on to my family and me, 21 years later. Because of this, I grew up with an exposure to many components of foreign culture that many people don’t experience. To name just a few, my family and I watch the Korean news and variety shows every night together, we get a delicious array of homemade Korean cuisine and my parents use Korean messaging apps to communicate regularly with friends and family back in Korea. All of these things are small; yet, as a collective, they make a difference.

That’s not to say that being influenced by two conflicting ideas and practices didn’t have its challenges. Growing up with clashing cultures was never easy, but it has allowed me to see and learn life through a different set of eyes.

When I was younger, I remember my teacher asking each of us what we planned to do for the holidays. I excitedly shared how I was going to go to the Bay area to visit my obaachan. Everyone looked at me blankly, so I proceeded to say “I mean my grandma” like I always had to say. Growing up, I felt a lot of confusion, regarding what I was and what I should say I was. “What are you?” is the most common question I get asked. Sometimes it’s in a kind and curious way, while other times their voice hints that they think I’m some extraterrestrial being. To Asians, I’m more white, and to white people, I’m definitely Asian or something entirely different. No matter what they thought, I am still half-Asian and half-Caucasian, no more, no less. “Check one box” is a befuddling requirement when asked to identify my race.

I am definitely “Americanized” in the sense that I really don’t have much connection to my Japanese heritage. With only one parent to pass down these traditions and cultural aspects, I never really had ties to this part of myself, but my obaachan has always emphasized embracing this Asian part of me. Whenever we visit, I know that we’ll be eating udon, visiting the Asian market and making mochi together, and it’s something I look forward to every time. I’ve also learned a lot from my obaachan through her cultural experiences as a Japanese-American. When she was my age, she was placed in an internment camp during World War II due to Executive Order 9066, but she held on to her culture, her traditions, her language and who she is. She’s never doubted her identity as an American and a Japanese-American.

Although there are a lot of unexpected things that I run into as half-Asian, there are so many more aspects that make it great. I’ve realized how amazing it is to be immersed in two cultures. Christmas with Dad’s family consists of gingerbread cookies and Santa, while New Year’s with my mom’s side promises a full Osechi Ryori feast. I’ve realized that I get to be a representation of the American “melting pot,” as well as change old societal views that never should’ve been there in the first place. It always baffles my mind to think that up until 1967, interracial marriage wasn’t legal in every state, but now America is a representation of many cultures and many cultures coming together. I love being a part of America’s melting pot: breaking down racial barriers, and progressing as a country.

For me, being half-Asian is about recognizing the differences between my two cultures and what makes them great, but also noting that they don’t have to be separate. It is about appreciating how beautiful it is when they do collide; two completely different cultures, beautiful and unique in their own way, coming together to create one.