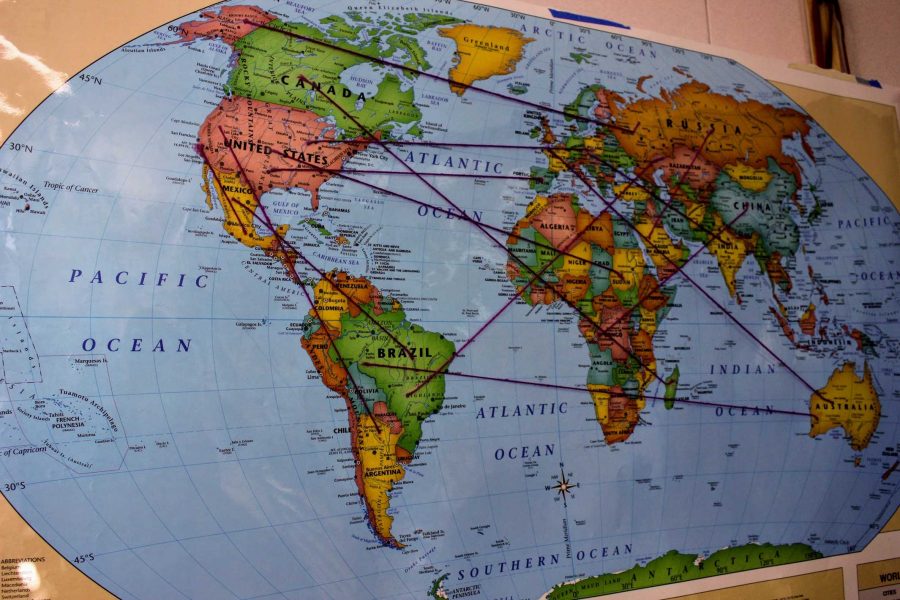 Entering into high school means entering into reality: no more coddling, beating around the bush or pretending that the future is a long time away. Now there are constantly questions, goals and decisions orbiting your mind. For the next four years, one question in particular stays in close proximity: what makes you stand out?

Becoming multilingual is not only going to give you that answer but change you in ways you wouldn’t even realize.

The hippocampus was the part of the brain that grew, which is the area for memory and is involved with how we learn. By learning a language, you’re strengthening your memory and improving your attention. It also makes you better at multitasking because while you speak and write, the brain is somewhat “juggling” while deciphering between languages, according to a professor of psychology at Penn State, Judith Kroll.

People who are bilingual and multilingual are more cognizant because the process by which they switch between two languages requires a lot of attention.

Jimena Perez ‘20 grew up speaking Spanish and learned English in fourth grade. She described how “through the years all my dreams used to be in Spanish, I would count math in Spanish–even out loud–and I would just get confused, or I use to just translate things from Spanish to English but as time goes by and as you learn the language more and more you’re able to think in both languages.” This is exactly the type of “juggling” Kroll described.

There are over 7 billion people in this world and about a billion people who can speak English either fluently, or sufficiently; that’s almost 15 percent of the earth’s population. Monolingualism placess a barrier between you and someone of another language.

By becoming bilingual, you open multiple doors to interesting people who have stories and adventures to tell. Language is very important as it is a tool meant to disseminate knowledge, experiences and cultures.

“For me, it was just as much cultural as it was lingual. It was really about connecting with people more than anything,” Spanish teacher Josiah Guzik said.

After high school, he worked for two summers picking strawberries in Ventura and Oxnard.

“All the instructions were in Spanish, all the field workers spoke Spanish. It was an experience for me. One, to learn about Spanish, but also to sort of connect with people that, like I mentioned before, I was never able to connect with before,” he said.

Perez expressed how learning a new language is a great opportunity because “I feel in the future I will have many more opportunities because I’m bilingual and it also gives me the opportunity to be able to learn so many other languages because I already have a start off point.”

With every new place comes different people and varying lifestyles. If you’re one for travel, knowing the language of the country you plan to explore is extremely helpful. For one, you most likely won’t get lost. But more importantly, you can communicate with the people native to that country.

Traveling exposes you to many different cultures and being able to communicate within that community expands your outlook on the world. Federico Fellini, an award-winning Italian Film Director, sums it up quite perfectly: “a different language is a different vision of life.”

Studying abroad is always an option when you know another language. For Guzik, he was able to go abroad for a semester to Cuernavaca, in southern Mexico.

For Spanish teacher, Kathy Leaf, she found that you’ll travel to another place thinking you know a lot about the language, but you’ll see there is always more to learn.

“In the very beginning, the first time I went to the Canaries, I only went there for a month. I felt like even though I had studied Spanish and I knew Spanish, I felt I didn’t know anything,” Leaf said. “Just because the world is so big, the language is so huge and they were using words I had never heard before.”

Given all the benefits of being bilingual Guzik, Perez and Leaf agree that they value meeting new people most.

“For me, the most important thing is being able to connect with my neighbors, [and] connect with people who live here,” Guzik said. Not being bilingual meant being more isolated from those of another language.

“It’s just my all time love, my value of it is the ability to travel and to meet new people and experience new things,” Leaf said.

One of the more obvious reasons for learning a new language is that fact that it makes you more desirable for jobs over someone who is monolingual. Being bilingual can be helpful in health care, hospitality, education, law enforcement, customer service, social services, finance and communication to name a few. It is just one more thing that will put you over someone else.

No matter what it is, you’ll have most likely gained an experience from being bilingual that will make you more deserving or better for the job.

Eton Institute’s Language Development in the Workforce survey of September 2014 said that 89 percent of their clients thought multilingual employees brought value to the workforce.

Whether you learn a new language because of school or passion, it will aid you either way. Who knows what type of journey you’ll take by learning a new language, but there’s a high possibility that it would benefit your life.