Wakanda doesn’t exist, but geography at Foothill should 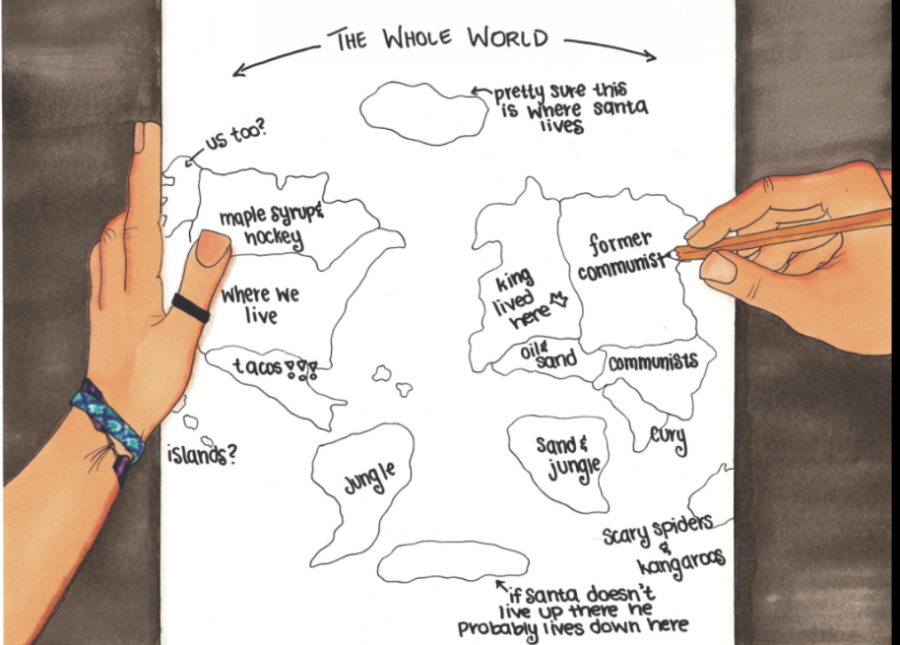 Man is slowly losing his capacity to understand the world in which he lives, an epidemic propagated by a lack of a geography courses in high school education—a problem Foothill only contributes to. If nothing is done, alumni generations from now won’t even be able to book flights to the right location. Kids are being cheated of valuable knowledge.

There’s no logical way for geography denialists to relegate its importance in education—it’s unavoidably apparent in everyday life, from where we travel to where we choose to live. History is determined by geography. It’s important to know of geographical and historical synthesis, or else adults end up asking questions like “How did early humans migrate to North America from Asia if Alaska is an island?” and “Why didn’t Hitler just invade Britain and America by land?”

These questions may sound a bit far-fetched, and assuming that all of those Jay Leno segments are scripted, not inquiries commonly pursued on streets or in classrooms. Perhaps geography is easily self-taught. After all, how many fools can’t locate the United States on the map?

A very concerning number, actually. I have yet to forget the moment when a classmate, failed to locate the United Kingdom on the world map. Foothill’s response to this issue has been almost as disappointing as Miss South Carolina’s at the 2007 Teen USA pageant—which is to say almost nothing at all.

Claire Adams, a history teacher who taught physical and human geography for five years, agrees that the subject is lacking. “It’s not just where countries are on a map,” she said, though we could use some help with that too.

Adams raised an indisputable fact about globalism, that “[it’s] here and it’s not going away.”

This is a response to nationalistic, anti-globalist sect of American Politics. Just exactly what Kool-Aid have they been drinking? One of vanity.

“America is such a vast country yet it’s so insular. As a foreigner, sometimes it seems to me that it’s almost arrogance,” Adams continued.

With a country of nationalists comes a country of egoists who refuse responsibility for any crisis facing the world. Geography would at least remedy the gaping hole in the back of people’s heads that’s at the moment, chalk full of paranoia and ignorance.

“We lack physical geography; we don’t understand the processes of heat, weathering [and] change in the environment,” Adams said. Not just that, but we’re unaware that climate change exists.

Climate change is an issue that must be dealt with on an international scale, though the trigger word “global” in its former name was likely the deal-breaker for nativists long ago.

Lest children are coerced by the school system to learn geography, they’ll regress into an area of intellectual indulgence, the battleground between technological excess and the need to complete already existing coursework. The sun rises each day on a school of kids knowing less about Earth than the primates whom they evolved from.

Be honest, 95 percent of the your time on Google Earth is spent staring at your neighbor’s house. Perchance somebody attains legitimate geographic knowledge, it’s done indirectly. I’d wager that half of the Make America Great Again (MAGA)  supporters alienating the Deferred Action for Childhood Arrivals (DACA) recipients probably didn’t even know that Mexico was on the southern border prior to a couple months ago.

Without this much-needed education, it’s not hard to envision the totality of flat earth society members eventually surpassing that of Alex Jones’ Infowars patrons. The former, aided in its continued fight against physical reality, while the latter fights a conspiratorial one. Where will you be twenty years from now, when we come to face this grim destiny? Did you idly stand by, or join in the fight for a public education that includes geography?