Review: “The Night Circus” is full of details but little development 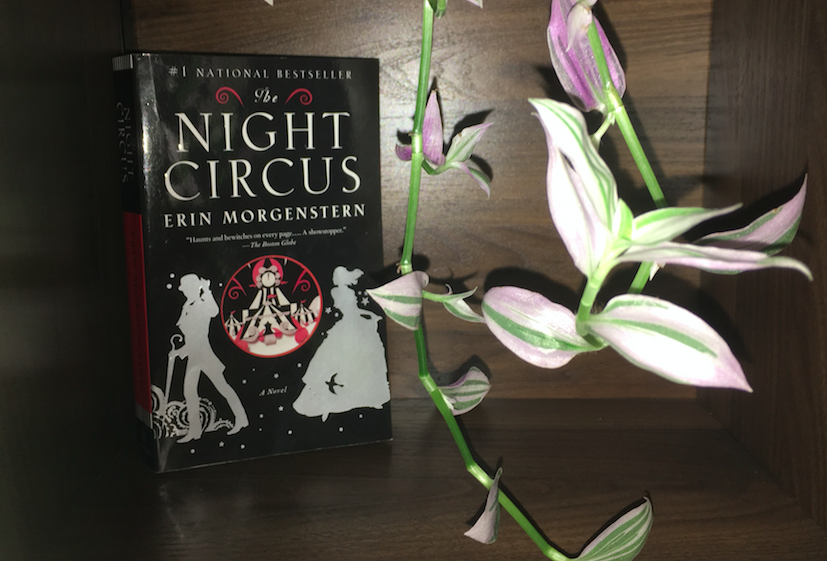 The black and white striped tent is the centerpieces looming above the characters that are awaiting for readers to discover the mysteries hidden beneath the folds. The tarps are covering the world of suspicion, the world of “The Night Circus.”

“The Night Circus,” written by Erin Morgenstern, will take you through the story of Celia Bowen and Marco Alisdair. Both are up and coming magicians who are fated to compete against each other in a competition of skill and endurance by their guardians. The competition takes place over multiple years and the “battleground” is a circus that appears out of thin air in different places throughout the year. In the process of this competition, the two fall in love and try to withdraw from the game before one of them dies, because in this game only one can walk out alive.

There were many problems that appeared in this novel. Though the synopsis focuses mainly on the relationship of these two characters, the book tells a different story. In reality, the reader is given multiple perspectives of people that are involved in the circus, either by being a part of the circus’ crew or by being a follower of it. Some of these perspectives were seemingly unneeded to develop the plot of the novel. It may have made one understand the circus as a whole but in doing so, the novel failed to give a sufficient enough development of all the characters. There were too many stories being told, which created too many developments occurring within 400 pages. However, some of the characters had interesting stories and were enjoyable to read, but the story as a whole didn’t benefit from them.

Spotted the circus in @strandbookstore staff picks. (Staff picks are my favorite.) pic.twitter.com/0lqJr9lQYG

In truth, the readers were not given a solid development of any of the characters feelings, mindset or their relationship to the other characters. One of the most notably under developed relationships in the novel was the romance between Celia and Marco. They seemed to have fallen in love after seeing each other rarely, which caused their relationship to appear superficial.

While the synopsis glorified the fact that the competition was full of intensity, it seemed to disregard that this supposed “competition” actually had nothing to do with two people battling each other in order to succeed. As a result of this, there were no points that kept the readers waiting to see what happened in the “dramatic rivalry” but instead an incessant droning of details that replaced the quality development of the plot and characters.

“The Night Circus” has a lot of promise at first glance, but some readers may be disappointed with the fact that there is a falsehood that encompasses the novel and a journey that focuses mainly on the surrounding of the characters. However, some may revel in the detail and enjoy the trip of “The Night Circus.”