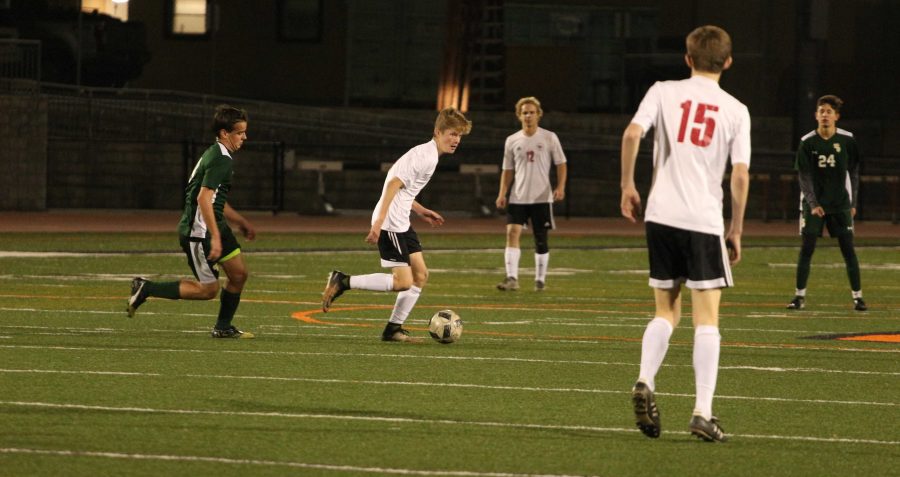 The Foothill boys’ soccer team beat the St. Bonaventure Seraphs 3-0 on Thursday, Jan. 25. Jacob Girardot ‘20 stated that the team “controlled the middle really well” and “they were solid on defense.”

Additionally, Max Turville ‘21 thought that one of the team’s strengths was “winning the ball first and just taking more shots.”

The first goal of the match was scored in the first half by Turville off of a corner kick taken by Cole Chilcutt ‘18.

The next two goals were scored by Kyeler Brant ‘20. Brant’s first goal was a “slotted […] pass through [the] Seraphs’ defense” according to coach Andreas Wedderien. Turville had played a ball behind the St. Bonaventure defense to Brant, leading to a goal that “gave the Seraphs’ goalie no chance,” Wedderien said.

The third goal was off of a penalty kick after Brant, in Wedderien’s opinion, was “brutally taken down in the box” by a Seraph defender. Brant took the kick himself and scored his second goal of the game.
Despite [outplaying]” the Seraphs “in every category of the game,” as said by Wedderien, there were still shortcomings that could have been improved in the Dragons’ game.

“The wingers could have been better,” Girardot said. The team also “could have brought the ball down a little bit faster.”

Some of the other strengths of the match was that they “won [their] headers” and that the Foothill goalkeeper, Luke Shadden ‘21, “had some really good saves as well,” Girardot said.

Not only did both Turville and Girardot think that Brant stood out in the game, because for the fourth time this season, Brant received the “Man of the Match” award.

The Dragons now have a record of 3-3-0 in league play and they look forward to working to continue their winning streak and working hard for a spot in the California Interscholastic Confederation Playoffs. Their next match will be played away against Bishop Diego on Monday, Jan. 29.