Heat in the street and the friction of our diction 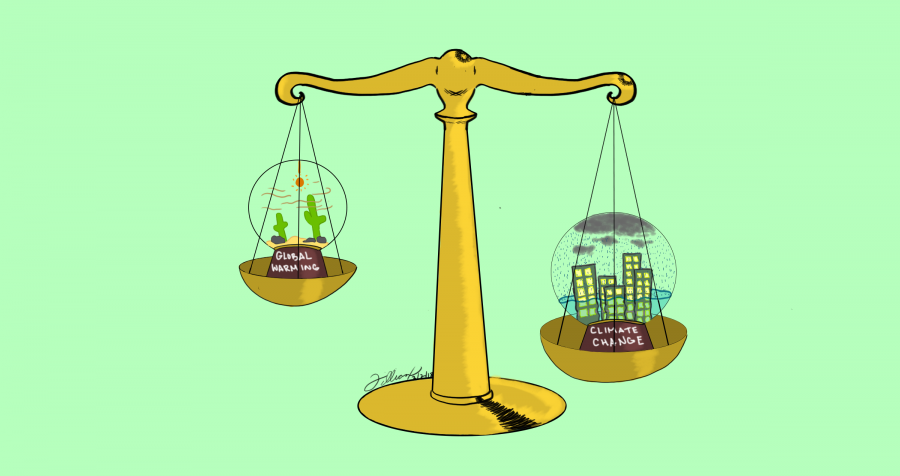 In the aftermath of one of the most brutal winters in memory, tossing around the term “global warming” seems like a joke. With the entirety of the Eastern Seaboard glazed or choked in ice and torrential rains in Southern California “warming” is more of a blessing than the global catastrophe that it truly is.

The connotations of “global warming” are just a narrow slice of what we face in the years to come living in a continuously evolving climate. We witnessed the classical version of global warming this winter when the Thomas Fire tore through our community. But in actuality this was due to the more abstract side effects of the issue: an increased amount of rain in the past year meant more fuel that could dry out and be consumed by fire.

The images the phrase “global warming” provokes in the minds of people are that of parched desert surfaces and 80 degree winters in New York but are far from the reality of the situation.

On the other hand, the all-encompassing term “climate change” conveys the severity of our situation in the most scientific way possible. Side effects of the human-produced warming trend occurring now ranges from rising sea levels to drought, fires and increased rain and snowfall. The situation we find ourselves in is far more complex and multifaceted than simply “It’s going to get hotter.”

Therefore, dubbing it climate change is most effective in portraying the magnitude of the situation.

wjAs mentioned previously, the effects of climate change include but are not limited to rising sea levels, increased precipitation, drought, ocean acidification, desertification and so many other phenomena that were previously limited to nightmares.

Furthermore, “global warming” can be and has proven to be confusing to some concerning its existence when the temperature is colder. It is easy to deny warming trends when you can see your breath. President Trump is the most prominent of public figures to make this mistake when recently tweeting, “it could be the COLDEST New Year’s Eve on record […] we could use a little bit of that good old Global Warming.”

In order to approach this global scientific issue from the most informed way possible we must dub it “climate change,” and maybe even go even further and call it “human-precipitated climate change”—because that is truly what it is. Everybody, and most importantly people in highly influential positions, need to understand how dire the condition of our planet is in, in order to develop solutions. We can only begin to achieve this by recognizing the term we use to be “climate change” and not “global warming.”