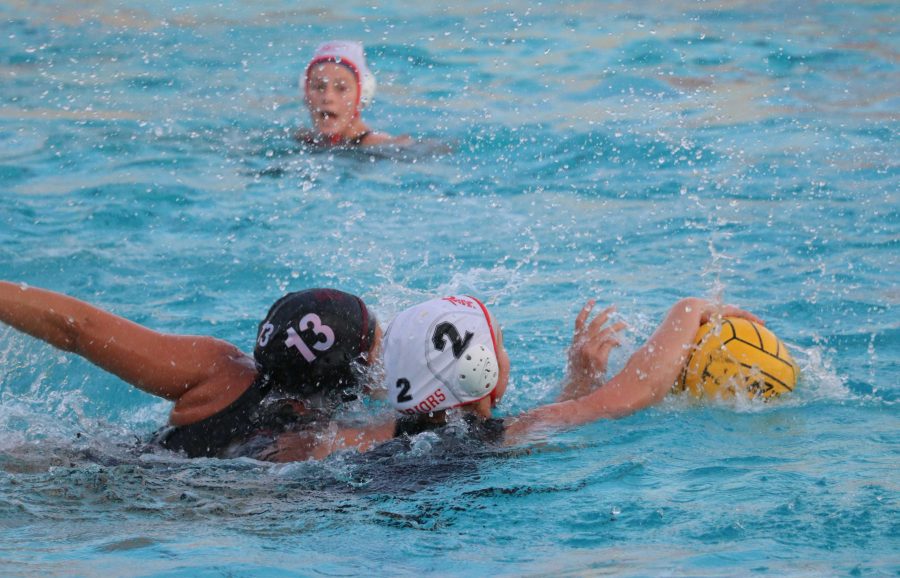 The girls’ varsity water polo season started on Nov. 29, 2017, with their first game being played at Camarillo High School. It would be a little under two months before the Dragons could play in front of their home crowd. On Wednesday, Jan. 24, the girls got the opportunity to do just that against the Warriors of Carpinteria High School. Due to renovations at their usual home venue, the Ventura Aquatic Center, the game was played at Buena High School. A strong defensive game plan combined with Foothill’s ability to change the pace of the match contributed to their 14-1 thrashing of the Warriors.

The Dragons put the game out of reach in the first quarter with an offensive barrage against Carpinteria. Back-to-back goals from Morgan McKillican ‘20 gave Foothill a two-goal lead in the early stages of the quarter. In hindsight, that was all that they would need. Yet the goals kept pouring in for the home team. The lead grew to 4-0 as Foothill tallied two more scores on two goals by Jaina Malach ‘18.

About halfway through the quarter, Carpinteria scored their first goal against goalkeeper Taylor Wreesman ‘18. It would also be their last, as Wreesman played stellar the rest of the way while recording multiple saves from the Warriors’ shots on goal. Jocelyn Thorp ‘18 and Sydney Kuchta ‘19 ended the quarter for the Dragons on a strong note with one goal apiece.

In the second quarter, Foothill played extremely conservative in order to protect their lead and play strong defense. They accomplished the latter, but also added two goals: both from Annika Arroyo ‘20 in the final stages of the first half. They would head into halftime with an 8-1 lead.

The third quarter was no different: the Dragons came out firing on all cylinders while attempting to maintain their conservative mindset. The Warriors were unable to get anything going, thanks to the presence of Wreesman at goalkeeper and the defensive unit in general. Goals by Thorp, Malach and Arroyo in the third quarter secured a comfortable 11-1 lead for Foothill.

With about six minutes left in the final quarter, Malach topped off her impressive performance with another score, giving her four goals in total against the Warriors. McKillican and Arroyo further sealed the inevitable with one goal apiece in the quarter, and Foothill came away with the home win while posting 14 goals overall, opposed to just one allowed by Wreesman.

The goals were distributed among many players. Additionally, ball movement and communication were factors in the Dragons’ victory against Carpinteria. Wreesman finds herself encouraged by her team’s play, emphasizing that “we’re working together as a team” rather than having a workhorse or a ball-dominant player who carries the team.

Head coach Ben Gossard stated that “it’s not too hard” to keep his team focused in a game that was essentially decided in the first quarter.

“These girls are pretty good at keeping on track,” he said. “They want to win.”

Pertaining to the remainder of the regular season, similar goals are shared among members of the team. For example, the desire to come away victorious over Malibu High School is a popular objective, according to Gossard.

“A good goal for us would be to compete with Malibu,” he said. “What it comes down to is confidence in our shots [and] if we’re mentally prepped and ready […] then it will be hard to stop us.”

Malach also expressed sentiments shared by Gossard: the team “definitely need[s] to improve on our offense.” According to the head coach, the defense has been “solid,” but Malach notes that “we just need to put away our goals and get open” on the offensive front.

Next up on the docket for Foothill is a road game on Friday, Jan. 26. The Dragons will travel to Ojai, California, to face the Nordhoff High School Rangers.