Wayne Powers: Man of many professions 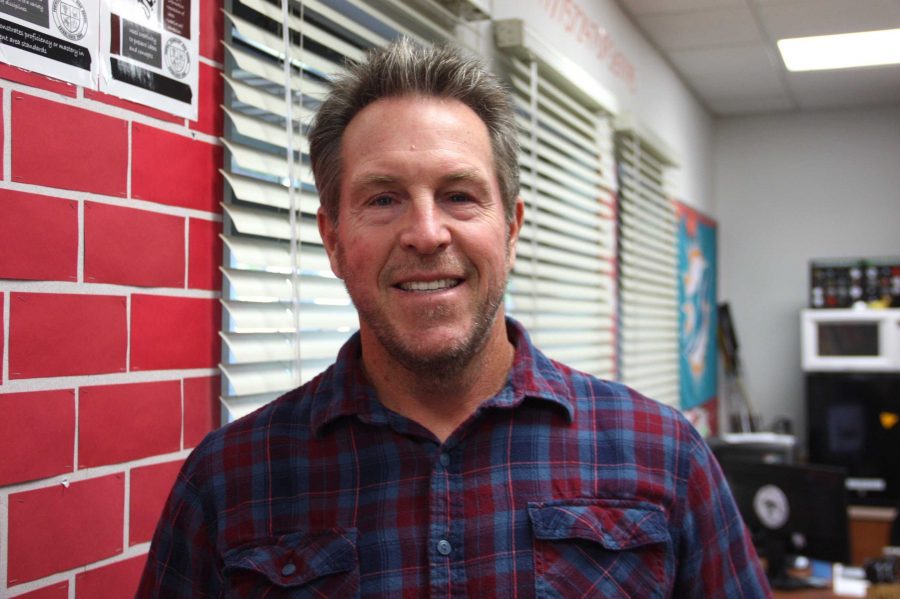 Wayne Powers, a seasoned professional in the math industry, has taught for 19 years and still can’t get enough of it. Long nights of anticipation and early mornings of teaching calculus is not enough for Powers. He still plays the role of teacher and student saying that “students can teach you a lot, you just have to listen.”

As a kid, Powers and his family were not in the same place for very long. Growing up, he attended nine different schools. He took this opportunity to reinvent himself, but he states that it only worked once because “I love to talk.”

Throughout his life, Powers has worked many different types of jobs. In high school, he worked at a bakery, ski resort, golf course, casino and he packed boxes in a warehouse. “It was the 70s so people got jobs pretty early on,” Powers said.

For years, golf has been one of Powers’s favorite hobbies saying, “I was a golf junkie all the way until about my son was about a year old.”

Golf faded from his life until he realized a year ago how much he loved the sport. Now he is the varsity boys’ golf coach at Foothill.

When you peek inside Powers’ room, you can see that the walls are lined with hundreds of paper bricks. It may not be an ideal scenery for a classroom, but there is a history behind it.

Before becoming a teacher, Powers worked as a bricklayer. It may have been a job at the time, but the physical toll was too much. Wanting another job, he went back to college and said to his counselor, “I don’t even care at this point, give me something.” That decision to leave construction gave him a newfound niche in education.

Powers was worried in the beginning that he wasn’t going to like being a teacher. In grade school, Powers only had one teacher that he liked and evidently, that teacher taught math. “But [teaching] was something to do and turns out that I really like it a lot, way more than my other jobs.”

The pleasure of teaching has not always been crystal clear for Powers. When he took the job as a math teacher at Foothill, it was a big change compared to his previous job at Balboa Middle School. “All of a sudden I have these big guys in my class with beards and these full-grown women in my class when I was used to thirteen-year-olds.”

Powers was not only intimidated by the students but the staff as well. “I felt like a substitute teacher for the first months. I felt like I didn’t belong. These other teachers are so dedicated and they aren’t any mediocrities,” he said.

Some teachers would much prefer another job as a professional sports player, or at least Powers did. But when he realized that teaching at Foothill would be his niche, he didn’t mind. He credits his merriment at Foothill to his educated colleagues, devoted students and pristine campus.