Gallop into a majestic world with “Odysseo” 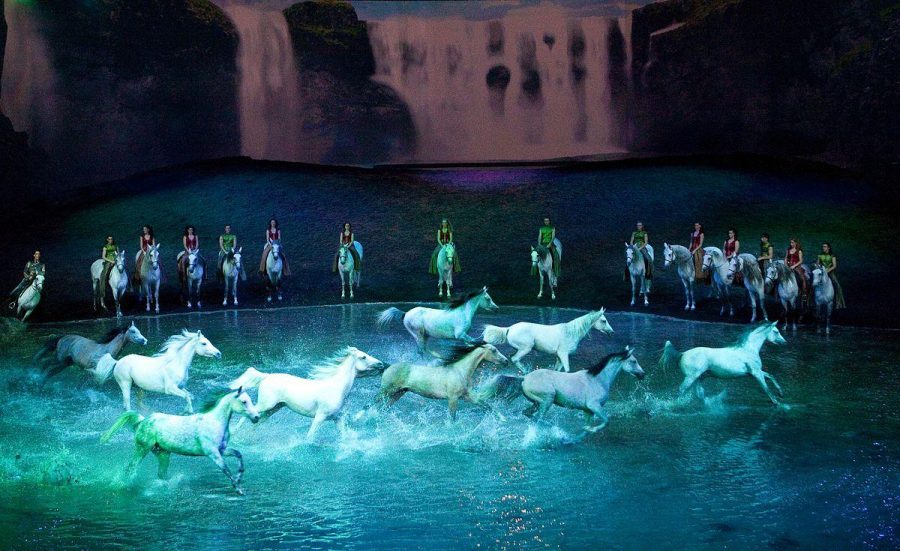 Welcome to Cavalia’s production of “Odysseo.” Warning: you may hear the noises of laughter, awe, amazement and shock.

“Odysseo” is a show that defies all expectations. Everyone who attends will be shown a new world that teaches you about the beauty of animals and nature. In the length of the two hour show, the audience is given a showcasing of horses performing tricks. There are also stunts performed with the horses by humans. Everyone will witness amazing acrobatics that are performed on hoops, aerial silks, poles and on the floor.

Throughout the production, audience members will be amazed at the magnificent talent of both creatures and humans. The skill of the performers is amalgamated with special effects such as lighting and a screen–much like those within a movie–that depicts new settings and locations. With all these techniques, Cavalia succeeds in immersing all their audience into the wonders of Odysseo and exposing them to majestic bliss.

Another amazing aspect of it is that through the two hours the audience is given live music that compliments every stunt done in the show. The audience is able to see the musicians which gives them another amazing experience. With the songs being in a different language, many aren’t able to understand, but it still creates a beautiful addition to the performance.

While the prices are expensive, it is definitely well spent money even if you aren’t the biggest fan of horses. Come all and experience the amazing show that so many have called beautiful and memorable. Catch it while it is still under the large white tent in Camarillo. It will stay there until Jan. 28, 2018.