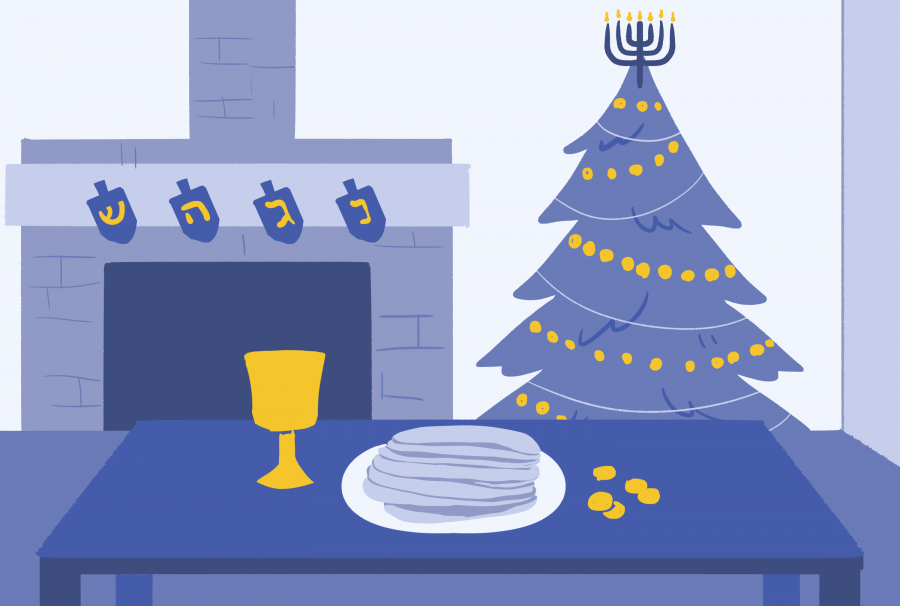 Amidst the holiday tumult of December, Chanukah is often lost in the mix or paired off with Christmas to be one of the hallmarks of the season. Currently, more than ever, Chanukah is fused and even somewhat mistaken as Christmas, regardless of the fact that Chanukah is utterly different than Christmas.

Simply being aware of the existence of Chanukah is the pride and the extent of most people’s consciousness of the Jewish people. Its unintentional proximity to Christmas has granted it a special status similar to that of the god of holidays, Christmas itself, a status bestowed upon Chanukah by non-Jews.

To set the record straight, Chanukah is not the “Jewish Christmas” in any way, shape or form. Its importance to practicing Jews is similar to that of Veteran’s Day: an important military-centric holiday that you observe but is easily forgotten.

Judaism being foremost a religion means that holidays alluded to in the Torah involving religious events are held to the highest degree of significance in Judaism, and that’s just not Chanukah. Chanukah is a story of underdogs, military victories, hammers, uncircumcision and oil, a gospel that cannot compare to that of the Jewish “big three”: Passover, Sukkot and Shavuot.

Jewish holidays are by no means in short supply, given that there is one every week, but it would appear so by the collective knowledge of average Americans.

The fault partially belongs to Jews. Amidst social pressures to assimilate into the “melting pot” of America, many Jews have strayed from tradition and settle for the lite version of Judaism, which entails a Christmas scale blowout for Chanukah, the most American-like of Jewish holidays, and then disregarding anything else of Jewish significance until their Bat/Bar Mitzvah.

Chanukah needs to be viewed by everybody with its genuine significance in mind, a minor holiday. That battle starts within the Jewish community where the “Mensch on the Bench” and the “Chanukah Bush” are becoming increasingly more popular.

Creating a Chanukah-Christmas super holiday by shoving Christmas traditions into Chanukah and giving them a somewhat Jewish-sounding name that is still recognizable as a quintessential Christmas tradition only contributes to the issue at hand.

On the other hand, Chanukah is still a holiday that merits some importance. It tells a story of resilience, self-determination and a fight against oppression that still resonates today. The new holiday hybrid that has arisen is diluted by popular culture; Chanukah needs to be preserved as an independent holiday.

Christmas is the monster of all holidays, absorbing cultural traditions from around the world. Norse, German and other people groups have all fallen victim to the mighty Christmas and its assimilating forces and Chanukah is next.

The traditions of Chanukah have to remain independent of any Christmasization in order to reduce the confusion that it generates among non-Jews and also to resist against the holiday dissipating into the commotion of Christmas, just as the Maccabees resisted hellenization in the story of Chanukah.