The “War on Christmas” is bunk 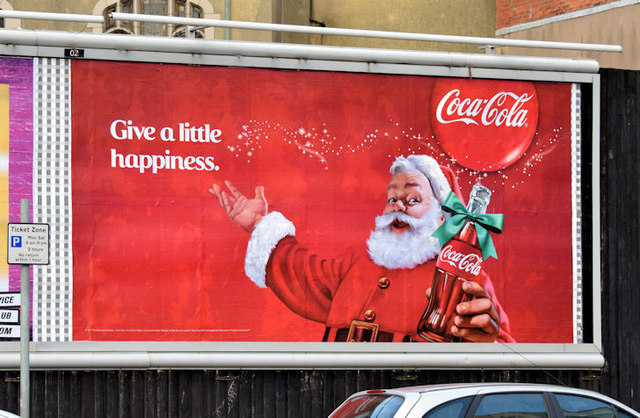 Alarm over the supposed “war on Christmas” harmonizes with the holiday season in the same way that empty resolutions to “exercise more and eat less” do the new year. Never before in America have members of such a dominant religious majority (Christianity) exhibited this level of outrage and undeserved indignance.

We have freedom of worship, the ability for Christian store owners to fire employees for being gay and the assurance of walking into a business knowing that you’ll hear some type of Christmas music, yet I’m supposed to believe that not only is there a war, but that Christmas is somehow losing?

The case of a Washington court preventing the Catholic archdiocese from advertising its “Find the Perfect Gift” campaign on city buses is this year’s attack on Christmas—because there’s obviously no other way for a religious organization exempt from income and property taxes to promote a campaign. I guess the internet and social media don’t exist. No means of advertising is as indispensable as the backside of a bus, right?

Let’s assume that people screaming “war on Christmas” aren’t religious Fundamentalists looking to play the victims. Say they’re simply concerned that materialism is too embellished in the holiday while the religious aspect is ignored. Millennials would at least appear to be the culprits of the abandonment of God.

According to Pew Research Center, Millennials see Christmas as “more cultural than religious,” contrasting with more religiously-inclined older generations. However, there the gap closes. Compared with figures of other age groups, the same percentage of Millennials report celebrating Christmas, getting a tree, gathering with family, buying gifts and caroling. When people say there’s a “war on Christmas”, they likely mean a “war on faith” if the culture, practices and every non-religious aspect of the holiday remain uneroded.

If the problem is purely commercialism, then the aggrieved hosts on Fox News should be shedding tears of joy. Reaping profit from the holidays is a pastime of the free market that grows more obvious each year due to the new ways that companies can overwhelm consumers with advertisements. The day of consumer indulgence—Black Friday—marks the beginning of the season.

In fact, the most godless crime in the war on Christmas is committed on the capitalist forefront: store owners choosing to say “happy holidays” over “merry Christmas” as to not assume the religion of their patrons. What business does any theocrat have in how a private enterprise conducts itself? Should the government mandate that Walmart and Dollar Tree say “merry Christmas?” Such a measure would contradict the conservative mantra of “don’t tread on me” and the secularism America was founded on.

There shouldn’t be a popularity quota for Christmas or the Christian faith. Religion is slowly declining in America; freedom of worship also entails freedom not to worship. An actual “war” brings to mind malicious intent—a grandiose plan to wipe out the opposition. As a Christian, no underground network of non-Christians are persecuting, silencing, burning, or beheading you for practicing your religion (leave that to Saudi Arabia). With 81% of non-Christians celebrating Christmas, it’s more like Christmas is waging a war against everything else (minus the beheadings).

In his speech at the Values Voters Summit, President Donald Trump once again tried pandering to the religious right. “We’re getting towards that beautiful Christmas season that people don’t talk about anymore,”he claimed shortly after calling to end the “attacks on Judeo-Christian values.” Odd that a country with a 92 percent rate of Christmas celebration would be so averse to talking about it. This is because it isn’t—which is why Trump’s narrative didn’t convince anyone. If this imaginary “war on Christmas” concept squeaks its way into another mainstream news segment in Christmas of 2018, we may have a serious contender on our hands for the oppression Olympics.