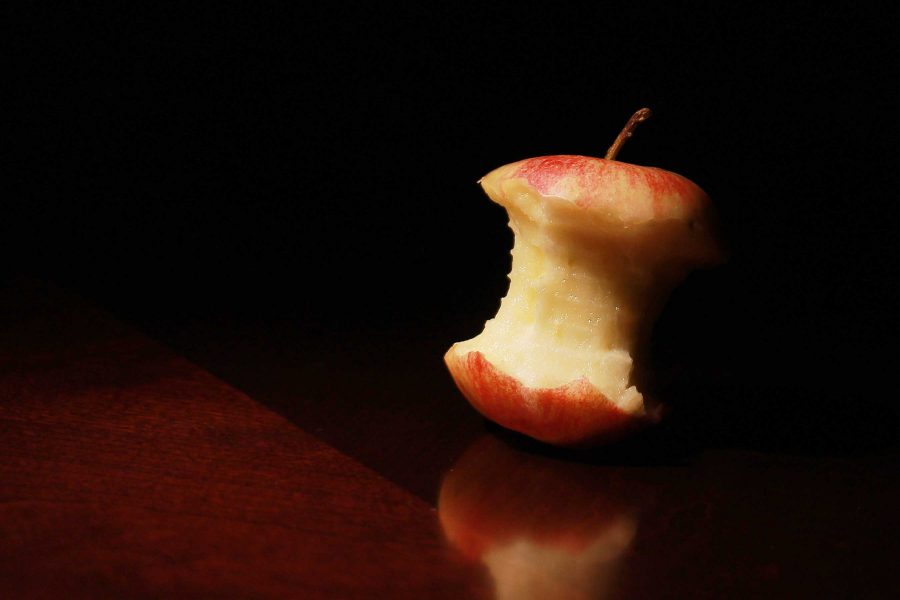 A series of meetings was held in Buena High School’s Dr. A.W. McConnell Auditorium on Saturday, Dec. 9 to inform the community about changes that will take place in light of Thomas Fire.

At 9 a.m., Superintendent David Creswell led a meeting for Ventura Unified School District staff. The meeting was followed by a closed-door Ventura City staff member meeting at 10 a.m., and an open-to-all community meeting at noon, hosted by the Ventura Police Department.

He followed with a moment of silence for all who had lost lives and property, then delved into the question on everyone’s minds: what will Ventura do to restore the community?

The first issue tackled was the situation of the district. No Ventura Unified sites have been lost, meaning that they can all be reopened as usual on Wednesday, Dec. 13 if they pass what Creswell called the “no factor list.”

If any one of the list’s components prove poor, schools will not be in session on Dec. 13.

Although Creswell’s current prediction of the status of the reopening is “favorable and moving in a good direction,” he assured that the members of the district “reserve the right to pull that back or modify that.”

Creswell reminded the staff that “if everything goes right and we start school on Wednesday, we have to get through eight school days” before the scheduled winter break. In those eight days, he recommends that schools should tailor to student needs as personally as possible.

He noted that schools will not become major sites for donations, and advised staff members to turn those who wish to donate to existing organizations who are better equipped to manage them—for monetary donations, United Way, and for tangibles, the Red Cross. He also mentioned that a number of organizations have reached out to him in the hopes of providing aids to Ventura Unified specifically.

The Ventura Unified School Board has a team working to assemble a fluid and comprehensive checklist of resources that the school can offer, and “putting a copy in every kid’s hand.”

A third grade teacher at the Academy of Technology and Arts at Saticoy (ATLAS) felt comforted knowing that the school sites were being monitored for safety, and wanted students to know that “all we’re doing is thinking about them.”

Ally Rodriguez, fifth grade teacher at Blanche Reynolds Elementary noted that “all I want to do is give [the students] a hug.” Coming out of the meeting, she feels that the experience will “make people more unified” and that they can approach the eight days with a “team mentality.”

At the closure of the first meeting, Creswell urged all to stay calm in this time of chaos, and that the district is “doing everything we can to get our schools ready for students.”

At the community meeting, a packed auditorium listened intently to a panel of experts ranging from police and fire chiefs to an established meteorologist on topics relevant to Ventura’s recovery.

Approximately 1,000 attendees gathered in order to be informed on what steps are being taken to begin the recovery process. Following the info session in the auditorium, attendees had the option of venturing to the cafeteria to ask personalized questions to individual experts.

Mediator and opener for the meeting, Deputy Mayor Matt LaVere, expressed his pride for his hometown in its “darkest hour.” He noted that the town is overflowing with donations, and that there are 4,000 first responders answering the great call that Thomas Fire has required.

He then introduced Steve Bennett, the supervisor for Ventura, who shared his main goal: “to coordinate the recovery response.”

City Manager Mark Watkins gave a recap of his experience with the fire, explaining how quickly things changed from his usual Monday night city council meeting at 6 p.m. on Dec. 4 to the state of emergency they issued at 10 p.m. that same night. His goal is to “get the community back to where it was at 6 p.m. on Monday.”

To do this, there will be “local assistance centers” available throughout the city which will be open five days per week. The assistance centers will be similar to this community meeting, but on a smaller scale; a place where citizens can go to get more information on resources to help with issues they may face with things like housing, damage or debris.

David Endaya, the fire chief at the Ventura Fire Department (VFD), explained that he knew upon first glance that the fire in Santa Paula “had the potential to be the cancer fire—the fire that you didn’t ever want to see.”

He expressed his thanks for the community’s cooperation in evacuating and following instructions—he noted that with this cooperation they were able to evacuate 27,000 people in an hour—as well his thanks to Cal Fire, who has been working alongside VFD. The Cal Fire resources have been invaluable, seeing as VFD has only six fire stations and a total of 22 firefighters available.

Steven Beech, an incident commander with the California Department of Forestry and Fire Protection, followed with some statistics about the fire: there are currently five teams in California acting on various fires as well as two type one incident management teams acting on the Thomas Fire incident—which Beech called “a rare honor.”

The Thomas Fire is currently 15 precent contained at 140,000 acres and has consumed 537 structures while damaging another 118, numbers he said are subject to change at any time.

There are fire crews from throughout California, as well as from Oregon, Arizona and Nevada contributing. In total, the fire has cost $17.4 million and a total of 88,000 resident have been asked to evacuate at some point.

Chad Cook, the chief of Ventura County Fire Department (VCFD) for section one, came on to explain the fire geographically, splitting it into three zones: the Ventura zone, the Santa Barbara zone and the national forests zone. He described Thomas as a “massive fire,” and explained its progression in all four directions, from Highway 33 to the north, Fillmore to the east, Santa Paula to the south, and Ventura to the west.

Meteorologist Rich Thompson continued by explaining that the Santa Ana winds—which blew at 60 to 80 miles per hour—caused ash and embers to blow quickly and also helped to create dry fuel to burn. This weather created ideal conditions for Thomas Fire to spread quickly and in a fairly unpredictable way, seeing as the wind could shift in a matter of moments.

He predicts that Ventura will continue to have dry weather with five to ten percent humidity, but that the Santa Ana winds will die down in the week to come. However, his calculations show that the Santa Anas are likely to increase again next weekend.

Tim Chavez from the California Department of Forestry and Fire Protection (Cal Fire) explained how weather impacts fires in California from a firefighter’s perspective, recalling that when he was younger he and his fire crew would joke that “California had a 13-month fire season.” This year, the weather acted a bit unusually, bringing this old joke to fruition. In Thomas Fire’s first night, it burned over 14 square miles, a number that reflects this year’s abnormalities.

California as a whole experienced an incredibly low year for rain in 2017 following a relatively high year prior. The 2016 rain helped to grow vegetation and the 2017 lack of rain dried it all out, which is part of the reason there were close to 9,000 fires in 2017, according to Cal Fire.

This weather is “unusual, but not unprecedented,” as there have been similar instances in 2003 and 2006.

Chief Ken Corney of Ventura Police Department (VPD) explained that even in wake of natural disasters, everyday crimes are still committed. So, VPD has a team patrolling Ventura as they normally would, as well as a team patrolling for looters. With help from the California National Guard, VPD has handled the dozen or so lootings that have been reported in Ventura. The number of reports is expected to grow as more and more people return to their homes.

He reminded attendees that the curfew for the entire city has been lifted, and now a 24-hour curfew applies only to those in evacuation areas.

To those returning to their homes, he offered police escorts, who will be available on Dec. 10 from 9 a.m. to 4 p.m. To receive an escort, the check-in booth located in the parking lot of the Temple Beth Torah will provide assistance.

Kevin Brown, the general manager of Ventura Water, explained the reasoning behind the boil notice that was issued on Ventura. It has since been lifted in many areas. Prior to the incident, everything was in normal, working order at Ventura Water. Then, there was a steep draining of water tanks due to the increasingly high demand required for attacking the fire. This caused the water pressure to drop in some areas, which led to impromptu attempts to apply generators to water lines and restore the pressure. Eventually, they were forced to take in new water that was “filtered, yet not disinfected,” which meant that the water flowing to homes across Ventura needed to be purified, the most efficient means of which is boiling.

As of now, Ventura Water is “fully operational and responsive.”

Dr. Robert Levin, a Ventura Public Health Officer, then came on to address the dangers to citizens’ health that have been presented, the most prominent being the smoke and ash in the air.

He advised those who find themselves in an area with poor air quality—identifiable by the smell of smoke and visible ash falling like snow—to seek shelter in buildings with filtered air or move to a safer area.

Inside the home and car, it is important to run air conditioning on “recirculate” mode and keep windows and doors closed.

If you must go outside, be sure to wear a respirator, not just a surgical mask, to ensure clean air. He recommends the P-100 or N-95 masks from 3M.

It is just as important to make sure your respirator fits snugly on your face, so as not to allow entry of harsh chemicals like lead, nickel, asbestos, arsenic and cadmium which are more prominent in ash from structural burns than in ash from forests.

It is “always best to be cautious and avoid unnecessary exposure,” Levin said.

Chris Young offered resources for debris removal, noting that household items such as paint and batteries become hazardous debris when burned. Young is currently working on coordinating a program that offers hazardous debris removal by professionals at no cost. Information can be found at venturacountyrecovers.org.

Terri Yanez of Ventura County Behavioral Health advised that it is normal to feel stress, grief or anger in wake of a tragedy like Thomas Fire, and recommended a website for suggested ways to cope. There are Behavioral Health teams at every evacuation center in Ventura.

Bennett then shared his plans to meet with the Board of Supervisors on Dec. 12, and discuss a strategy for those in low-income housing, most likely including a rental assistance program through his offices—which are open for questions—and residents who are able and willing to provide shelter.

Congresswoman Julia Brownley expressed her sorrow for the hardship Ventura has faced, while also assuring that she is “on top of what the federal government needs to do.” She plans to work closely with the Federal Insurance and Mitigation Administration (FEMA) in the months to come and will be posting frequent updates on her Facebook page.

California State Senator Hannah-Beth Jackson shared that she is, “fortuitously,” also a member of a joint committee on emergency management, so she promises to “make sure you have a loud voice” in the policies to come.

Assembly member Monique Límon thanked attendees for being an “805 community that is sticking together” and shared that she had met with Gov. Jerry Brown to discuss rebuilding.

Upon exiting, attendees parted with free water bottles, debris-protection masks and feelings of renewed confidence in their town.