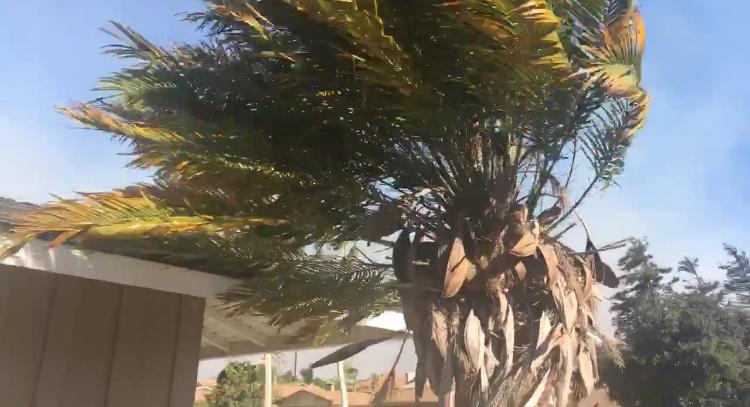 The 68,000-acre Thomas Fire has caused a considerable amount of devastation to Ventura County families, as tens of thousands have been evacuated and over 150 structures have been burnt down. The fire started on the night of Dec. 4 in Santa Paula and quickly moved towards Ventura and Ojai.

According to Ron Ramirez, a captain at the fire station on Telegraph and Victoria, winds are expected to pick up to 60-80 miles per hour (mph) on the night of Dec. 6, and “the fire spread will be dramatically increased.”

Depending on the topography, the fire could “spread at a rapid rate, which could be 15 to 20 mph,” but this does not include the speed that the embers travel. When embers fly through the air, “they are being pushed by the wind and could fly a half a mile in front and start other fires, and then those fires get bigger and they spread,” Ramirez explained.

The rapid spread of the fire will be increased due to the humidity in the air, or lack thereof.

“Fire has a greater chance at being able to burn, and burn faster and hotter,” he said. Additionally, when the humidity gets low, the winds will start to pick up faster.

While the wind starts to pick up over the night, here are some tips on how to stay safe.

The optimal way to stay safe during the chaotic winds is to close your windows, stay inside and charge all of your personal devices so that “if we were to call up people and warn them to evacuate,” they will be prepared, Ramirez said.

“I am really going to emphasize the fact that people should really stay indoors and stay out of the wind,” he said.

A vital component to keeping safe during the adverse conditions is to wear a mask, in order to filter out “the bigger particles that are bad.” If you do not have access to a mask, “use a cloth, use clothing, or a scarf to put over your nose.”

Inhaling the foreign matter without a mask can make some people “prone to get sick.”

Ramirez recommends putting “anything that is small or light in weight […] somewhere out of the wind, like in a shed or in an area where you can put other big objects around it.”

It is wise to close all patio umbrellas and put away “chairs, tables, anything with a big profile that would catch the wind to go in the direction of the wind,” into storage places like sheds or a garage.

Since the wind creates more chaos than anything else, follow these simple tasks in order to ensure your utmost safety.