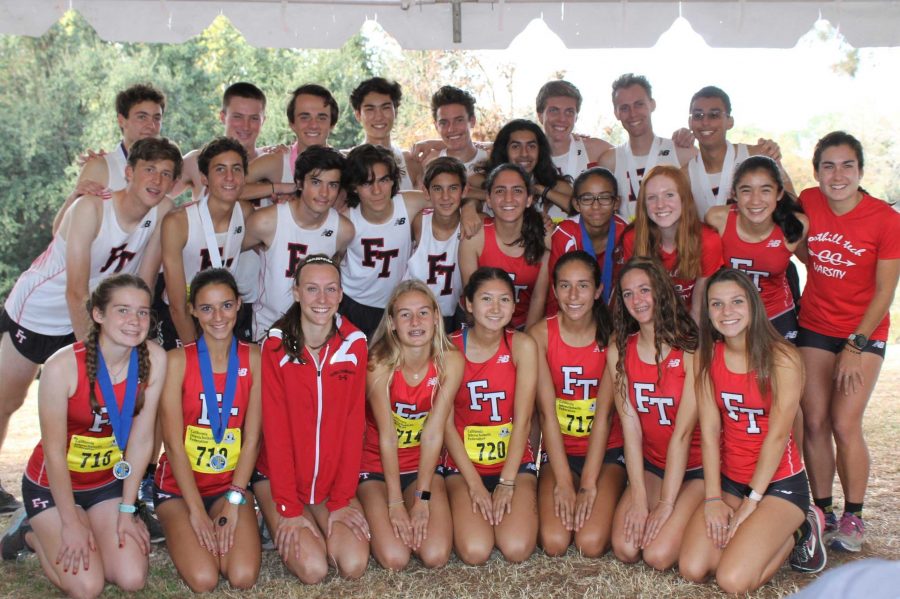 At the annual Cross Country State Meet held at Woodward Park in Fresno, Calif., the girls’ team won first place for the second year in a row and the boys’ took third place. Although the team has only existed for four years, both the girls’ and boys’ cross country teams have qualified to compete in the state meet each year.

In the 3.11-mile race, Blakeman finished in eighth place with a time of 18:36.6, earning herself recognition at the awards ceremony for being in the top ten runners.

“Everything we’ve been working towards has basically been gearing towards this moment,” Blakeman said. “Everything came to a close today, and it’s so hard to explain ‘cause honestly it doesn’t really sink in until ten or 15 minutes after and you see and you hear that you’ve won—it’s just incredible. It’s an incredible feeling.”

Blakeman and her teammate Vrablik explained that the team accredits a large portion of their inspiration to professional runner Alexi Pappas, which is why their legs were emblazoned with the word, “BRAVIES,” which is the name Pappas uses to refer to her fans.

Kuchta finished fifth place overall and was the first to finish from Foothill with a time of 15:56.0.

The previous weekend at CIF Finals, “we were kind of set back a little bit, because we didn’t place as well as we thought we were going to,” Kuchta said. “We were kinda down low, but this week we came back and we popped out some really good races and we got higher than we were expected to.

Kuchta said he and Henry Pick worked together for a good portion of the race.

“The one-mile to the two-mile—I knew we had to make a lot of moves ‘cause that’s where the race is kind of decided, so we […] worked together, slingshotting each other back and forth upwards and definitely passed a lot of people in there,” he said.

Coach Jason Dinkler said, “it’s hard to say anything at all other than that [the girls] just completely dominated in their race. […] I think [the boys] ran fantastically today as a team.”

“To be back-to-back state champs is phenomenal, so I’m very proud of the girls today,” Dinkler said.

Click here to see official placements and times from the meet.