Opinion: GMOs are beneficial to society beyond reasonable doubt 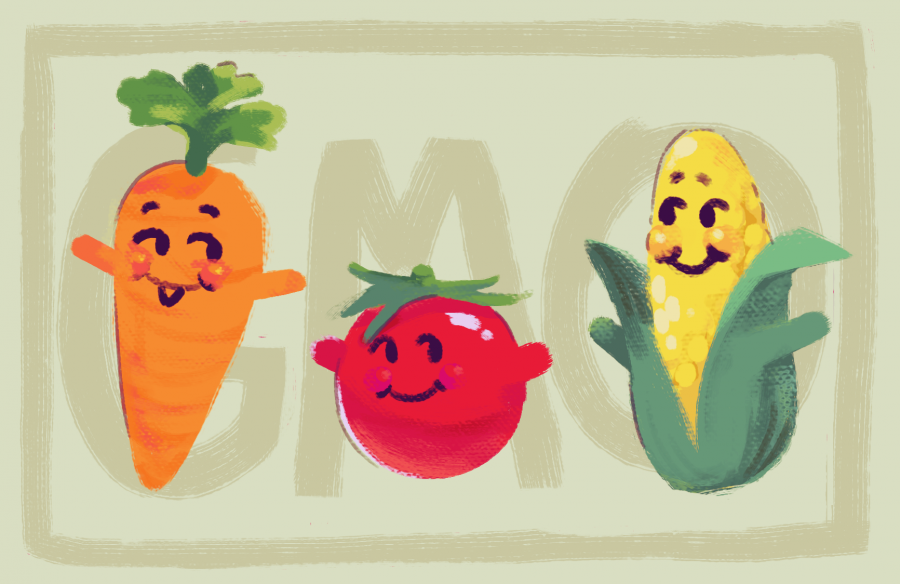 Genetically modified organisms (GMOs) are arguably the single most contested scientific discovery since Nicolaus Copernicus stated that the Earth was round. There exists two opposing sides on the issue, those who are against and those who support it. Both stances have been considered viable for decades, but scientific proof has made it absolutely indisputable that opposing genetic engineering completely is factually unreasonable.

For years we have been consuming genetically modified organisms. In 1994 the Flavr Savr was sent to the mass market, making it the first GMO crop sold and consumed by the public. But humans have unknowingly and knowingly altered plants and animals’ genetic information for the benefit of themselves for tens of thousands of years. Corn, for example, was first bred 9,000 years ago in Mexico from a species of meager grass to a staple of the American diet.

The first nine words of the previous paragraph tell it all. For years we have been consuming genetically modified organisms, and the magazine Scientific American states that “[n]ot a single verified case of illness has ever been attributed to […] genetic alterations” in all these years.

Still, there are claims that the unpredictability of genetics makes it so that repercussions seen with humans are still decades away. But the precision involved with modern genetic engineering should eliminate any doubt in its predictability. Especially when even the most unpredictable practice of gene altering, selective breeding, has not caused any health issues in its thousands of years of existence.

In the entirety of this debate, the potential of the overwhelmingly positive effects GMOs can engender should never be overlooked. For instance, scientists have developed a variety of rice called Golden Rice which is genetically modified to produce beta-carotene, a substance that contains high amounts of the vital micronutrient Vitamin A.

Vitamin A deficiencies (VAD) affect 40 percent of all children in the developing world, which hinders the development of the immune system and results in rampant infections that can lead to permanent health issues, such as blindness.

Although there exists backlash among citizens, America’s Food and Drug Administration (FDA) has persistently reviewed large amounts of research done on GMOs and “concluded that GM crops pose no unique health threats.”

Although the United States and the FDA are very influential players on the world stage, there are other countries that are being looked towards to create GMO policy across the globe.

Although some countries are wrongfully banning genetically modified organisms, there are legitimate concerns.

Genetic engineering opens all sorts of doors for the production of harmful plants, animals, and bacteria. Along with that, a few companies could possibly corner the seed market by genetically modifying plants to become infertile. This would force farmers to be completely dependent on them for seeds every growing year, which could lead to the manipulation of prices due to the outright demand.

These possibilities are scary, but you have to keep in mind that there are harmful utilizations of all types of technologies. Nuclear energy, for instance, has the ability to destroy whole cities but it also has the potential to provide the same city with electricity. It all depends on the intentions of the user and fortunately governmental agencies like the FDA ensure that all user’s intentions are not detrimental to the public.

In a time when the world needs 70 percent more food production by 2050, we shouldn’t write off a viable solution to the world’s hunger crisis. Of course, there are some drawbacks to it—which is true for all technologies—they are not reasons to disregard GMOs completely due to endless possible benefits they offer to the world.