Is turkey to thank for your post-Thanksgiving sleepiness? 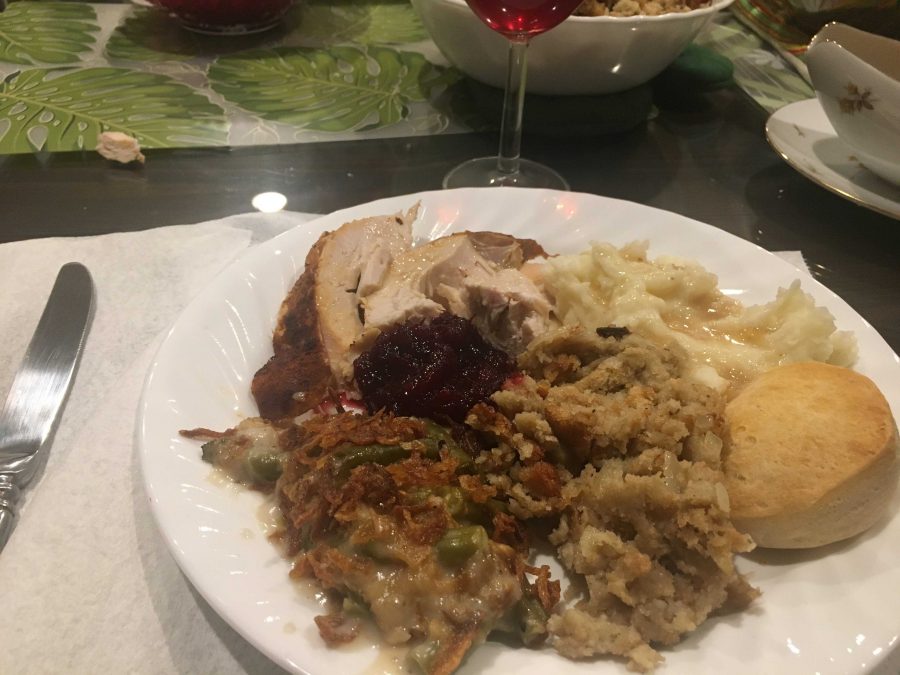 Perhaps you have just indulged in a delectable Thanksgiving meal: a delicious roasted turkey, creamy mashed potatoes, sweet cranberry sauce and fragrant pumpkin pie. You feel like you have eaten more than you could ever eat in a lifetime, and with each irresistible bite the thought of curling into bed and dozing off sounds more and more pleasing.

Despite common belief, turkey is not the primary benefactor to drowsiness after the staple holiday meal.

This myth is derived from the fact that turkey contains an amino acid called tryptophan, a component of the neurotransmitter serotonin. In the pineal gland of the brain, serotonin is acetylated and methylated to produce melatonin, a sleep-inducing hormone.

So, it is not really shocking that turkey, a food known to contain the materials necessary for the creation of serotonin, is believed to have sedative abilities.

However, eating turkey doesn’t correlate to increased serotonin production in the brain, as it does not contain much more tryptophan than other foods. In fact, mozzarella cheese has even more tryptophan than turkey, with a whopping 0.57 grams opposed to 0.25 grams of tryptophan per 100 grams, respectively.

Turkey contains a plethora of amino acids, and tryptophan is not exceptionally common. Upon consumption of turkey, a variety of amino acids begin circulating through the bloodstream, but in order to get into the brain they must be transported across the blood-brain barrier by transport proteins.

The tryptophan vies with other amino acids for the same transporter, similarly to how a crowd of passengers pushes to enter in a narrow subway door, giving it a very difficult time in getting into the brain, and thus a hard time producing serotonin.

Then what causes your feelings of sleepiness after a Thanksgiving feast, if not the turkey?

Turns out the consumption of large amounts of carbohydrates may be the true cause behind the drowsiness.

Scarfing down carbohydrate-rich pumpkin pie or mashed potatoes promotes pancreatic beta cells to secrete insulin, which removes most amino acids with the exception of tryptophan; now, tryptophan may freely travel through the bloodstream to the brain, and is able to pass through the blood-brain barrier without the competition with the other amino acids.

So, don’t praise the turkey for your good night’s rest—thank the carbohydrates instead.