The Foothill Dragon Press • May 13, 2018 • https://foothilldragonpress.org/261025/arts-and-entertainment/books/review-beauty-is-in-the-details-with-the-wrath-and-the-dawn/

Review: Beauty is in the Details with “The Wrath and the Dawn” 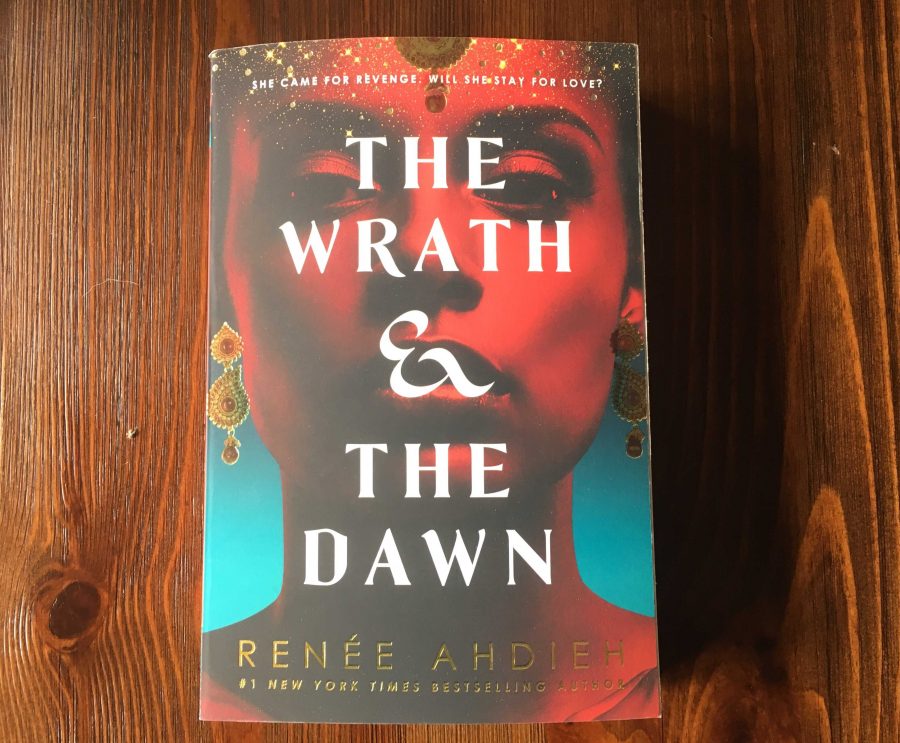 A monster and a woman that he forced to live with him. While it may sound a little like “Beauty and the Beast,” this is no princess story. “The Wrath and the Dawn” by Renée Ahdieh uses themes from “One Thousand and One Nights” and “Beauty and the Beast” in order to paint a beautiful journey of one young woman.

“The Wrath and the Dawn” is set in a country that is ruled by a murderous king with a dark reputation. The king, Khalid, is said to take a wife each day from a new town and kill her in the dawn of the next day. It’s unknown to most as to why he commits these murders. Shahrzad, however, does not want a reason explaining his deeds, but instead blood.

After Khalid claims Shahrzad’s cousin to be his wife and then murders her, Shahrzad vows to seek vengeance. She believes the only way to do this is to become Khalid’s wife and murder him in his own palace. One day she is chosen. Each night, in order to stay alive, Shahrzad weaves a story in order to enthrall Khalid. These stories are the only things that keep Shahrzad alive each dawn. However, Shahrzad, while telling her stories and surviving, sees the true man underneath Khalid’s ominous front and begins to love him.

The characters that Ahdieh creates, both supporting and main, are beautifully presented and developed throughout the story. Most start very close minded and set in their ways, but all play off each other and learn in order to grow and change for the better. Ahdieh shows what can happen once people look at each other and walk in each other’s shoes in order to see the true person underneath their facade.

She also creates an amazing main character with Shahrzad: an inspiring heroine. She does not battle enemies, but instead battles with many conflicting emotions, yet stays true to herself throughout the novel. While doing so, she demonstrastes that no woman deserves to be suppressed in any relationship but be empowered; if you aren’t, you must speak up.

This gorgeous pic of the German edition of #TheWrathAndTheDawn made my day ?? A huge thanks to… https://t.co/so0JKBQsQF

Since there is not much action due to the story being mostly character based, Ahdieh must write beautifully in order to keep readers interested. She manages to describe the setting and the feelings of the characters so well that readers can actually feel like they are in the novel. The way she uses her words while writing creates a phenomenal book that flows wonderfully. However, sometimes it can become boring and you may want to skip a few pages of details. But if you do, you may skip over beautiful text. This little problem with the novel should not deter you.

“The Wrath and the Dawn” is a must read for anyone who wants to devour a beautifully developed and written romance novel set in a gorgeously described setting. You will be inspired and awestruck after reading this novel and you will definitely be wishing you had more pages.