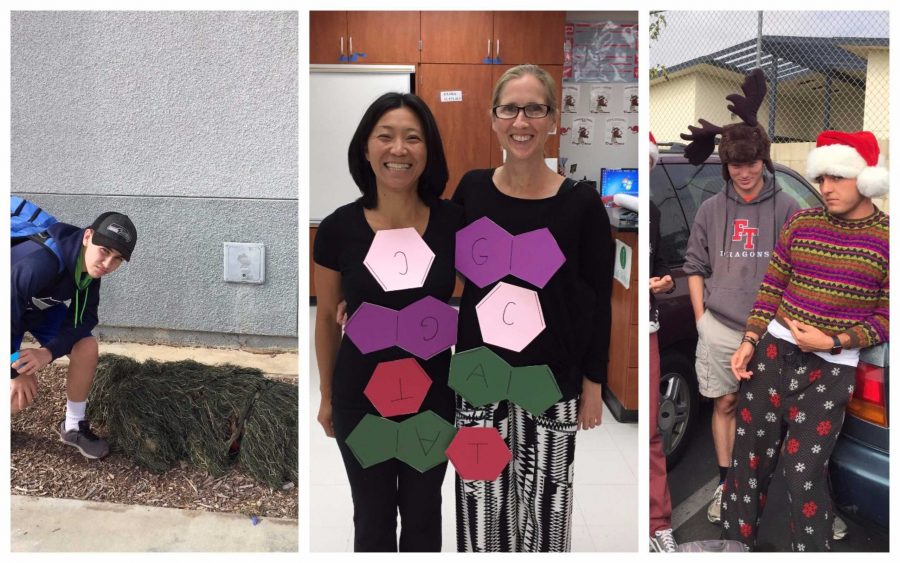 Incoming freshman were shocked to see that costumes were not just welcomed, but endorsed at Foothill’s annual “Trunk-or-Treat” Halloween event. Trunk-or-Treat, coordinated by Nicole Mercer ‘18, not only put a twist on the fundamental candy-giving and trick-or-treating of Halloween, but also built relationships between upper and lower classmen.

Many middle schools like Cabrillo Middle School, Balboa Middle School and DeAnza Academy of Technology and the Arts (DATA) do not permit students to dress up, so many freshmen were shocked that they had an opportunity to put on costumes in high school.

“I didn’t know high schoolers could trick or treat, [since at my middle school] they did not allow us to dress up or put on costumes,” Karen Julian ‘21 shared.

Every trunk had its own theme, ranging from Harry Potter to old grandmothers. One group, including Paul Marcoux ‘18 and his friends, deemed Christmas as the most appropriate theme for the occasion, as he believes it “is the superior holiday.” Blasting Christmas music, Marcoux and friends greeted costumed visitors and handed out mints, because “it’s not the season for candy canes.”

Riyanna De La Rosa ‘20 commented that the whole event was “really fun and gets people into the spirit.”

Foothill presented an opportunity for students to not only express themselves through costumes, such as bananas and television characters, but to bond the various grade levels together.

The lunch activity was put to an end when all the treats given out were gone. Heather Ellison ‘18 said that the event succeeded with having “everyone engage with the seniors, [it sets Foothill apart because] not every school participates the way [Foothill] does.”

Ellison was glad to “go out with a bang [for her] last Halloween of high school.”