Disruption can actually be healthy for democracy 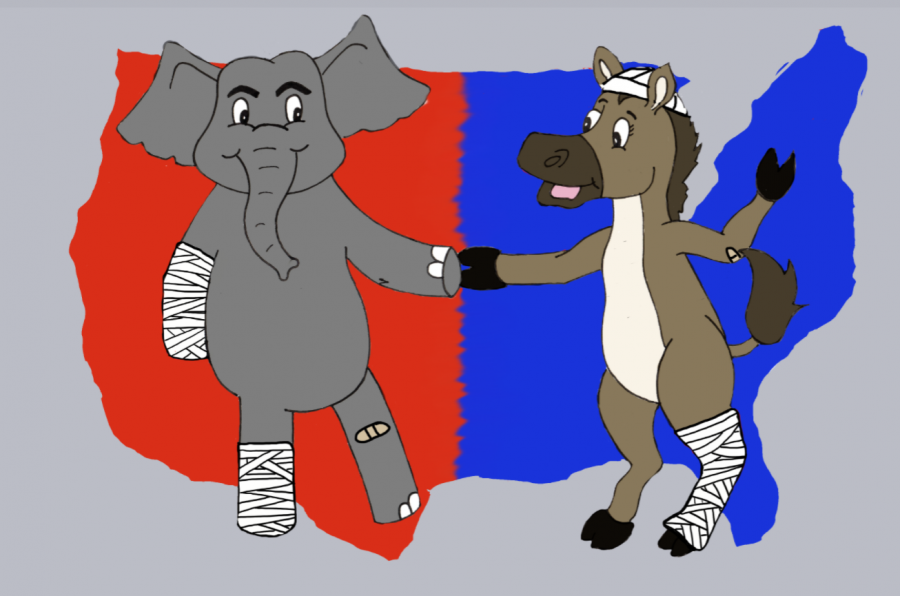 For all of the riot and ruckus our collective, national stamping has been kicking up, for all of the antipathy that’s wriggled its way into our values and beliefs and has hyper-polarized a constitution of brotherly states and of a common people, for all the calamity that rings throughout our civic chorus in messy pitches of haunting wails and rancor, you have to wonder if the recent political disruption may actually be the remedy for the United States.

I, and volumes of additional voices from across the country, have made it clear that our nation has been gradually tearing the bonds of our unity, splitting the sinew of peace and fragmenting the bone of red, white, and blue that bind us together under a shared American flag.

There’s no question that recent times have been met with somber explosions of violence and unrest, that our nation has caught winter fire and more than a year later, the inferno of discontent rages holes into our once solid national companionship. The cinders still wash away the gratification of being American, and it’s at this point we wonder if there’s anything to salvage from the ashes?

I believe that the disruption we’ve experienced is not completely detrimental, however, because this very challenge of our own self-identity marks a pivotal moment in our national growth. Conflicts that have laid suppressed in the unwanted depths to be forgotten like racism, identity politics, the political system and its parties, and most paramount, questioning what is our American identity, have been ushered to the surface.

The stale legacy of the grand old political system of strict Democrats and Republicans has chained American frustrations in a forced compliance with the status quo, but now wild forces have been tossed into our affluent political climate and have become the eye of an unleashed American storm. The increased investment in politics is clear, and though I don’t agree with all of the methods, the quantity of news broadcasts striking at both sides of the political spectrum, protests surrounding immigration, firearms, and gender-issues’ place in our society, riots that rain the voices of the seduced and neglected in harmful spectacles of violence, demonstrations that affect our own national pride in sports like Football, and journalistic excitement has fueled the drive of democracy.

The stale and erroneous representation of the bipartisan system to many is now experiencing a fracture on two fronts, with figures like Bernie Sanders and Donald Trump leading a quiet revolution against the Establishment families of the Clintons or Bushes. What appears to the outside world as chaos on the superficial level is actually an introspection within ourselves and we are in an epic struggle to rebirth our American agency. And oddly enough, the first product of our political cleansing is a shared concern from both former presidents Obama and Bush, weighing a common message despite their opposing partisan roots.

The fact is that the issue-oriented politics that have disturbed all members of the political spectrum has unwinded itself for us to tackle, and the key to it was the political disruption who entered the Oval Office. The breath of fresh air that has entered our climate has unlocked the opportunity for Americans to get politically involved in historic levels, and our attempts to rage inferno across the nation may be to peel away the crust and reveal a newborn American identity.