OAKES: I bless the rains down in Africa 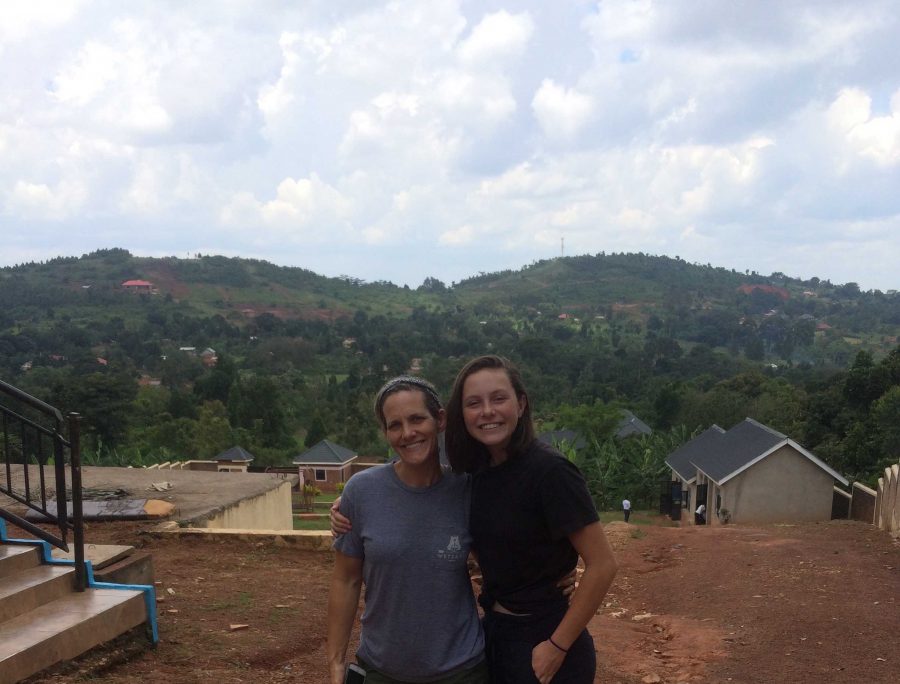 I got to experience this trip with my mom. Credit: Mayzee Oakes / The Foothill Dragon Press

I was actually going to Africa. It was so surreal. It never seemed to completely register in my mind―even now that I’m home―that I was going on this amazing adventure. Maybe it was too big for me to comprehend, or maybe I wasn’t living in the moment and being present. All I know is on Sep. 3, 2017, the day we left for Africa, I woke up feeling expectant. Not nervous. Not even excited. Just ready for whatever was ahead.

After desperately trying to print absent work and rapidly eating our lunch, my mom and I, along with Linda Eldridge, Lisa Erickson, Samantha Repult and Nancy Barna, embarked on the most enriching experience of my life.

We were headed to Uganda, the pearl of Africa, to work at Another Hope Children’s Ministry (AHCM) for two weeks, and specifically to create an environment where the orphans, staff and community felt they could belong.

Our group went to the Wakiso District in Kampala, Uganda. The culture there was magnificently beautiful. Every single person I met on my trip was stunning. Not to mention the cultural traditions themselves were so alluring!

Once we finally arrived at AHCM, and after a few long days of traveling, we were trampled by the hugs of young orphans coming to greet us. The next morning, we held a teaching for the girls of the community. I found this particularly difficult because we had a translator and, as a verbal processor, I could barely form a sentence that I thought made sense.

Nevertheless, their language is captivating. My some of favorite moments during the trip were when I sat with the teenagers in the orphanage and had them teach me a few of their Ugandan words. Not much time passed before we were gasping for air, laughing hysterically at how poor my dialect was, and how some English words strongly resembled Ugandan curse words.

That week we also played UNO with a few of the Ugandan staff members. The frenzy of dealing and playing cards, and the rhythm of blaming others so you could win kept us entertained through the night. They can party like no other, and, though I lost my voice from singing and dancing with them several times, every moment was worth it.

It was during this time, outstretched under a tree surrounded by Ugandan teenagers and dunking a basketball through a hole in the wall, that I began to make the friendships I hope I will continue to have for a long time. I am grateful to have met such spectacular people.

Many things in Uganda are dirty or falling apart, but this isn’t due to laziness or other negative character flaws; it’s because people don’t have the choice to always be optimistic or worry about cleanliness, or even their own children. Instead, they have to choose to survive. It’s hard for us to imagine the daily struggles that are their reality.

It is beyond heartbreaking to hear about parents taking food out of their child’s mouth so they can eat more. Since children’s physical needs are rarely provided for, their psychological development, critical thinking, self-motivation and even comprehending the difference between right and wrong are impacted.

The beautiful people I got to interact with are suffering, and I only hope I will be reunited with them to bring more sustainable hope into their lives at some point in the future. I tried to give a lot of myself away while I was there, but I could never give them as much as I received.

If this trip had gone anywhere close to how I envisioned it, I would have been denied the bubbling wonder that I found in the glittering African rain, the beaming smiles of orphans and the red dirt that supported every step I had the privilege to take. Anything I could have imagined would have fallen ridiculously short of the experience I got to have and the life I got to live while I was in Uganda, and now I can only hope that, if I dream big enough, I’ll get to live it again.