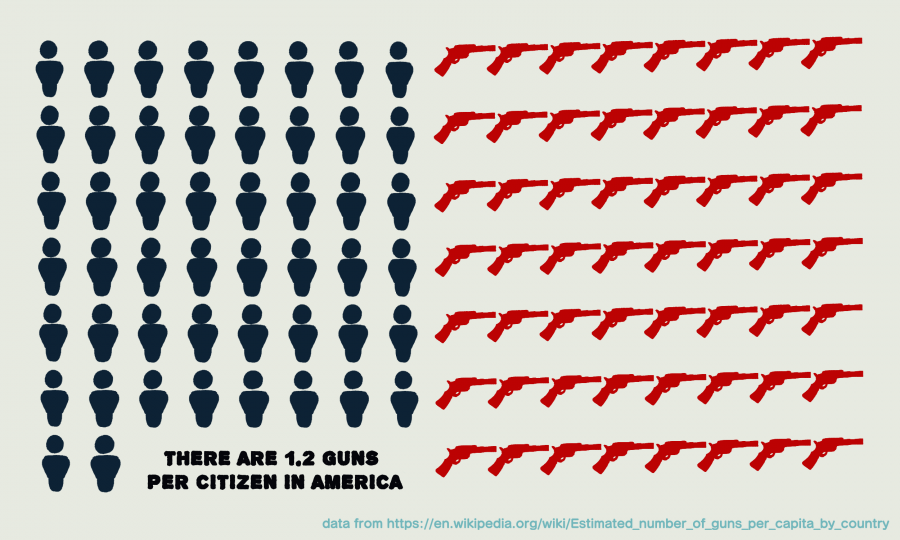 Tragedy shakes a nation, it brings us together in mourning, in moments of silence, in remembrance. Tragedy opens our eyes to dilemmas, but keeping silence for the losses is not enough. Change is the key to prevention of gun related catastrophes. Real legislative change is the way the United States needs to rebound from the deadliest mass shooting in American history.

Events like these leave Americans wondering: why do we have such calamitous acts unfold on our own soil? Why are innocent lives taken at the hands of a gun? Well, take a look at our gun laws and regulations—or lack thereof. It is in the Constitution that Americans have the right to bear arms, but how many arms? How much is too much? What types of firearms? There are copious unanswered questions left up for discussion and ultimately decision-making. However, there is a lack of “putting-my-foot-down” decisions being made in Congress that, in the end, have the unintended consequences of gun violence.

One hundred and twelve is the number of guns per one hundred people in the United States. For those that struggle with math, that means there are more guns than people in this country. Now, that doesn’t meant each person has 1.12 guns, but it means that some have four, five, or maybe even ten guns. Widening the scope a bit, the world average is 10.2 guns per 100 people and a number that seems more reasonable.

In 1996, Australia immediately responded to a mass shooting that left 35 casualties by instigating the National Firearms Agreement. In sharp contrast to the United States, this agreement focused on the restriction of firearms in wake of the tragedy. The legislation banned shotguns, semi-automatics and self-loading rifles, and placed tight parameters on  firearm purchase: a 28-day waiting period, rigorous background checks, safety course requirements and a justifiable reason for owning a gun other than for “personal protection.” Prior to the NFA’s creation, Australia saw 11 mass shootings in 1996. Since then, there have been a grand total of zero.

On average, the United States has 2.5 mass shootings per year, but there have been 341 gun related incidents in 2017 alone, astounding numbers that screams for action to be taken. The Las Vegas massacre was the deadliest shooting in recent American history, if that isn’t motivation to get legislation in the works then I don’t know what is.

Is it a coincidence that Australia hasn’t had a mass shooting since 1996, when they took legislative action by instituting the National Firearms Agreement? I think not. Former Australian Prime Minister John Howard said, “We have an opportunity in this country not to go down the American path.” We have the opportunity in this country to go down the Australian path. Their change is one that should be applauded and mimicked by other countries, especially the United States.

I cannot comprehend how anyone can fully support the Second Amendment after Monday’s disaster, it’s inconceivable. The Second Amendment was written in 1789, a time when men carried muskets and no one even dreamed of automatic rifles. The Constitution is a living document, the Framers created it to be changed. We are not textualists and we must interpret  the Constitution through the lens of 2017, not 1789.