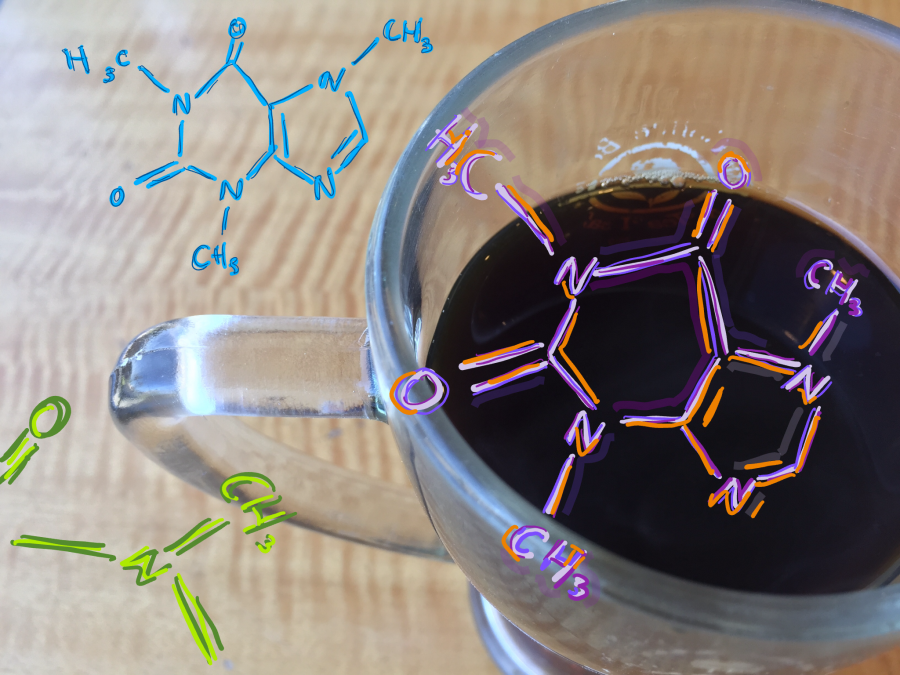 “Hi, so I’d like to order a Venti Americano with three extra shots of espresso.”

Eighty five percent of Americans consume some form of caffeine daily, a large portion of it coming from drinking coffee. With students balancing AP classes, sports and extracurriculars, this coffee-instead-of-sleep diet has become a ritual.

So how does this miracle liquid transform your groggy limbs and booming headaches into jittery euphoria?

If you were a slacker in freshman year biology and remember nothing but one thing, it’s most likely that the “Mitochondria is the powerhouse of the cell.” Am I wrong?

Well, now is the time to apply that. The powerhouse is indeed crucial to understanding more perplex chemical reactions occurring in everyday life. To summarize, the mitochondria is one of the locations of cellular respiration, a process that living organisms conduct in order to create energy in the form of adenosine triphosphate, or ATP.

The actual energy that your body uses is stored within the bonds of this molecule. Thus, when energy is released, the bonds between the phosphates of the ATP breaks, forming adenosine diphosphate, or ADP. This breaking of bonds continues to create adenosine monophosphate, and then ultimately, adenosine on its own.

What does this adenosine do?

Normally, the accumulation of free adenosine binds to its corresponding adenosine receptors in the brain. This binding slows down neural activity, making you feel fatigue, which is natural and calls for sleep.

But this is when caffeine performs its magic. Because caffeine has an eerily similar double-ring structure as adenosine has, it mimics the role of adenosine and successfully bind to the adenosine receptors. However, the caffeine does not activate the receptors into inducing the morning drowsiness, as its counterpart does.

No, don’t close this tab just yet! There is far more than just understanding how caffeine works.

Caffeine, which is often overlooked as a harmless, habitual drink, ultimately leads to dependence. To rephrase: you become addicted to caffeine.

Students abusing caffeine in the form of coffee is seen everywhere on campus. Of course, a cup could be beneficial on that one day when all your classes seem to be conspiring together. But perhaps a daily ritual of one cup, two cups or three cups every morning should be reconsidered.

Instead of asking for that Venti with extra espresso shots, have a glass of water and a full night of sleep. This time, real sleep.