Is album art a relic of the physical age? 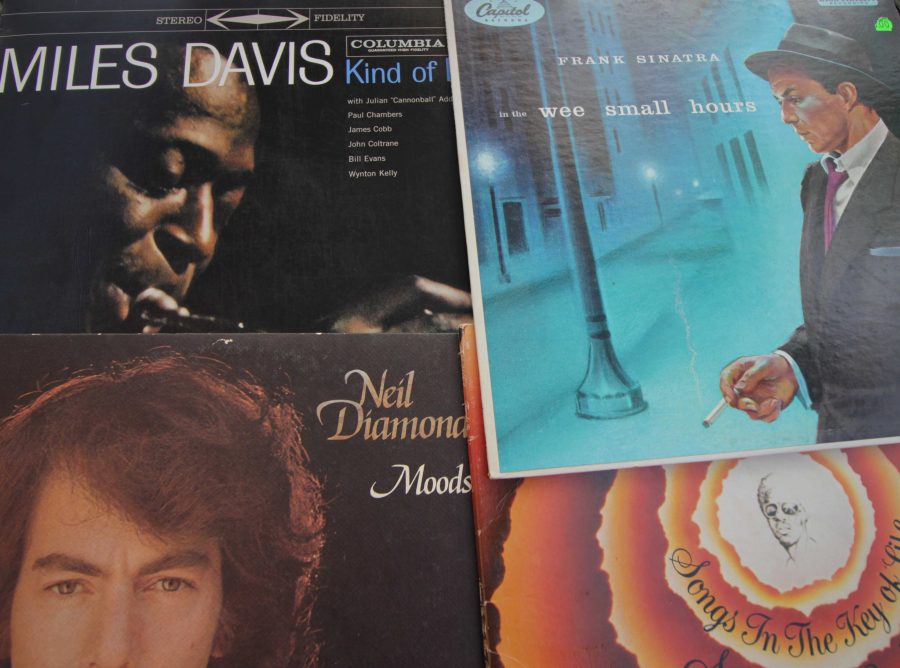 Since the early 1900s, the music industry has been attaching images to their albums as a part of marketing and, to an extent, artistic intent. Since the inception of gatefold covers, album covers themselves were desired for their unique visual format and collectable value. What still remains in question is how an album cover can affect the music, whether or not we listen to it and the emotions that it conveys.

From a marketing perspective, the relevance of an album cover has fallen significantly as streaming becomes more popular than buying CDs or other formats.

“You’re not getting a physical copy anymore,” says Tyler Castro, manager at Salzer’s, a long standing Ventura record store. “It’s just a picture you see and then you push play. It does nothing at all.”

Pop culture icons of the 1900s are so memorable because their faces and pictures would have to be enough to get you to listen. Putting that money down on something tangible probably made listening to it a more fulfilling experience as well.

Album covers that follow an artistic theme or even add to that motif can be hard to find in the modern era. Tame Impala’s “Lonerism” pictures the viewer as being fenced off from society, a visual scape that affixes to the distant, echo chamber synth rock of Impala very well. “Just for a Day’s” flowing dress of an unknown girl captures Slowdive’s shoegaze atmosphere, constantly in motion. These albums put good images to the music, but it’s hard to say whether they are part of the music; if the cover could possibly stand by itself, by its own merits.

Usually, a distinction like this can only be understood from a personal perspective. Swans’ “Various Failures” holds much artistic value for me; both the music and the cover. I believe that the art of an album cover can easily be art on its own, but those who aren’t avid in the subject may not even care about these superficialities.

“It all depends on the music you listen to,” Foothill’s art teacher Justin Frazier said. “Someone buying a Justin Timberlake album isn’t going to be as swayed by the album art.”

Some people don’t want to worry about “what it all means” and just make their ear-holes feel good. This can attribute to the popularity of streaming as well; it is instant music gratification.

In psychology, there is little to no research on the relationship between enjoying music and enjoying the visual art that accompanies it. What has been researched, however, is that visual thinking is the most common form of conception in 60 to 65 percent of the population. It can therefore be reasoned that if a familiar album is mentioned, most will think of the picture first and the music second. For example, when you hear someone talking about “The Dark Side of the Moon,” you think of the iconic light spectrum before anything else.

The problem with this association is that it is not absolute. When thinking of Cake, I couldn’t tell you what “Fashion Nugget” looks like, but instead I would think of songs that I’m most familiar with, like “Frank Sinatra” or “Perhaps, Perhaps, Perhaps.” This is because I like these songs above the album as a whole, and therefore I don’t think of the album as a whole. People nowadays could sing you “Bohemian Rhapsody” start to finish, but few could tell you what album the song originated from.

“In the world of having everything, sometimes ‘everything’ gets watered down,” Foothill’s digital photography teacher Cameron Crouch said.

Music and art only brandish as much meaning as we give them. Album covers can be art, but they are not always necessarily art. The clash between the individuality of art appreciation and the shift between streaming and physical copy has me worried for a future where artists don’t bother with the covers anymore. The topic of music to visual association is something that needs to be further researched to highlight its value. However, it can go beyond a push for the brand or a psychological synapse, an album cover can mean something to us.