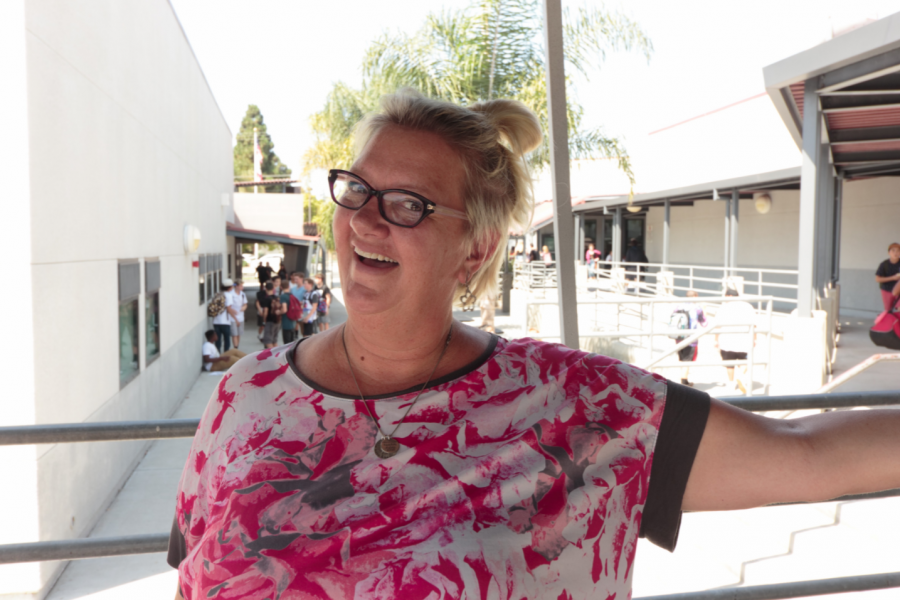 Eva “Tina” Perez comes to Foothill with an abundant amount of insight, knowledge and skill under her belt. She couldn’t be more excited to share and advise with Foothill students. As the new assistant principal, Perez is constantly asking herself “How can I help the students and the teachers?”

At UC Santa Cruz, she majored in economics and graduated with a “theater major emphasis in directing and a minor in econ,” Perez said.

After living at the college, she got a theater job in Los Angeles as a technical director. Things started to change when she received a call from a friend who was directing a show in San Jose.

“He asked me if I could come up and fill in,” she said.

At the time, she wasn’t thrilled with LA and decided to stay in San Jose. She then was employed at San Jose State managing the football stadium and basketball arena.

Perez moved back to Santa Barbara and found herself working for a medical company. She remarked that she was “working with documentation, doing all the documentation that had to be filed and kept for the FDA.” She soon found herself back at school “to become an engineering major at UCSB.” When the company she was working for was going to relocate to Arizona, she decided not to move and instead, earn her teaching credentials to teach math.

Perez had always been good at math and her mother never failed to tell her this.

For the longest time, she never saw herself in administration because of her love for the classroom. “I’m not shy and I always enjoy meeting new people and I felt like I had a really good environment in my classroom that I always wanted to share [with students],” she said. So what changed?

One day, a friend altered her perspective, they told her being in administration would allow her to “meet and affect and help and support more students,” Perez expressed.

Perez said the primary responsibilities of an assistant principal were “to support students and teachers.”

By being assistant principal, Perez says that she “can do best practices for those students better out here [in administration] and across all curriculum.” Three weeks after speaking with her friend, Perez applied for the Cal Lutheran administrative credential course.

Now that she’s here at Foothill, she describes it as “a dream come true.” She believes “every single kid on this campus has such a zest and such a purposeful path.”

With such strong students and reputation Perez was nervous coming into Foothill.

“I don’t know how I’ll fit into this environment. I’ve been so long at Buena,” Perez said. Yet her worries vanished on her first day at returning student orientation.

“I was overwhelmed by the sense of community that’s here,” she said.

Perez thought everyone was “welcoming and inclusive.” This made her feel like she belonged and was in the right place.

Her main goal is to help and support students here at Foothill and to help students see things from a new perspective. Perez thinks students should know you can “go and try something that you might be horrible at, that might not fit a check box on the college application, but it will give you experience in life to make those boxes easier to check or worthy to check.”