Schmitt and the quest for rigor 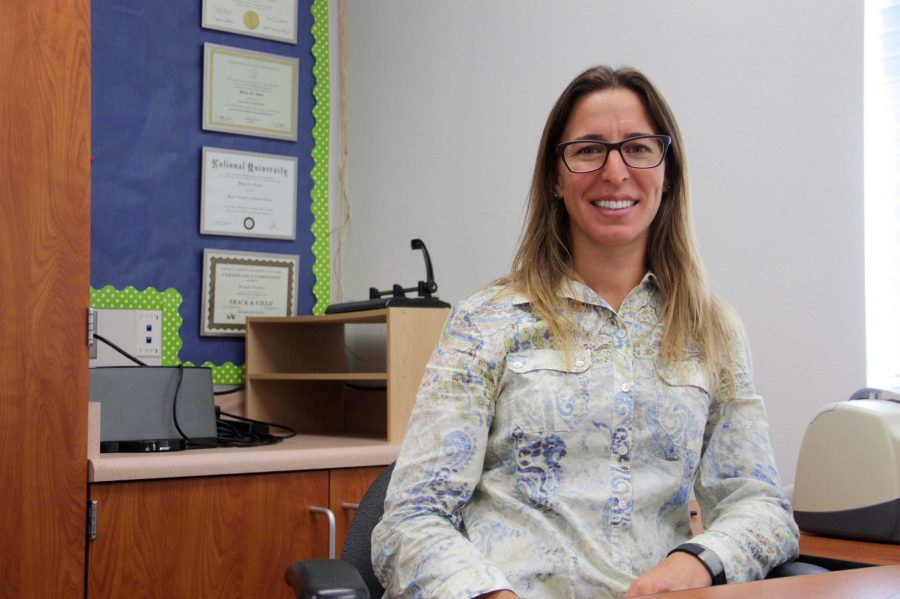 With four years of collegiate softball and countless hours spent surfing, Brooke Schmitt is starting the next rigorous chapter in her life as a teacher at Foothill, and she couldn’t be more excited. Shifting from the physical load to the mental load is just what she has been hoping for. The desire to talk about literature has become a necessity as she begins to teach her classes about Beowulf and other written works.

Her passion for English came at a young age. “I was the English and history type of student, that was my thing. I took them as AP classes,” she said. The hard work through the AP courses gained her an advantage as starting college, skipping over the first year.

Being a student was not her identity however, being an athlete was. She played softball at San Diego State on a full-ride scholarship for all four years. “It was a great experience,” said Schmitt. She also majored in single subject English.

In time, the love that she had for softball faded away after college. “It almost feels like another part of my life,” she said.

She came into another segment of her life. “I just surfed more and was outdoors more. So that was one chapter of my life,” she continued.

“I didn’t go back and get my credential right away. I worked as a sub for a while, then I moved to Ventura in 2004 to take a job with a company called Wetsand,” she said. It was an online store at the time which sold surfing materials and gave the surf forecast. She did a little bit of everything within the company.

She still is able to keep up with her surfing life. “I also make surfboards, just as a hobby, that’s my creative outlet. I’ll make around five surfboards a year or something like that,” Schmitt said.

When the financial crash hit, and when Wetsand went out of business, she got back into perspective. “That’s when I realized I needed to figure out what I wanted to do long term. I went back to school and got my teaching credential and master’s at Azusa Pacific University,” she said.

Schmitt was lucky enough to do her student teaching at Foothill under Melanie “Captain” Lindsey. However her time spent at Foothill was short lived as she began substituting all around Ventura Unified School District while applying for jobs. She then ended up taking a long term subbing position at Pacific High School. When the teacher she was substituting for quit, “that long term sub job turned into a full time position.” She ended up teaching five years at Pacific.

Once her time at Pacific came to an end, she took a job as a seventh-grade English teacher at Balboa Middle School. This  job lasted for two years, and after, she transferred to where she is today, teaching English at Foothill Technology High School.

Having taught middle school for the last two years, high school seniors can be a big jump. This would scare most, but not Schmitt, it excites her. “One of the main reasons I sought this out is because I want that rigour in my life. I wanna talk about literature and that was something that was missing at both of those other assignments,” she said.

The relationships between students and staff at Foothill is somewhat of a unique culture, and Schmitt doesn’t plan to interrupt the cycle. “I think that’s the biggest thing, that I’m approachable, and I’m not here to change anything, I wanna be apart of what is already here, and go with the flow,” she said.