The Foothill Dragon Press • May 26, 2011 • https://foothilldragonpress.org/2601/arts-and-entertainment/music-new/join-this-cult/ 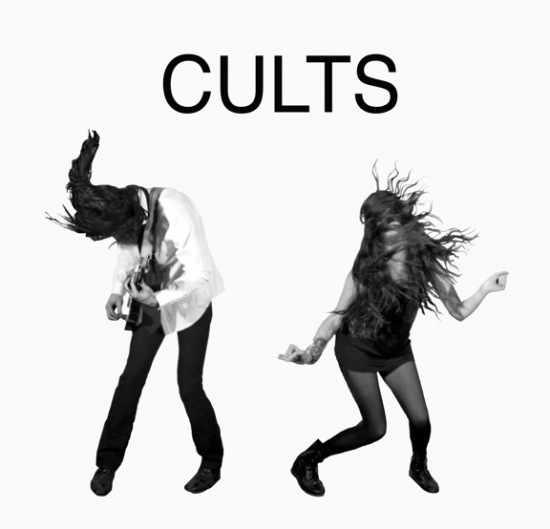 Cults, like The New Pornographers before them, have a misleading name. Besides quotes from famous cult leader Jim Jones to open their most popular track “Go Outside”, Cults the band have no relation to fringe, extreme religious groups.

Cults’ sound harkens back to 1960’s pop, influenced by The Beach Boys and the R&B of that era. They are lead by Madeline Follin, who is the lead singer on all of the tracks except for “Bumper” which she shares with Brian Oblivion, who plays lead guitar.

Cults have an impressive following, even though their self-titled album does not officially come out until June 9, they have already played sets at the South by Southwest (or SXSW) and Coachella music festivals. The duo self-produced three tracks and put them on the internet just last year, now they are signed by Columbia Records and have an avid, though small, fan-base.

The album itself is briskly paced, eleven tracks and all of 34 minutes, but it packs a punch. The tracks are not epic, but they are engaging and catchy pop songs with a distinct dream-like quality.

The first four songs on the album have already been released on the internet, and three of the album’s tracks have official videos that go along with them. You can get most of the album just by looking them up on Youtube, but hearing the album in its entirety is worth the money.

“Go Outside”, the first song the band released is excellent, a credo to the joys of exploration in three minutes of twee pop bliss. The best track on the album, however, is “You Know What I Mean” in which Follin changes tones effortlessly, it is emotional without being melodramatic and powerful without being challenging.

The best track that hasn’t been released on the internet yet is “Never Heal Myself”, which utilizes the glockenspiel to perfection; its lyrical themes are consistent with the band’s most used idea, individuality is important and people shouldn’t tell you what to do.

“Oh My God” was a track that has been released before, but it has been reworked a little bit for the album. The reverberation on the vocals that has been added in production is a little unnerving at first, but it grows on you with each listen.

The last track, “Rave On”, has a title that seems out of place, but nonetheless the song is just as charmingly pleasant as the rest of the album.

Cults has not disappointed since they started putting out music last year, and they are the most exciting new band to come out since Arcade Fire burst on to the scene with “Funeral”. This is high praise to be sure, but Cults deserve it. They might not have the same upward mobility as such a crowd-pleasing act, but their popularity should grow substantially over the next few months.

“Cults” is an excellent taste of what the band has in store, and it is a good sign that the duo is not just a one-hit wonder.  It is the best album of the year so far, and at this point I don’t know if it can be beat. You should definitely listen to or buy this album as soon as possible.

“Cults” is currently on NPR: First Listen and will be released on June 9; pre-sale orders can be made now on the band’s official website.